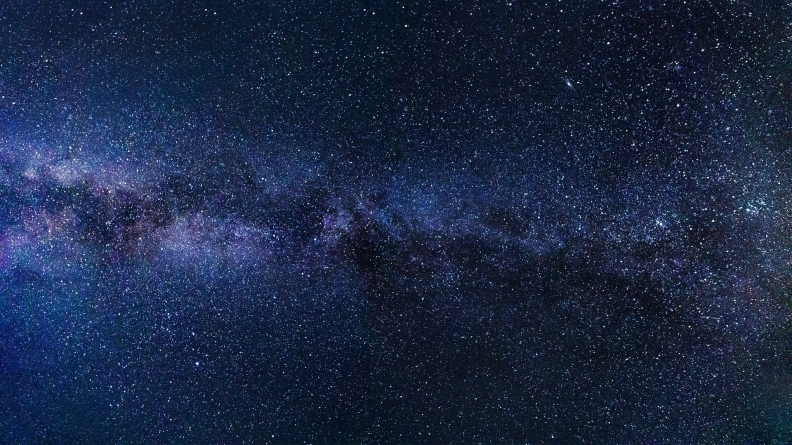 For a substance that makes up approximately 27% of the universe, there is surprisingly little knowledge about dark matter. Despite not actually detecting a dark matter particle yet, we know that dark matter exists because its existence is necessary for galaxies to hold themselves together gravitationally. We also know that dark matter distorts light from distant celestial objects, and this is the property that Chris Fassnacht, a physics professor at UC Davis, and his team utilized to study the substance.

“I have been using gravitational lensing and high-resolution imaging (where you can see many small details) for over 20 years to learn about the properties of the Universe,” Fassnacht said, via email. “About 10 years ago, I started taking advantage of the new ‘adaptive optics’ technology that allows the Keck Telescopes to correct for the blurring effect of the Earth’s atmosphere to get really detailed images of gravitational lenses.”

Gravitational lensing is a non-traditional method of testing theories surrounding dark matter. It is the distortion or bending of light by distant objects as it passes by massive celestial objects.

The standard model of dark matter assumes it to be ‘cold’ and thus have particles that move slowly in comparison to light. A warm model, however, has been proposed that explains the difference between what the cold model predicts and what observations reflect.

“The goal was to see what limits can be set on the ‘temperature’ of dark matter,” said Leon Koopmans, a professor at Kapteyn Astronomical Institute, via email. “Warm dark matter clumps less and gives fewer or smaller anomalies in lensed images. Since we do see some anomalies, we can set limits on how warm dark matter can be (if it’s too warm, we would never see anomaly).”

This study looks mainly at flux-ratio anomalies, although “surface brightness anomalies” are also examined via techniques like gravitational imaging to provide insight into the temperature and corresponding behavior of dark matter.

Former UC Davis postdoc John Mckean — now a professor at Kapteyn Astronomical Institute — was working with Fassnacht on the observation of gravitational lenses using the Keck Telescope in Hawaii. His goal was to identify companion, or satellite, galaxies to mainland galaxies to understand the overall mass distribution of the lenses.

“[What is expected] is that the dark matter is quite smoothly distributed throughout the entire halo but if the dark matter is clumpy, that causes an aberration in the lens which causes the images to look different from what we’d expect in the case of a smooth model,” Mckean said. “What we are trying to do is to look for small differences between what we’d expect from clumpy or a smooth lens galaxy where the clumpiness tells us that dark matter is more consistent with the cold model. Or, if the clumpiness is quite low and the halo is quite smooth we think that is more consistent with what we call a warm dark matter particle.”