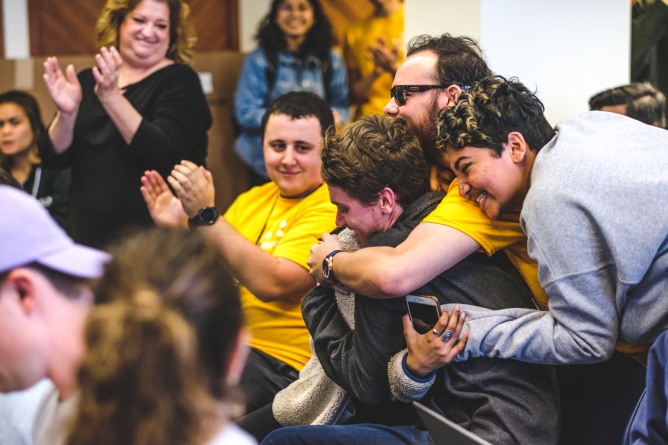 The results of the Winter Quarter 2020 ASUCD Elections were announced at 2 p.m. in the Mee Room of the MU. The Basic Needs and Services Referendum, the focus of hours of campaigning done by ASUCD officials throughout this quarter, passed with the highest voter turnout of any initiative in ASUCD history.

Starting in Fall 2020, the fee will start at $34 per quarter and then increase by $8 per quarter thereafter until 2030. After the last $8 increase in 2030, the fee will be indexed to inflation. The fee increase will ensure the survival of many student-run organizations, events and jobs. ASUCD will continue as a unique, autonomous student government for generations to come.

Constitutional Amendment #67, The Constitutional Cleanup Amendment, also passed. CA #67 rewrote the ASUCD Constitution in response to growing textual inconsistencies, but also moved Winter Elections to Spring Quarter. This puts ASUCD in line with other Associated Students organizations across the UC that hold their elections in fall and winter. Specific amendments include defining the External Affairs Vice President role with increased detail and solidifying a 10-year budget plan. A total of 94.44%, or 8,126 students, voted in favor of the cleanup amendment, 5.56%, or 478 students, voted against and 1,985 students abstained.

Kyle Krueger and Akhila Kandaswamy were elected to the presidency and vice presidency, respectively. They ran on the BASED slate.

Ashley Lo ran unopposed for the student advocate position. This brand new position exists as a non-partisan officer representing students involved in disagreements with the university.

Correction: This article incorrectly listed the number of senators elected from each slate. It has been corrected to clarify that three senators were elected from BASED, two from Thrive and one independent. The Aggie regrets the error.