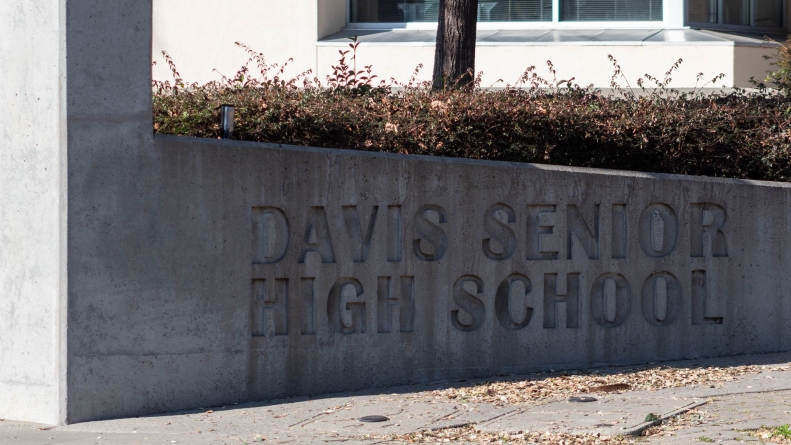 The discussion over ethnic studies, rooted in the late 1960s, has only grown in prominence since activist movements of the day and has become integrated into university education. California students spearheaded the movement, calling for the establishment of ethnic studies programs in 1969. UC Davis was one of the first universities to adopt a program which celebrated its 50th anniversary this school year.

Recent state legislation proposed a further expansion of ethnic studies into high schools, making it a graduation requirement for California students. The 2019 ethnic studies bill, AB 331, however, entailed a description of a model curriculum that generated significant controversy, causing an extension of the bill by one year.

Despite these setbacks, the Davis Joint Unified School District (DJUSD) is beginning a discussion over how to implement ethnic studies into the curriculum with the formation of a task force.

“We, as a community, would like to move forward […] regardless,” said Rody Boonchouy, associate superintendent of Instructional Services. “We want to work in parallel [with the state] so that we have the important dialogue and conversations with our stakeholders about the values and objectives of ethnic studies in our school district.”

DJUSD held its first of four task force meetings on Feb. 19, signifying the beginning of a process to determine what changes to make and how to incorporate these changes into the standing curriculum. The task force, comprised of students, parents, staff and UC Davis faculty, will focus on developing the ethnic studies program.

“We will be focusing on three driving questions for this task force,” Boonchouy said. “What problem are we trying to solve? What does the research say about ethnic studies? [And] what do we know from implementation case studies? What have been the successes and challenges, so that we can know what the pitfalls [are] and be intentional about our own implementation.”

In June 2020, the task force will present to the board of education the findings from their meetings and a recommendation outlining future steps.

“One possible outcome for the next phase would be a working group to start building a program,” Boonchouy said.

According to Boonchouy, the discussion of ethnic studies plays a significant role in education and representation.

“The national narrative that started [in the 1960s] around marginalized voices [functioned] so that we better understand how communities have not had a seat at the table [or] may not have had the opportunity to be represented through our curriculum and through our schools,” Boonchouy said.

Boonchouy said the inclusivity of the program could help students feel more connected to their education.

“We want a program that benefits all students, particularly those whose identities, cultures and communities may not be reflected in existing curriculum and content,” Boonchouy said.

According to communication and East Asian studies professor Bo Feng, recent studies have shown there is clear value in teaching ethnic studies.

“There is pretty overwhelming, consistent, empirical evidence showing that incorporating ethnic studies in school curriculum can benefit students across the board, not just students who are Hispanic or African American, but they benefit the general student body as a whole,” Feng said.

According to Boonchouy, there is an important distinction between ethnic studies and multicultural education, although the two are not mutually exclusive.

“Multicultural education has been more [focused] around [making] sure that in schools and in classes […] that we are reflecting diverse people and contributions,” Boonchouy said. “Ethnic studies has focused on the marginalized voices, particularly of people of color and [their] impact […] and finding an opportunity to identify local community issues and take an active role in addressing them.”

Following this idea, Boonchouy believes the ethnic studies program at DJUSD should be tailored to the specific needs of their community.

“Even though you look at academia and how these programs or approaches have been defined academically, we may develop something that is unique to us and inclusive of more groups or different constructs that we believe are important,” Boonchouy said.

Ethnic studies for all walks of life

The task force will discuss the age at which to implement the ethnic studies program.

“We don’t have a preconceived concept of what the outcome is going to be for the program, […] whether it’s a single high school course or if it is an integrated experience woven all the way through elementary school, junior high and high school,” Boonchouy said.

For Boonchouy, there is a strong case for teaching ethnic studies as early as possible.

“A lot of advocates would say ‘start young and be explicit about the role of diverse voices and ethnic groups and perspectives in our society and in our history and speak to that at a younger age so that students don’t have to unlearn their history when they get to high school,’” Boonchouy said.

Racial biases in education can have long-term impacts on children, who aren’t necessarily aware of these biases, according to Feng.

“When they grow up, [children] develop biased perceptions, perspectives, ideas and world views about people and about the world in general, which is not a good thing,” Feng said. “We want our kids to grow up with a more objective and comprehensive and fair understanding of […] history.”’