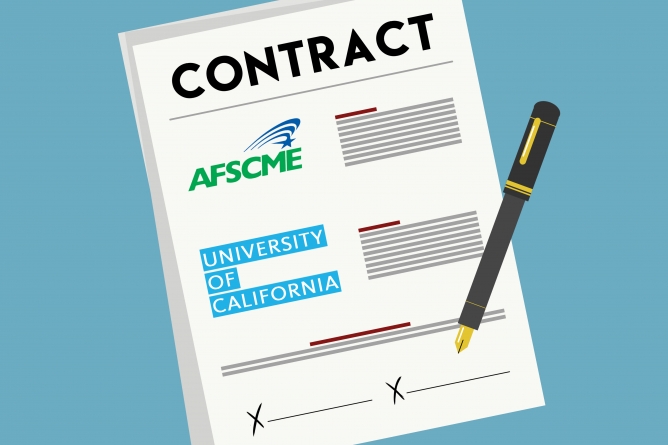 Workers protected by a contract after three years out of contract

Service and patient care workers affiliated with the American Federation of State, County and Municipal Employees (AFSCME) Local 3299 union ratified their contracts from UC on Jan. 31 and Feb. 7, respectively. The two classes of employees work under separate contracts.

On their Twitter, the union announced that 99% of service workers and 99% of patient care workers voted to ratify the contracts, reached on Jan. 22 and Jan. 28.

AFSCME Local 3299 workers represented by the union, along with union supporters, have led strikes six times in the past two years, as the negotiations for new contracts have been ongoing since 2017. The most recent strike, on Nov. 13, protested alleged job outsourcing and unfair labor practices.

Osiris Hal, a second-year psychology major interning for the union, said that the contract came out of students’ love and dedication for the workers.

“The next step for Davis looks like telling the rest of the campus our story and the collective work that was done by workers and students in order to continue fighting for others,” Hal said.

AFSCME Local 3299 workers at UC Hastings are still in negotiations for a contract.