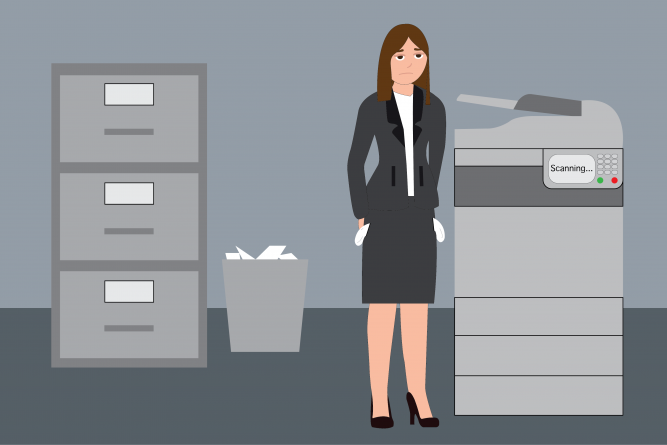 Not everyone can afford to work for months without pay

I miss my childhood summers: playing in the front yard ‘til dusk, completing the exhausting “Just Dance 3” levels and staying up late during weekend-long sleepovers. These summers provided an escape from the trials and tribulations of pre-algebra and spelling tests.

Summer in college is another story. Between going back home and seeing friends from high school, students’ summer plans are often tentative and depend on whether or not we get that coveted internship.

Generally, these internships are valuable because they provide work experience in your desired career, which is hard to come by considering most fields only actually hire those who already have experience. It’s sort of an infinite loop of seeking experience through an internship while also needing experience to acquire it. It’s a trap that we often don’t realize we are in until we get to college.

Internships are synonymous with success for a young adult who hasn’t entered the workforce. Unpaid internships show that we’re noble enough to lend ourselves to our crafts without compensation. Once you’ve got one, you’re the talk of the town. Your mom is humble-bragging at the 4th of July barbecue about your passion and drive, and your LinkedIn profile gets a boost.

Did I mention that you aren’t getting paid at any point during this process?

I definitely sound like an entitled millennial or zoomer (who knows at this point), but I think it’s pretty ridiculous to expect notoriously broke college students to be okay with unpaid work.

Unpaid internships are only viable for those who can afford not to work for two to three months out of the year. Due to the wealth gap, which continues to widen, the lack of paid internships makes it difficult to gain vital work experience and disproportionately impacts marginalized groups.

Expecting students to have the resources to support themselves without pay is ignorant of the socioeconomic barriers many students face. Many college students don’t have intergenerational wealth or the connections that are often needed to land an internship.

Then there’s paid work. I’m talking about minimum wage jobs: Everything from filing papers to ice cream scooping. We often reserve these jobs for the school year and consider them a fallback for “failed” college students who didn’t get one of the sparkly internships.

Working has provided me with countless skills: customer service, time management and accountability, to name a few. The possibility of earning tips meant that I was constantly working with maximum effort.

Despite all these benefits, internships are the prevailing summertime interest among undergraduates. When I ask my friends about their summer plans, they always say how they’re seeking internships over employment. If the internship search doesn’t work out, then they’ll just have to work.

What’s even more frustrating is the way that summer jobs aren’t considered nearly as valuable as these internships in terms of the experience they provide. This is, in part, because of a belief that you would only be working somewhere and dedicating yourself solely for the paycheck.

If you want to be a doctor or a lawyer, it’s unlikely you’d want to brave the rigor of med or law school without the promise of a fat check at the end of the winding road.

Sure, money is a definite benefit of working. I’d be lying if I said I didn’t do a happy dance every time I got a paycheck or an especially generous tip. Aside from braggadocious rap culture (see “Money Trees” by Kendrick Lamar), earning money has often been vilified and seen as a selfish practice. Hustle culture, however, is transforming this idea.

The argument of internships versus jobs is one that pits two versions of hustle culture against each other. Seeking internships is a long-form version of hustling — you’re hustling to secure a future for yourself. Paid jobs are a short-term hustle. Both are investments in the future, but the timelines are different.

What if we equalized the two fields? We could get rid of unpaid internships altogether. I don’t see the reason why anyone should be deemed undeserving of compensation for their work merely because they lack prior experience.

Establishing an internship wage would also encourage those who previously couldn’t pursue internships to break into the field. It deepens the talent pool for companies, and who doesn’t want more young talent from which to choose?

Bridging the wage gap is not a quick fix, but opening doors through internships would allow students to work toward a better future.