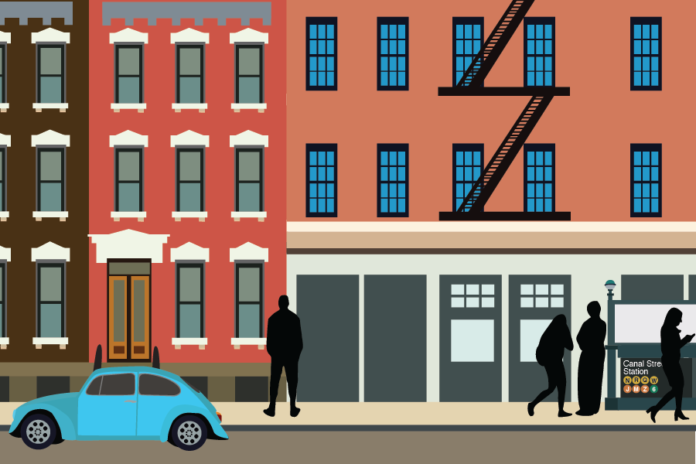 In recent years, Americans have been leaving the big coastal cities for other locations deemed more affordable. There’s a possibility, however, that New York City isn’t as unaffordable as it may seem at first glance — it might even be more affordable than many “cheaper” cities.

A report from earlier this year in the Citizens Budget Commision (CBC), a non-profit organization based in NYC, examined the issue of affordability from a holistics lens, taking into account each cities’ median income and transportation costs. The report found that NYC is comparatively more affordable than cities like Houston, Phoenix and Portland— cities that are perceived to be the cheaper option.

Housing is what people spend most of their income on. In 1969, The Brooke Amendment to the U.S. Housing Act of 1937 mandated that, “rent in public housing projects may not exceed 25% of a tenant’s income.”

“Families who pay more than 30 percent of their income for housing are considered cost burdened and may have difficulty affording necessities such as food, clothing, transportation and medical care,” according to the U.S. Department of Housing and Urban Development (HUD).

But a report from the Joint Center for Housing Studies at Harvard University found that in 2016, about 38.1 million people spent more than 30% of their income on housing. Since the aftermath of the Great Recession, real home prices have been increasing throughout the United States, in some places more quickly than others, causing millennials to migrate to different states.

But housing is just one of many factors when it comes to considering a location’s affordability. “A city’s location affordability depends on three factors: the cost of housing, the cost of transportation, and income,” according to the CBC report. The Location Affordability Index (LAI) from the U.S. Department of Transportation and HUD is an indicator of housing and transportation costs at neighborhood levels. HUD calculates the LAI for eight different types of households, which are categorized by various characteristics.

A location’s affordability is measured by looking at these costs relative to income, and that is where the results might be surprising. NYC has the eighth highest median household income. When looking at the LAI, which takes all this information into account, NYC ranks as the eighth most affordable city — ahead of Denver, Atlanta, Houston and others. NYC’s high housing costs are offset by it’s much lower transportation costs, but it still spends 45.3% of income on housing and transportation, making it out of reach for many individuals and families.

All of this underscores the importance of investing in transportation infrastructure that can make cities more competitive and affordable places to live in. NYC’s lower transportation costs are likely due to a high usage of public transportation. Owning a car isn’t cheap — it comes with many small but significant costs, such as gas, insurance and maintenance, all of which can quickly add up (especially when there are multiple cars).

This isn’t to say that NYC is a feasible option for everyone — it still doesn’t fall under the 45% affordability threshold. But when taking the different factors of affordability into account, it becomes clear that transportation plays a much more important role in determining affordability than it may seem. Paying attention to housing prices is important, but it is equally important to think about public transportation, walkability and other modes of mobility when deciding where you call home.