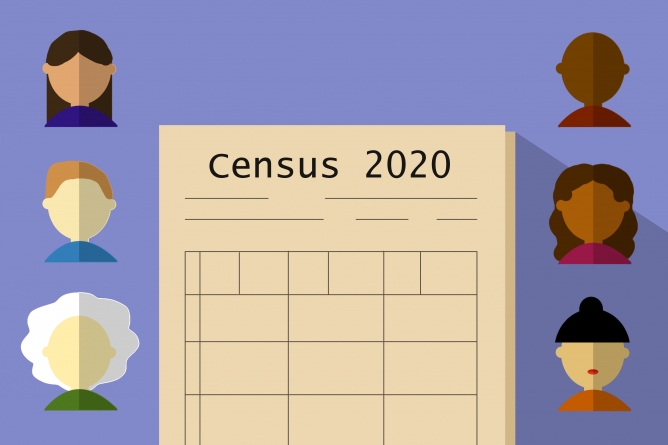 Yolo County officials are partnering with other local organizations in an effort to reach out to historically hard-to-count populations — a group that includes both students and immigrants —- for the 2020 census.

The 2020 census will take place in March through April of this year, according to the Yolo County website. During this time, the U.S. Census Bureau will attempt to collect information on every individual and their home location in the U.S. Households will receive mailers inviting them to fill out a census survey online, via phone or by mail. Those who don’t self-answer the survey will receive phone calls and then door-to-door visits from census workers in April, according to the site.

A lot is at stake during a census, according to Jenny Tan, the public information officer for Yolo County. Beyond the useful data it provides, the census plays a critical role in the federal government’s allocation of public funding, as well as assigning the number of representatives per district in the U.S. House of Representatives. Tan listed some of the public programs, services and institutions that rely on federal funding for their operations.

“Not a lot of people know that the state gets over $70 billion in federal funding every year, and that’s based off [of] census numbers,” Tan said. “Our county also gets money based on census data — we get about $16 to 17 million every year. All of that money gets funneled back into the community — it goes toward hospitals, schools, Title I and Title III. It goes toward Pell Grants, WIC, CalFresh, Medicaid, Medicare [and] after-school programs.”

Even on an individual level, residents have a big impact on how much money their communities receive, Tan said — a single uncounted resident means the loss of tens of thousands in federal funds.

There will be many challenges in counting certain communities during the 2020 census, however, according to Tan. Immigrant populations are among these, both because of language barriers and distrust of the federal government among some migrants. In July 2019, President Donald Trump signed an executive order that would add a question regarding citizenship status to the 2020 census, Vox reported. The order was struck down by the Supreme Court, however, ensuring that the census would not include the citizenship question.

Nevertheless, Tan said, the threat of immigrants’ information being shared with the federal government has only compounded distrust among some, making many immigrants reluctant or afraid to participate in the census.

“There’s just been so much fear and anxiety around being an immigrant — what your status is,” Tan said. “Last year, they were talking about having a citizenship question on the census, and that really spurred that on even more. California is the state with the highest percentage of immigrants that live here, so the state as a whole and the county realized [that]  we need to do a lot more in terms of getting everyone counted.”

Much of the messaging around the 2020 census has emphasized the confidentiality of any data collected, as well as the lack of a citizenship question. A page on the census website titled “Fighting Census Rumors” responds to questions about a citizen question with an emphatic “no.”

“The 2020 Census does not ask whether you or anyone in your home is a U.S. citizen,” the site reads.

The county has partnered with smaller, local non-profits as part of its outreach efforts. Jessica Hubbard, the executive director of the Yolo Community Foundation, said that these local groups typically have long-standing relationships in their communities, which makes them effective coordinators and attaches familiar, trusted faces to census outreach efforts.

Another one of the largest groups among hard-to-count populations in Yolo County is students at UC Davis, according to Tan. For most students, the 2020 census will be the first census they participate in as adults, as they had previously been counted under their parents. Moreover, they may not realize they will be counted in their current location, not a permanent address elsewhere.

“Students use our roads, they use our hospitals, they sign up for public assistance programs — so they’re using the services here,” Tan said. “Once that student graduates, another comes to take their place […] even though that population may be changed out frequently, it’s a pretty stable [measure] for the population of Davis and Yolo County.”