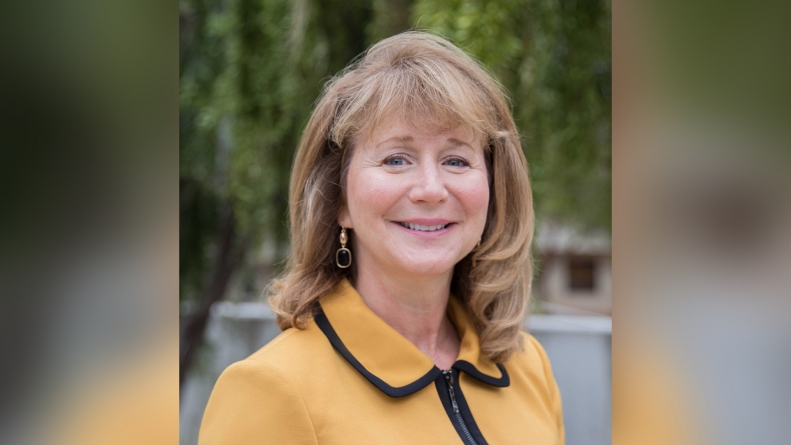 The California Aggie spoke to Jennifer Curtis about her experience for Women’s History Month. Our HERstory series will continue throughout the month of March.

In STEM-related fields, particularly engineering, men significantly outnumber women. According to Forbes, women made up 14% of engineers in 2016 — in other words, one out of every seven engineers is a woman. To many, this percentage might seem small, but it was even smaller in the 1980s when Jennifer Curtis, the first female dean of the UC Davis College of Engineering, was in graduate school. For Curtis, being the only woman in the classroom was a common experience.

“Way back in 1979 when I started college, Purdue actually was one of the leaders in terms of the percent of women studying engineering,” Curtis said. “That changed drastically when I went to Princeton for graduate school. Then I was the only woman in my class.”

A future for females

As a student, having female faculty to look up to helped Curtis realize her goals.

“I was lucky, in both Purdue and Princeton, there was one woman engineer faculty member,” Curtis said. “Just her presence, seeing that she was doing the career that I was envisioning for myself, personally, it made all the difference to me, knowing that it was possible.”

Since the 1980s, the statistics in engineering have drastically changed, according to Curtis.

“Now, in our college, for instance, we have 25% women engineering faculty,” Curtis said. “This is a huge difference, [compared to] one.”

Seeing people like herself working as engineers inspired Curtis to succeed. According to Curtis, having faculty representation of the student body can only improve students’ education.

“When you look at different groups and identities, you might not always see that person to look up to,” Curtis said. “I want to make sure our students always can see that role model or interact with that role model. I know for me it made a world of difference.”

Curtis has found a uniquely interactive community of engineers while working at UC Davis.

“I just really felt the spirit of community here and also […] all the interdisciplinary projects,” Curtis said. “I had never seen that much collaboration in a large, public institution.”

UC Davis is also different because of its dedication to promoting inclusivity.

“A lot of institutions today, they certainly support diversity, but the level of commitment and the level of heart commitment is different here at Davis than other places,” Curtis said.

The power of mentorship

Mentors and advisors helped guide Curtis throughout school and helped her choose a career path. She did not have any engineers in her family and chose the engineering major based on the suggestion of her high school counselor.

“He just said he saw that I always liked chemistry and math,” Curtis said. “Now I look back, and he was pretty progressive. I mean, this is 1978 and he was telling me, ‘You should be an engineer.’”

As mentorship greatly enhanced her education, Curtis is dedicated to providing similar opportunities to engineering students at UC Davis, particularly by providing information about potential career paths for new students.

“Thirty-five percent of our students in our engineering college are first-generation,” Curtis said. “I’m very passionate about having those students know right away what engineering […] is and getting them involved in some engineering projects [and] connecting them with alumni mentors.”

By interacting with alumni, Curtis believes students can make an informed decision about their major and learn the benefits of having a degree in engineering.

“I’m passionate about having as many students as possible who come into my college finish with that engineering degree,” Curtis said. “If they have that degree, the world of opportunities is going to be so broad for them.”

“That’s something I’m very passionate about: Retention of our students to engineering and having students understand what engineering is right away and how engineers can make an impact on the world,” Curtis said.