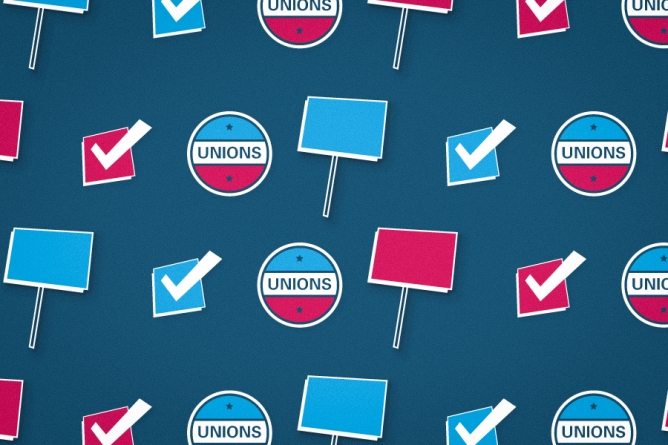 The UC’s handling of the shift to remote instruction reflects a lack of interest in “prioritizing student education and providing lecturers what they need to support their students,” according to lecturers from UC Berkeley, UC Davis, UC Los Angeles, UC San Diego and UC Santa Cruz who spoke at a University Council-American Federation of Teachers (UC-AFT) press conference held today.

Alison Black, an education studies lecturer at UCSD, said she was teaching her last class of Winter Quarter when she found out — through her students — that the university was moving to remote learning in Spring Quarter and that Winter Quarter finals were interrupted.

“I couldn’t answer any questions, because they found out before I did,” Black said. “Students, for the most part, found out about the instructional changes before instructors and faculty.”

Lecturers like Black, who are on the quarter system, had only the remainder of the last week of instruction for Winter Quarter, finals week and spring break to prepare for an online Spring Quarter.

Crystal Chang Cohen, who lectures at UC Berkeley, one of the two semester schools in the UC system, had to make the switch from in-person to remote instruction in one day.

She recalled being in class on March 8 and the next day receiving an email telling her not to come to class “because everything is going online.”

“We were struggling to go immediately online,” Chang Cohen said. “I keep hearing things from my students before things become official, which makes me feel so ill-informed, unprepared and stupid in front of them.”

The UC said decisions made regarding the dissemination of COVID-19 information are determined by each campus, in a statement from the UC Office of the President provided to The California Aggie via email.

“Each campus has its own COVID-19 website for its community, including students, with local resources and contact information,” the statement said. “Systemwide employees can find information and resources on UCnet […] and are encouraged to speak with their supervisor with any concerns.”

UC-AFT, which represents over 3,500 lecturers in the UC system, has been bargaining with the UC over COVID-19 protections since March 13. The union has also been in contract negotiations with UC since April of 2019, according to an FAQ and bargaining update on the UC-AFT website. The current contract protecting lecturers expired on Jan. 31, 2020.

Mia McIver, the chief negotiator for UC-AFT’s bargaining unit and a lecturer for the writing program at UCLA, said she hopes the UC will implement more standardization in its COVID-19 response.

“We want to have comprehensive emergency response plans for all campuses and contract extensions for all teaching faculty so they know that they can and should be preparing classes for the summer and fall,” McIver said.

This is particularly important, she added, because lecturers, who are on short-term, part-time contracts and often work multiple jobs to stay afloat, already face job insecurity, without a pandemic.

According to a press release from the union published on April 6, UC lecturers teach over 30% of student credit hours. At UC Davis, around 30% of classes are taught by lecturers.

“UC has historically been reluctant to invest in lecturers even though we are front-line educators primarily responsible for developing relationships with and teaching our students,” McIver said.

McIver also expressed concern about the inconsistency of resources from campus to campus, calling the available resources “collections of links to explore in [their] own time” and saying they are not targeted to what people need on an individual level.

The UC said in its statement that it has been working “very hard” with UC-AFT and individual lecturers to provide lecturers with the support they need.

“[This has been through] including resources for working at home such as addressing Internet connectivity, as well as using their empty office on campus if working at home is not feasible,” the UC’s statement said.

The union, however, contested this in its press release, which centered the experience of UC Davis lecturer Jillian Azevado, arguing that the UC has not been taking lecturers’ job security, health and safety seriously.

Azevado, according to the press release, has asthma, and was recently told by administrators to go back to work at her campus office, which is a “small, shared room in which safe social distancing would be impossible” because she didn’t have a desk or a steady internet connection.

“While refusing to supply better Internet, UC negotiators expressed frustration that Azevedo kept disappearing from the Zoom call because of her weak Internet connection,” the press release stated.

Katie Rodger, the president of UC-AFT Local 2023 and a lecturer for UC Davis’ University Writing Program, said lecturers weren’t just asking for better equipment for the sake of it.

“Faster Wi-Fi, our own computers, better desks — these are essential tools,” Rodger said. “If [the] UC wants to claim it’s the greatest educational institution in the world, it needs to stand by that claim and implement the best educational infrastructure in the world.”

Rodger emphasized the fact that not every lecturer has an office in an accessible location, and that lecturers who are parents — including herself — cannot just leave their children.

Black said that working from home has been a “huge struggle,” as she has been working while also tending to her family’s emotional needs.

“The work-life balance is always emotionally burdening, and when I’m the instructor, I can’t lose it,” Black said. “I considered taking unpaid leave for the whole quarter.”

Though she tried to access faculty and staff mental health services, she said it takes weeks to get an appointment “if you’re lucky,” and that she hasn’t been able to take advantage of those services yet.

Black’s department eventually helped her and her family relocate, but she echoed McIver’s wish for more standardized support from UC.

“We don’t have the resources we need to maintain stability and focus at the levels required for our success and our students’ success,” Black said.
In its statement, the UC said it would follow campus reimbursement policies, with requests for resources handled on a case-by-case basis to determine how it can best accommodate individual needs.

“We are continuing to work with public health officials to take steps that prioritize the health and safety of the UC community while continuing to deliver quality educational services,” the statement said. “The University is dedicated to making sure UC instructors are successful in the remote learning environment.”

Josh Brahinsky, a lecturer from UCSC, called the university’s response “chaotic,” and said it bore parallels to the way the Trump administration responded to the pandemic.

“We are happy to do our work and make sure we do it well,” Brahinsky said. “{The] UC is recognizing that lecturers’ work is crucial, which is interesting. It’s new recognition, but they’re not giving us the support we need to make [our work] happen.”

Brahinsky pointed out that most of the lecturers in the call were taking care of their kids, were in their kids’ spaces or had their kids in the background while participating in the press conference.

He said that UC management has tried to ask faculty and librarians to sign agreements to say they would not be responsible for childcare during work hours.

“For most of us, that’s completely impossible,” Brahinsky said. “Who are you going to hire? The kid down the street?”

Rodger, who has two degrees from universities in the UC system, said it was hard to get “more Team UC than me.”
“I’m proud to be part of the UC system, but I’m just so appalled [at the UC response],” Rodger said. “If I had a student in the system right now, I would be furious at the lack of response on behalf of the students. I just want action. I want to see more leadership.”