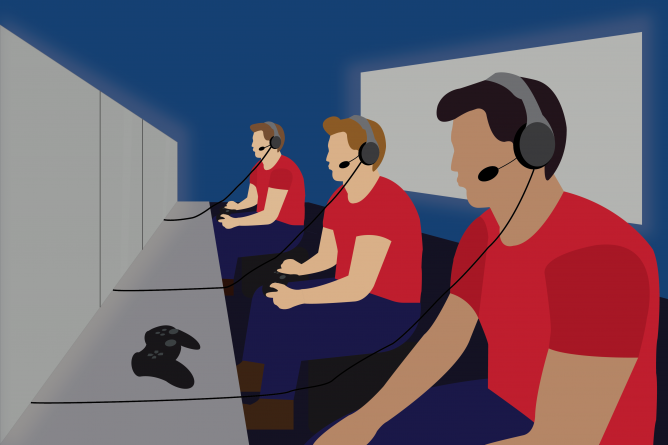 In light of the recent shift to remote learning and the precautions taken to minimize social contact, UC Davis Campus Recreation made the decision to cancel all planned Spring Quarter intramural sports. In place of these activities, Campus Recreation has teamed up with Gunrock Gaming to expand the rec sports program and bring an Esports digital recreation program to the UC Davis community.

The program, which falls under the Aggies at Home initiative, is currently open for enrollment. It will allow students to connect with one another and compete in a variety of online games and tournaments. To determine which video games to include in the program, Campus Recreation and the Gunrock Gaming solicited feedback from the UC Davis community via surveys. Through these surveys, they were able to gain a better understanding of what resources students currently have access to, student preference for timings of competitions and which games to include in competitions.

Luis Castro, the lead for the Aggies at Home Esports Committee, said the goal of this program is to help expand the recreation center service from strictly physical to online so that students can continue to stay connected to campus and each other.

“The goal is to bring students together through competition and create a community even if participants are miles, states, or countries apart,” Castro said via email.

The program will include a large range of games that are both team-based as well as played individually, including Super Smash Bros Ultimate, Call of Duty: Warzone, FIFA 20, League of Legends and more. Registration to take part in the online tournaments is free, and many of these games were chosen because they are free to play online.

Castro, a gamer himself, got involved with the program as a way to combine his passion for gaming with community service and to help students stay connected with one another.

According to Ferguson Mitchell, the assistant manager for the Memorial Union in charge of the games area, the idea for the Esports program has been around for a while. Conversations about a possible gaming recreation program started when the Gunrock Gaming facility was first launched in April of 2019. Now, with all in-person instruction canceled, the idea was brought up once again.

“It’s a really good time to engage, because a lot of people are turning towards gaming [and] the internet,” Mitchell said.

Mitchell said he hopes the interest from students in the program this quarter will allow him to keep the program running as a permanent feature of the Gunrock PC gaming facility and rec sports, even once the campus resumes in-person instruction.

For Mitchell, the desire to bring gaming to the whole campus is personal. As an undergraduate student at UC Davis, Mitchell founded a Starcraft video game club that competed on the national level. After developing his passion for video games, Mitchell began competing in the Esports world in 2010.

Despite graduating with a degree in civil engineering, Mitchell found his passion through the club he founded. Once he graduated, he focused on making a career for himself within the Esports world.

“I turned [that passion] into a career, and I’ve been doing Esports streaming for a while and then Esports journalism for eight years now,” Mitchell said. “It’s kind of like a night and weekend job I still have and I like doing just to stay involved in that community.”

Although the Starcraft club disbanded due to the rising popularity of other games, such as League of Legends, Mitchell still maintains a connection with the gaming club on campus. He regularly communicates with them through the UC Davis gaming discord channel and helps arrange events including online tournaments at Gunrock Gaming and the MU.

Mitchell is intent on continuing to foster the sense of camaraderie and fun, not just for the students involved in those clubs, but also for anyone in the student body with an interest in gaming. Through the discord channel, Mitchell regularly checks in with the student gaming community, asking them what times work best for the members, what games they want to play and what kind of support he could provide them.

“People want support with mental health right now,” Mitchell said. “I was surprised to see that being the number one thing, and I think it’s just acknowledging that we’re all kind of going through a really tough time with how things have changed. And that is my number one goal right now, to support students, to give them a place to go to have fun [and] to try to capture some of those feelings they would have hanging out with friends on Friday night.”

Those interested in getting involved in the gaming community on campus can join the Gunrock Gaming Discord channel or sign up to participate in the E-Sports Recreation program through Fusion IM.