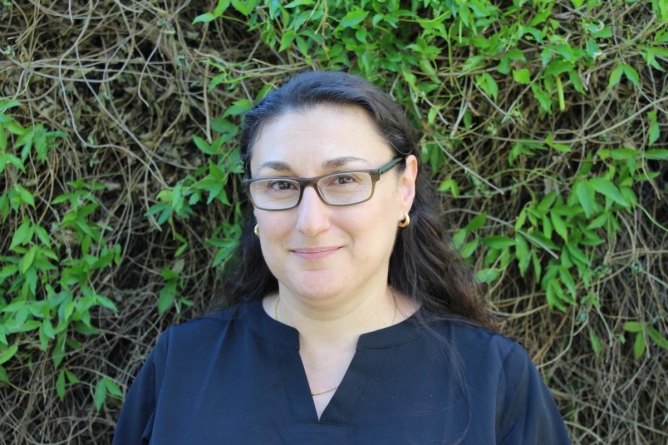 On April 8, the John Simon Guggenheim Foundation awarded UC Davis art history professor Heghnar Watenpaugh with a fellowship to support her research on the medieval city of Ani on the present-day Turkey-Armenia border. She is one of the 175 artists, writers, scholars and scientists awarded a fellowship, selected from a pool of 3,000 applicants. Prior achievement and potential are the basis for the foundation’s decision.

“It is a tremendous honor to receive this fellowship,” Watenpaugh said via email. “Such prestigious awards are tremendously important, they lend prestige and authority to any research project.”

Declared a world heritage site in 2016 by UNESCO, Ani served as a cultural and trade center on the Silk Road during the 10th and 11th Centuries A.D. Watenpaugh specializes in the history of art, architecture and urbanism in the Middle East as well as cultural heritage and museum studies, which makes Ani a specific point of interest for Watenpaugh’s research. Several of Ani’s architectural feats, like the citadel, still remain, serving as a testament to the ingenuity of their medieval architects.

“I have always known about Ani, since it is such a central cultural and religious site for Armenians,” Watenpaugh said via email interview. “I was only able to visit Ani as an adult. Ani is a stunning site, and no visitor can leave unimpressed.”

Watenpaugh’s current project is based on an article from 2014 titled “Preserving the Medieval City of Ani: Cultural Heritage Between Contest and Reconciliation” for the Journal of the Society of Architectural Historians, according to the UC Davis website. The article won the Ömer Lütfi Barkan Article Prize from the Ottoman and Turkish Studies Association.

“I am writing a book that will tell the history of this city, and examine the impact these modern visitors had on the city and the way the city transformed them in turn,” Watenpaugh said via email.

She expressed the importance of studying Ani and the vantage point it lends.

“Ani is an example of a stunning cultural heritage site that is caught in contentious political and historical processes,” Watenpaugh said. “The history of Ani sheds light on dilemmas shared by other cultural heritage sites in danger in post-conflict societies like Jerusalem, Belfast, Mostar, Bamiyan, or Beirut.”

According to a press release, the foundation has granted more than $375 million in fellowships to over 18,000 individuals since its establishment in 1925. This year’s class of fellows are represented by 53 scholarly disciplines and artistic fields, 75 different academic institutions, 31 states and the District of Columbia and two Canadian provinces; fellows range in age from 29 to 82.

More of Watenpaugh’s research and information about the lectures she teaches are available on the Art History Program website.