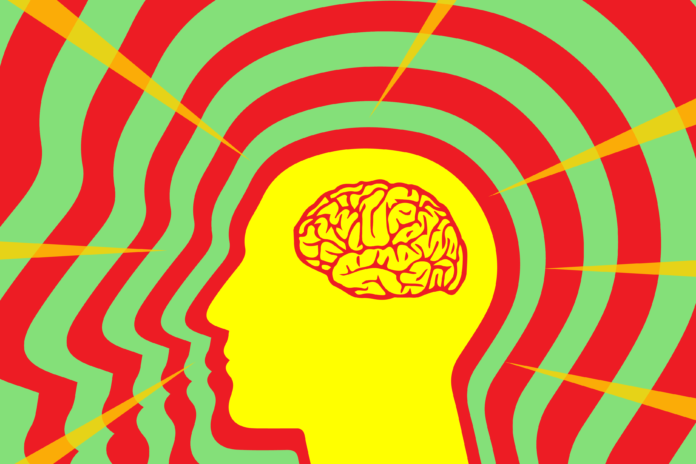 To “flatten the curve” of the novel coronavirus, individuals have been asked to stay in their homes and distance themselves from others. Many find this unprecedented social distancing stressful, yet avoiding social situations is a common tendency in individuals with autism and psychiatric illnesses, including depression and anxiety disorders.

Therapies for these symptoms remain widely misunderstood, as effectiveness of treatments varies among patients. UC Davis researchers, in collaboration with scientists across the U.S., studied how oxytocin, a neurotransmitter produced by the hypothalamus, affects social behavior. Through experiments with mice, researchers investigated whether pharmacological therapies should target oxytocin in order to alleviate social withdrawal in mental illness, said Alexia Williams, a postdoctoral student in biological psychology and lead researcher of the study.

This study’s approach stems from previous research which identified that individuals are less likely to engage in unfamiliar social situations after exposure to stressful situations, said Brian Trainor, a professor in the department of psychology. If an individual had a previous negative social experience, that person will often be more cautious in the future and the person’s motivation to engage in new social situations will diminish as a protective response.

“What our lab has been focusing on lately and kind of bringing more attention to you is this idea of vigilance and that it’s not just that individuals are avoiding social situations after a bad social experience, they’re actually paying attention to other individuals,” Trainor said.

Through behavioral tests with mice, researchers created stressful social experiences, like exposing the mice to a “bully” mouse. The researchers observed that the mice not only started to avoid the stressful situation, but also displayed “social vigilance,” where they paid attention and orientated themselves toward it, as though they were watching, Trainor said.

“We study behaviors in rodents that we think are in some ways reminiscent of some behaviors that people show,” Williams said. “For example, rodents after they’ve experienced some sort of stressful experience, they’ll avoid social contact. We consider that to be similar to how people will function. People choose to isolate themselves when they’re feeling very anxious or feeling very depressed.”

This behavior displayed in mice has been studied by developmental psychologists for a long time. Behavioral inhibition, a combination of avoidance and vigilance, is one of the biggest risk factors predicting whether a child will have an anxiety disorder, Trainor said.

“Not only are [the mice] avoiding these situations but they’re paying attention to it,” Trainor said.

After observing the mice’s behavior, the researchers studied their neural circuitry. The researchers focused on understanding the nucleus accumbens (NAc), an area in the brain known to mediate motivated behaviors and express oxytocin receptors. When activated, these oxytocin receptors promote social approach, Duque-Wilckens said.

The researchers investigated how cellular activity, through different molecular pathways, is modified by oxytocin receptors. By using different drugs that activate or inactivate only one or a subset of these pathways, Duque-Wilckens said the researchers were able to better understand the role of oxytocin in social behavior.

The study’s results suggest that the oxytocin receptors in the NAc modulate social approach using a specific downstream pathway. Activating that pathway can reverse the negative effects of stress on social behavior, Duque-Wilckens said.

Because pharmacological manipulations of oxytocin receptors usually result in changes in all downstream molecular pathways, knowing which pathway to specifically manipulate may boost efficiency and effectiveness of potential therapeutic outcomes, Duque-Wilckens said.

In the long term, this research may have benefits for people suffering from psychiatric disorders that cause social anxiety and reduced social motivation. In the short term, preclinical and clinical studies could better use drugs to manipulate specific downstream pathways of oxytocin, Duque-Wilckens said.

A few treatments have been created for people who struggle with depressive or anxiety disorders, but less than half of the people who take them actually see a recovery in their symptoms, Williams said. To create effective treatments, researchers must target both social avoidance and social vigilance, and understand how different neural circuits are activated.

“Maybe we can design a drug that targets oxytocin systems and maybe that will help people who aren’t seeing any relief with the treatment they’re being given,” Williams said.

Although this study has not created a cure for social anxiety or depression, it has led researchers closer to understanding the neural activity of individuals impacted by these stressors, Trainor said.

“People get excited and they want to know the cure for social anxiety and it’s not that simple,” Trainor said. “You can’t just give someone oxytocin because you don’t know what parts of the brain is going to go to. And then depending on what the sort of basal activity is that could influence what kind of response you got.”

After concluding this study, the researchers were left with additional unanswered questions. Because different downstream pathways within the NAc can affect behavior so differently, Duque-Wilckens said she is interested in exploring how receptors in other important brain areas use pathways to modulate different functions of oxytocin.

“[Williams] showed that when you put oxytocin specifically into this part of the brain, called the nucleus accumbens, it has the effects that people would like to see with oxytocin, reducing effects of stress,” Trainor said. “But if you put it in another part of the brain, exactly the opposite [happens].”

This study helps to emphasize the importance of science to improve human experience and health, Williams said.

“I hope that people take mental illness seriously and understand the value that goes into research to try to understand what leads to some of these behaviors and what can we do to help people that really struggle with that,” Williams said.