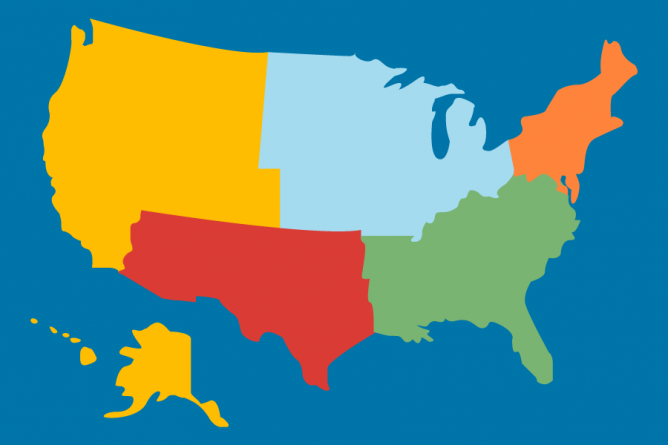 Another day, another coronavirus article.

These days, it seems as though every aspect of life is affected by the COVID-19 pandemic. And while it’s true that social distancing has had a tremendous impact on the everyday lives of all American citizens, the influence of the crisis on national politics should not be downplayed.

It is abundantly clear to anyone paying attention that the handling of this pandemic has emphasized the current division between state governments and the executive branch. A widely publicized feud between Michigan Gov. Gretchen Whitmer and President Donald Trump was one of the earliest signs of a political dispute that moved beyond purely partisan lines. After previously voicing skepticism over stay-at-home orders in numerous states, the president pivoted toward criticizing Georgia’s Republican Gov. Brian Kemp last week over his decision to open up the state.

Perhaps nowhere has this devolution of the traditional American federalist system been more apparent than in California. While Gov. Gavin Newsom came under fire for referring to California as a “nation-state” last April, his choice of words merely reflected the state’s continued disillusionment with the rest of the country.

Even if the prospects of a “Calexit” remain a long shot, the state continues to develop its own political sovereignty. As Darel Paul noted in The American Conservative last month, California has begun isolating itself from the rest of the country. Currently, it is the only state allowed to maintain its own auto emissions standards, although the Trump administration is legally disputing this. It has also expressed direct opposition to the politics of red America, barring state employees from official business travel to states with laws considered to discriminate against sexual orientation or gender identity. California also opposes the Trump administration on issues of illegal immigration, instead supporting sanctuary cities, expanding state Medicaid and extending stimulus payments to certain undocumented immigrants.

The move to reopen the American economy in the coming months has also exacerbated pre-existing regional divides in the U.S. While maintaining a commitment to its own method, California advances plans to reduce social distancing within a broader political framework, which includes frequent cooperation with the state governments of Oregon and Washington. A similar plan featuring the bipartisan governments of seven midwestern states –– Michigan, Ohio, Wisconsin, Minnesota, Illinois, Indiana and Kentucky –– has likewise been implemented, with the group expressing their desire to coordinate in reopening the economy.

The stark division between states in their approach to addressing the pandemic is part of a broader and much more troubling trend that has effectively divided America. Stark political differences and an almost irreparable cultural divide drives Americans to see one another as belonging to two fundamentally different nations. While there are a number of bipartisan efforts during this crisis, much of the political rhetoric surrounding these efforts focuses on the inherent differences between red and blue America.

In some ways, the political debate ripping America apart has hastened as states decide how to re-open, with most states’ strategies separated along explicitly political lines. Indeed, most red states are rural, have limited international travel and lower population density –– with blue states characteristically the opposite. Naturally, this would lead to the former opening up earlier and the latter taking a much more nuanced approach.

Simultaneously, the division between these states in strategy is now the target of a superficial culture war –– a sort of politically appropriated catastrophe utilized by either side for political gain. At such a time, this type of disunity is extremely disheartening for those invested in the future of this country. State officials are speeding across the country to cut deals in McDonald’s parking lots. Governors are sending national guardsmen to defend testing kits from federal officials. This is a level of fundamental dysfunction eerily reminiscent of the late Soviet Union.

It’s unlikely that the current pandemic will facilitate any sort of drastic division in the U.S. –– that is, an actual direct challenge to the sovereignty of the federal government. But it will nonetheless expedite an already collapsing collective faith in the American system. As competing factions of the American electorate debate over what the future of our country should look like, the decisions made in the coming months will vastly impact the ability of the country to take pride in a shared national identity.