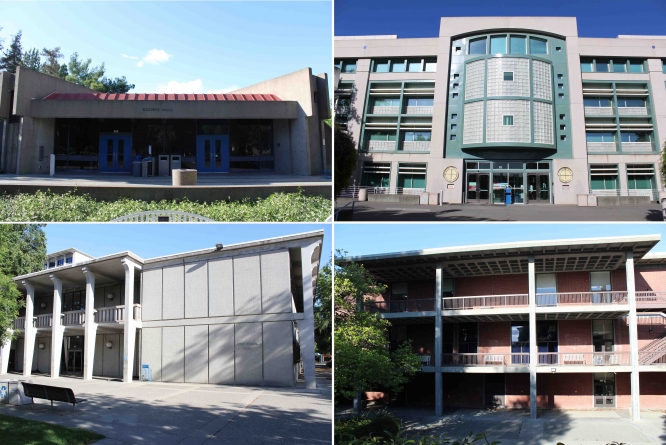 Wellman, Shields, Social Sciences, Olson have more to them than meets the eye

In the first article I published for The California Aggie, I wrote “among the stucco and concrete box-like structures that riddle the campus, students are hard-pressed to find a building that evokes anything but a shrug.” I would like to make this my sincere apology to those buildings, which I may have offended.

Over the past four years — after countless hours spent in these “box-like structures” — they have become an inseparable part of my Davis experience. This past year, in brief moments of mania, I began to see beyond just what they were — their structure and their materials — and into who they were. Have I lost my marbles? Perhaps, but as I turn the last page on the last chapter of college life, I thought I’d share my collection of thoughts on these steadfast companions.

Wellman will forever be the eccentric uncle we all know and love. He smells distinctly of sawdust and is brimming with wacky stories about campus life in the ’60s. For postgrad he attended law school, but quickly dropped out because he refused to be “just another brick in the wall.” After a good deal of soul-searching, he eventually found his way. Pursuant to a passion for the American Civil War, he obtained a degree in history and a teaching credential. He shares his love for past events with future generations as a much-beloved APUSH teacher. Currently, Wellman lives alone on the periphery of a forest where he tends to his botanical garden and extensive collections of petrified wood and vintage Pink Floyd LPs. He truly is a simple man of simple pleasures.

Shields grew up an aspiring writer; sending in her stories to the late, great New Yorker. On her 76th attempt, the magazine finally validated her talents by publishing her short story “Egg Shells and Ice Cubes.” Shields rode this wave of success to three acclaimed works of fiction. Now a silver-haired information specialist, she spends her days organizing, reorganizing and burying her nose in the books of the place she calls home. Despite living through both World Wars and nearly 20 U.S. presidents, she hasn’t lost the pep in her step nor the twinkle in her eye. During her downtime, you can find her in a wooden rocker reading E.B. White’s “Charlotte’s Web” to a group of stray children and wistful adults.

An academic to his concrete laden core, SSH is usually clad in a sharp-cut tweed blazer. Peering down from his imposing stature and wire-framed Corbusier spectacles, he emanates an air of authority. Having no understanding of the term small talk, he churns on a single gear — “existentialism.” All you wanted were directions to the nearest Starbucks and the next thing you know your head is swirling about with the theories of Jean-Paul Sartre and Descartes. That being said, in less pressing times, you find yourself admiring the grandeur of such a formidable cranium.

Olson’s a bonafide problem solver and not afraid to get her hands dirty. She’s usually on the late-night grind as a C.E.O. of a non-profit. But don’t let that unshakeable work-ethic deceive you — she’s full of compassion and well-established as the best hugger on campus. As of late, she’s been going through a mid-life crisis as newcomers attempt to upstage her — namely, that pretentious noob California Hall. As a consequence, she’s slightly insecure about her standing. Don’t you fret Ol’ Faithful, I love you all the same.