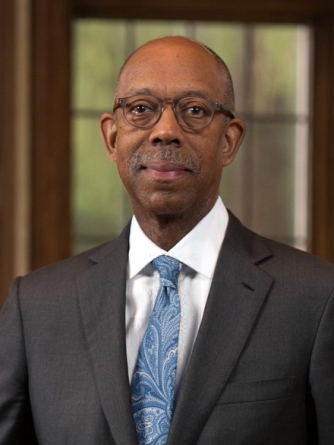 Drake’s base salary to be 56% higher than current President Janet Napolitano’s, coming in at $890,000

Dr. Michael V. Drake, the current president of Ohio State University (OSU), was unanimously appointed by the UC Regents as the next president of the UC system on July 7. He will be the first Black president — and president of color — in the university system’s history.

“Dr. Drake becoming the president of the University of California is a sign that good things are still possible this year,” said John A. Pérez, chair of the Board of Regents. “He has demonstrated a commitment to […] seeing all students and understands the importance of the public and private partnerships the university uses to effect [its] mission.”

During public comment — before Drake was appointed —  speakers laid out what they believed should be the priorities for the incoming UC president. UC Berkeley fourth-year Sarah Bancroft called for the incoming president to divest from the involvement in the thirty-meter telescope on Mauna Kea.

“UC students do not want our money to fund the destruction of indigenous land,” Bancroft said. “We need that money for a cost of living adjustment, lecturers and instructional programs, not a telescope.”

She also urged the Board of Regents to sue the Trump administration for the ICE memo that was released on July 6, which would force all international students whose course loads only included online classes to either transfer to a university with in-person classes or go back to their home country.

Perez responded to that call by saying that the appointment of the president did not allow the board to find an appropriate solution, but that the Regents would discuss it at a full board meeting later in July.

Drake, who is turning 70 in the fall, has a history with UC, unlike Napolitano. Drake is a graduate of UC San Francisco with a M.D. in ophthalmology. From 2000 to 2005, he served as the UC vice chancellor for health affairs, then proceeded to serve as the chancellor of UC Irvine from 2005 to 2014. Napolitano, on the other hand, previously served as the Secretary of Homeland Security under President Barack Obama and was the governor of Arizona.

This salary increase also comes after all UC chancellors and Napolitano took a voluntary 10% pay cut in the wake of a $1.2 billion budget shortfall due to the COVID-19 pandemic.

Drake will handle finding a new replacement test for the SAT/ACT as well as the budget cuts UC may be facing without aid from the federal government.

Still, he said that he was looking forward to working with UC and returning to the system after having worked outside it for the past 6 years.

“The experience feels like being home for so many years, then leaving and then coming back,” he said.

Drake assumes the role of UC President on Aug. 1.