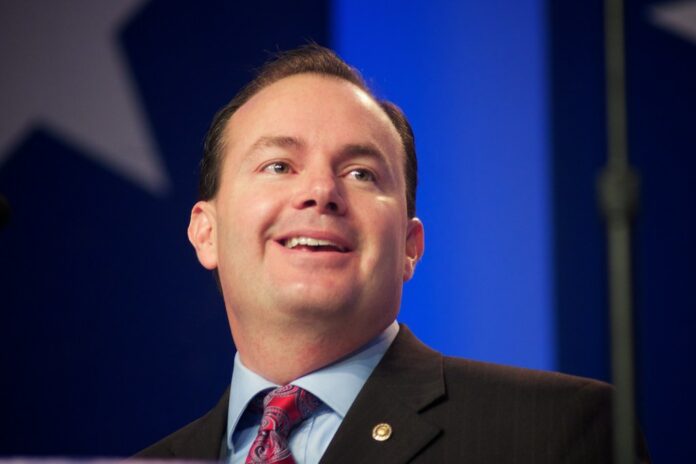 The Utah Republican says “Democracy isn’t the objective” in America, so we got his opinions on the actual objectives of some other misunderstood topics

A few weeks ago, Utah’s Republican Senator Mike Lee set off a controversy by tweeting, “We’re not a democracy.” He followed-up this tweet a few hours later, posting, “Democracy isn’t the objective; liberty, peace, and prospefity [sic] are. We want the human condition to flourish. Rank democracy can thwart that.”

Senator Lee responded to the controversy with a very logical and well written article explaining the political theory behind why we technically are a republic, not a democracy, while also managing to totally ignore why his comments are extremely dangerous at this particular moment in U.S. history.

So in response, we decided that it might be valuable to see what Senator Lee thinks about the actual purposes and meanings behind several other things as well. But having carefully observed and marvelled at the senator’s ability to take his own quotes entirely out of the political context in which he made them, we decided to take his strategy a step further by taking individual words that he’s said at some point or another out of the context of the sentences in which he said them, placing them in new contexts that make his words take on entirely new and highly-concerning meanings.

If this bothers you, Senator Lee, well I guess now you know how we feel! Live long and prospef, you! You know what the “f” stands for.

Senator Mike Lee (R-Utah), on the aim of laws against operating a motor vehicle while under the influence of alcohol and other controlled substances: “Keeping people safe on our roads isn’t the objective; preventing the people who review the photos of drunk drivers taken by traffic cameras from being exposed to what is essentially a free product placement advertisement for alcohol—which good Mormons like myself should not drink—is.”

On the purpose of Utah’s wondrous forests and beautiful public lands: “Absorbing carbon dioxide, producing oxygen and providing pristine habitat and recreation areas are not the objectives; fossil fuel exploration, land development and cutting down trees to make paper money that can be used to donate to my campaign are.”

On criticizing the Green New Deal by showing on the Senate floor a poster of Ronald Reagan firing a machine gun while riding a velociraptor: “The irony of showing a painting of two dead dinosaurs in order to destroy any genuine attempts to prevent the human species from joining them wasn’t the objective; getting a chance to share this amazing piece of artwork with the world was.”

On taking “the scenic route” to liking President Trump despite casting a protest vote against him in 2016: “When I say I took the scenic route to liking Trump, I don’t mean that discovering the beauty and unconventional wisdom of the man is the objective; figuring out whatever I need to do to not get voted out of office is.”

On not wearing a mask at the confirmation hearings for Amy Coney Barrett despite having been recently infected with COVID-19: “Keeping my colleagues safe isn’t the objective, getting Amy Coney Barrett on the Supreme Court as fast as possible to ensure that we can overturn Roe v. Wade, Obamacare, gay marriage and ensure that Trump has an ace in the the hole if the question of whether or not we should actually count millions of mail-in ballots that come in after election day is appealed all the way to the Supreme Court are.”

On this photo of President Trump giving him a back massage: “The calming and stress-relieving effect of the back massage isn’t the objective; Trump’s efforts to demonstrate normal human affection and clearly assert his position over me as the alpha male while making me feel like a loyal and obedient little boy are.”

On the fact that it is correct to say that the U.S. is not a democracy, but a republic, despite the fact that in modern political discourse we typically refer to the U.S. as a “democratic republic” and use the term “republic” to contrast with “monarchy” and “democracy” to contrast with “authoritarianism,” as in a “democratic monarchy” like the U.K., an “authoritarian monarchy” like Saudi Arabia, or an “authoritarian republic” like Russia: “The fact that I’m technically correct in saying that the U.S. is not a democracy is not the point; the fact that I’m making this argument in the context of a president who has openly refused to commit to a peaceful transition of power is.”