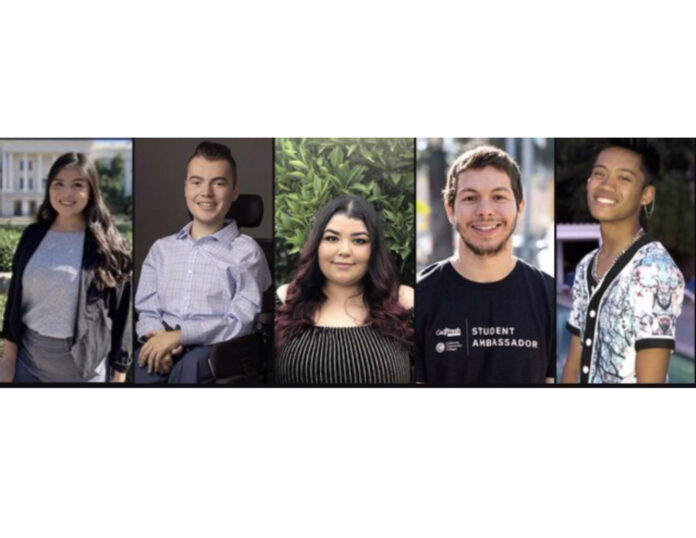 Of the 15 candidates for Senate, only four were present

The ASUCD candidates’ debate began over Zoom with an introduction of the moderators, as well as the participating candidates. The moderators were Elections Committee Chair Karolina Rodriguez and Executive Chief of Staff Allie O’Brien.

The first question, asked by O’Brien, was about the candidates’ platforms.

“Can you give us an idea of your platform?” O’Brien asked. “Explain two concrete steps you’re going to take in order to achieve what you had promised in your platform.”

Manriquez’s platform includes fighting for the inclusion of those with disabilities, helping students get involved in ASUCD and bringing awareness to the issue of mental health for all college students.

O’Brien then asked candidates to explain the duties required of senators and how they plan on fulfilling them if elected.

All four candidates emphasized that Senators serve to bridge the gap between ASUCD and the student body. They noted the importance of advocating for the needs of all UC Davis students and writing legislation that holistically addresses their concerns.

Santiago-Vergara echoed these sentiments, adding that they should make sure other Senators follow through with what they promised during their campaign.

“It’s been an issue in the past where Senators say they advocate for these communities, that they want to serve the community and the student body and then after election, […] they kind of just disappear,” Santiago-Vergara said. “We want to follow through with action, staying involved and being active in the communities.”

Next, O’Brien asked if there were specific units, commissions or committees the candidates wanted to improve within the association.

Manriquez said he would like to revamp the Disability Rights and Advocacy Committee (DRAC), which hasn’t had a chairperson for the last few years.

Valle said she wants to improve the Transfer, Re-entry and Veterans (TRV) Committee so that communication is improved and the number of members the committee has is increased.

Legg said he would improve the Student-Police Relations Committee or the Next Generation Reforms Task Force, citing his belief that student representation is important in addressing these salient issues.

Santiago-Vergara said he would push for getting more students of color represented in spaces such as the Ethnic and Cultural Affairs Commission (ECAC) and KDVS, UC Davis’ student-run radio station.

O’Brien’s next question required the candidates to describe a section about the bylaws that is unrelated to elections.

Valle, the only candidate to answer, explained one section of the bylaws that describes the seven different ASUCD commissions and their roles.

“Representation is very important when you’re a Senator on the table, and you all have identified portions of the student body you would like to speak out for, but what makes you qualified to actually represent your constituents?” O’Brien asked next.

Manriquez listed his qualifications as a member of the transfer community and a patient ambassador for Biogen, a biotechnological company that promotes research with the goal of defeating neurological disease . Valle said she has been politically active since the age of 14: Her first job was working under Roger Dickenson for Senate in Sacramento County; she has volunteered for multiple political organizations; and interned at the Foundation for California Community Colleges.

“There’s 15 people running for ASUCD Senate, but only four of us showed up,” Valle said. “I think there’s a lot of people who just want to run for [their resume], and that’s very frustrating. You need to hire people who have experience in activism, who have experience volunteering, and I think every candidate here has shown that.”

Legg supported Valle’s call for consistent advocacy for marginalized communities. He said he worked with UC Davis Vice Chancellor for Diversity, Equity and Inclusion Renetta Tull to lobby for DREAMers and the Hispanic Educational Resources and Empowerment (HERE) Act.

O’Brien then asked the candidates to explain the difference between commissions and committees.

All four candidates voiced that the seven commissions are more broad, with commission chairs that act as non-voting members of the Senate table, while committees serve under these commissions and carry out more specific tasks.

“Could you please discuss an instance when you feel ASUCD has or has not been a representative voice for students on campus?” O’Brien asked next.

The four candidates agreed that ASUCD has been lacking in representation of transfer students and students of color.

“UC Davis, both admin and even ASUCD, prides itself on being so diverse, but in a way it feels tokenizing to want these black and brown voices in these spaces without actually serving them and without actually listening to them,” Santiago-Vergara said.

The second part of the debate then began, during which O’Brien asked questions that were tailored to each specific candidate based on their platforms.

“How do you plan on bringing back the Disability Rights Advocacy Committee?” O’Brien asked Manriquez. “You mentioned mental health and student outreach in your platform. What ideas do you have for both? And are you aware of campus organizations and individuals that are already working on this?”

Manriquez reiterated his plan to work with the External Affairs Commission to hire a chairperson for the DRAC, one who will effectively advocate for the needs of the disability community. In order to increase student engagement while also following safety guidelines during the pandemic, Manriquez said he would like to reach out to students through social media platforms, inform them about all that ASUCD has to offer and help them get involved. He also expressed interest in working with the Mental Health Initiative to establish emergency mental health counselors who can support students during crises.

O’Brien then asked Valle how she plans on holding the administration accountable to serving Latinx students.

Valle stated that once UC Davis is officially recognized as a Hispanic-Serving Institution, she would find out how much money was awarded and how that money is being used and expressed willingness to directly email Chancellor May and other administrative staff until she obtains this information.

“I think that’s what I bring to the table, where I’m not afraid to email [the administration] and to call these people out, whether it be through email, or publicly on social media and tell them that students want to hear from them,” Valle said.

O’Brien followed up with questions about implementing Valle’s platform that refers to improving the TRV Committee.

Valle restated her desire to increase communication between ASUCD and the TRV Committee and to develop a subordinate committee, drawing inspiration from UCLA’s Office of the Transfer Student Representative, that would be dedicated to hiring transfer students and retaining their presence in ASUCD.

“You talk about housing insecurity in your statement,” O’Brien said, addressing Legg. “What will you do to ensure that all students have access to housing? What organizations and campus officials will you work with to make this a reality? And is it a realistic goal for you to accomplish in one year?”

Legg said addressing housing insecurity is a city-wide initiative, with multiple groups currently working on it. He would like to work with property owners, the City of Davis Planning and Zoning and task forces within ASUCD.

“If there were no groundwork done, it wouldn’t be a pragmatic thing to think about in one year,” Legg said. “So fortunately, I’m not working on the genesis of this concept. It’s something that I’m just building and improving upon, and making sure that it is a much more fervent effort than what it’s been historically.”

Legg was then asked about his familiarity with SR #16, a Senate Resolution to disarm the police.

Legg was not completely familiar with the outcomes of SR #16, but acknowledges its purpose in disarming campus police.

“I don’t know if disarmament is a means to an end,” Legg said. “I definitely would like to look at the budget. I would love to see how many people are employed and look at the breadth of campus PD, […] then see if we can gradually kind of move away from them having an exhaustive presence on campus.”

Next, O’Brien asked Santiago-Vergara his plans for outreach to the student body.

Santiago-Vergara stated that he has been meeting with board members of different organizations and speaking directly to their communities, informing them about the structure and functions of ASUCD. If elected, he would like to collaborate with more people on his ASUCD presentation, allowing others to speak on behalf of their specific positions.

“Could you go into specifics about how you plan to support Black, Brown and Indigenous students while on the table?” O’Brien asked next.

In response to a question about what she hopes to accomplish if re-elected, External Affairs Vice President Maria Martinez referred to projects such as increasing efforts of doubling the Pell Grant and including undocumented immigrants in this process.

“Number one, we are going to roll out an awareness, or educational campaign, starting towards the end of this quarter,” Martinez said. “Once we get to winter, the game plan that we have will be hosting a couple of events where we can talk about doubling the Pell. From there we are going to best assess which elected representatives we need to lobby to get this to happen.

A question from the public inquired about which ASUCD unit’s budget would candidates cut in light of the COVID-19 pandemic.

“I think it is unfair for anyone to make a decision off the top of their head,” Valle said. “I think it is very important to remember in situations like this—involving finances and money—you have to look at the numbers, because the numbers will often speak for themselves. I would have to evaluate each unit on its own first.”

Following this, a question about candidates’ positions on equitable access and textbook reform was asked.

“Equitable access is not equitable,” Santiago-Vergara said. “Speaking from personal experiences and knowing from many other friends and classmates, opting out is honestly the best financial decision for a lot of students. It targets low-income students who don’t have the funds to buy $200 textbooks that they are going to use once and never use again.”

To make the debate more interactive, a live question about how candidates will set aside biases when voting on the Senate table, especially when legislation targets a specific community, was asked by current ASUCD Senator Juan Velasco.

“I think step one is being an ally to all communities and being a good listener,” Manriquez said. “I am going to […] look at all the facts before I form an opinion about the thing being asked or talked about.”

A member of the public also questioned Legg’s plan to address the housing crisis in Davis.

“There needs to be more advocacy from students into the residents,” Legg said. At the end of the day we feel there is a large student population that goes to Davis, but not everyone is there. I think it’s working with the city and doing more canvassing.”

Another large topic was the issue of sexual assault on campus.

“Although sexual assault awareness is not on my plaform, it is something that I am passionate about,” Santiago-Vergara said. “It all starts with listening. I think UC Davis has a past with silencing individuals who they feel kind of harms their reputation, and it is […] disgusting.”