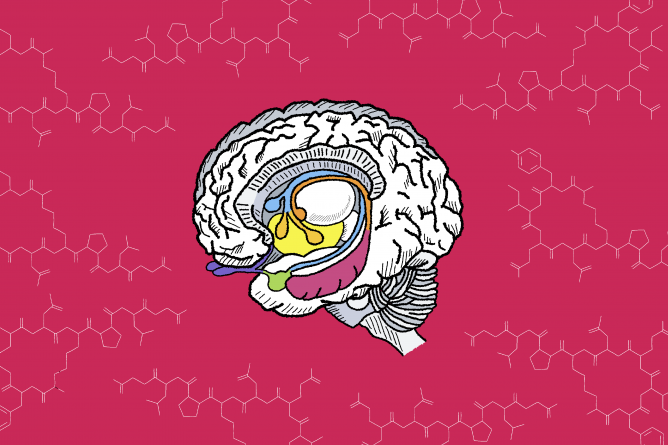 New methods of research could help those with ADHD

Researchers at UC Davis have discovered that oxytocin, a stress-buffering molecule, exists in cells outside the hypothalamus and is located in the extended amygdala of the brain. The oxytocin produced in the extended amygdala can cause social anxiety behaviors to occur in mice, while oxytocin produced in the hypothalamus has been observed to induce prosocial behaviors. This new discovery shows that the location of the brain where this hormone is produced influences different types of behaviors.

The findings were published in the Proceedings of the National Academy of Sciences USA, and the lead author is Natalia Duque-Wilckens, a former doctoral researcher at UC Davis who now works at Michigan State University. The senior author is Brian Trainor, a professor of psychology at UC Davis and the vice chair of graduate education.

When these same mice were given intranasal oxytocin, the ones that were experiencing social stress did not change their behavior, according to Trainor.

“It was kind of demoralizing, you know,” Trainor said. “We’ve gone through all the effort to learn the technique and we gave the oxytocin and it didn’t do anything.”

After that attempt, Trainor and his fellow researchers tried to give oxytocin to non-stressed females, which caused their behavior to change. The mice started acting like they have been exposed to stress and they started showing social anxiety behavior.

“That was a turning point,” Trainor said. “We knew oxytocin was doing something to promote this anxiety behavior, but we didn’t know how, so Natalia, […] she’s the one who figured out how.”

In that study, Duque-Wilckens injected small strands of DNA into the extended amygdala to prevent oxytocin from being made. The synthetic DNA strands then binded to the mRNA and prevented it from getting translated into a protein. The process of blocking the oxytocin synthesis caused the stressed mice to behave normally.

This differs from the regular process of giving the mice more oxytocin or giving it a drug that blocks the receptor, according to Trainor.

“What’s very rare is to be manipulating the oxytocin production in specific locations in the brain,” Trainor said.

Through this unique approach, the original hypothesis that blocking oxytocin receptors would increase anxiety has been proven false. Trainor explained that his ultimate goal is to confirm that the cells he is studying in mice are also present in the same part of the brain as humans, and to see if the results of new studies can be applied to humans with depression and anxiety.

“It turns out working with human brains is much more different than working with mouse brains,” Trainor said. “We still have more work to do.”

Karen Bales, a professor of psychology at UC Davis, studies how oxytocin plays a role in the formation of social bonds and can be adapted for clinical uses. Bales applauded the researchers.

“Dr. Duque-Wilckens and Dr. Trainor’s finding suggests that it matters where the oxytocin is acting, and this is really important because oxytocin is used in humans both to induce labor and to treat social dysfunctions.”

This finding will also help individuals with ADHD. According to a 2015 study, it was discovered that “rates of comorbid ADHD in social anxiety disorder patients were high (especially predominantly the inattentive type).”

Faye Dixon, a professor of psychiatry and behavioral sciences at UC Davis, explained that ADHD is often associated with anxiety.

“What we are seeing in our studies is that it is not uncommon for people who have ADHD to also be diagnosed with anxiety, specifically generalized anxiety,” Dixon said.

When asked if having treatment for anxiety like the possible one indicated in Trainor’s study could potentially help individuals with ADHD, Dixon agreed.

“If you address issues […] around worries just in general, that’s going to improve performance because the way some of the symptoms that ADHD and anxiety overlap are in attention,” Dixon said.

Due to COVID-19, research on oxytocin has been slowed down, but efforts are still being made to apply what was learned through studying mice to humans as a way to help those with social anxiety.