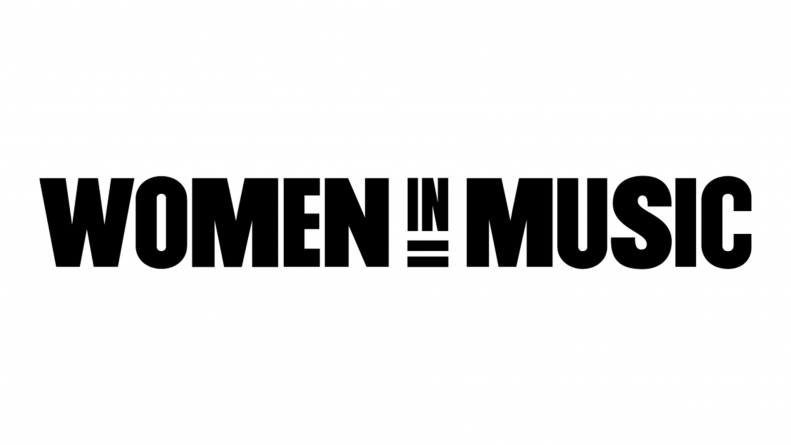 Women in Music (WIM) will be celebrating their 35th anniversary this December. WIM works to provide awareness of the lack of women in the music industry and bridging that gap through education, empowerment, diversity and mentorship. The non-profit organization now has over 20 chapters worldwide, with some as close as Bay Area and others as far as South Africa.

The organization has spread throughout the past few years; their first base started in New York and the expansion led to a following of over 20,000 on Instagram and over 100 volunteers.

With their upcoming anniversary, WIM had big plans to celebrate their accomplishments. What once started as an idea for a large gala is now going to be a virtual experience. But as many individuals have done throughout the pandemic, WIM found the silver lining to their crushed gala dreams: they can now have representatives from all over the world ranging from India, Romania and South Africa.

“The goal for me personally, for the 35th anniversary, is to just celebrate everyone within the organization because we have hundreds of volunteers who work every single day on our mission and work to create incredible programming and opportunities for women,” said Nicole Barsalona, the president of Women in Music. “And it’s really incredible when you stop and think about how much time and effort and heart everyone pours into this organization and our work on a volunteer basis every day. It’s really inspiring.”

WIM provides a multitude of programs for members, but an interactive and educational part of the organization is their mentorship program where individuals can sign up to be a mentor or a mentee.

“Mentors are indispensable,” said Barsalona. “When you come into the music business, it’s an intimidating industry to enter in the first place. And so having someone who you feel is a representative of the kind of life and career that you want to pursue, if you have a person like that to go to, it really makes a difference in breaking down barriers.”

WIM has different councils in their program, each reaching toward a different level of equity and support for women. The Diversity and Inclusion council started in 2019 and focuses on putting the spotlight on voices that normally aren’t heard.

“Nikisha Bailey, my co-chair, and I have worked really hard over the past year to incorporate diversity, inclusion and equity in every step of the way with Women in Music,” said Chissy Nkemere, co-chair for WIM’s Diversity and Inclusion Council. “What we want to do as an organization is to move past the basic framework of diversity, you want to move toward equity and in order to do that, you need to amplify it. You need to amplify minority voices: racial minorities that have disabilities, sexual orientation, gender identity and age. The council exists to better diversify and better amplify diverse voices within women and music and therefore putting together action to better diversify and amplify minority voices throughout the entire music industry.”

As the daughter of Nigerian immigrants, Nkemere understands how important it is to be able to see people from similar backgrounds that individuals can resonate with in large businesses. Which is why the non-profit strives to have panelists that others feel like they can connect to.

“Sometimes the biggest barrier to diversity is access,” Nkemere said. “When I did end up joining the music industry, I saw a few women and men, but a few people who really reflected who I was. And that kind of personal ‘Oh, they’re doing it I can do it too,’ is so important for how young people can see themselves in the future. And we only know what our frame of reference is. And if that frame of reference never includes someone who looks like you, or reflects you in some way, there is a possibility that you might not ever know what your options are.”

When WIM shifted their platform entirely online, the benefits now included a larger and more diverse list of panelists. An online panel opened up a world of possibilities where geography was no longer a hurdle, which made way for a larger group of women to be represented. Past panels focused on Black women in Artists and Repertoire (A&R) and Asian Americans and Pacific Islanders.

“We did a panel where we did a master class talk about mental health awareness,” said Nikisha Bailey, the co-chair for the Diversity and Inclusion Council. “You know, this is a big issue that plagues this industry. So it’s really just about all these things that we kind of encounter in everyday life, but we don’t necessarily stop and focus on it. Next year, we’re looking to expand into more diverse and niche topics.”

For many of the individuals that are part of the WIM family, they have been personally affected by the lack of women and women of color in the music industry. Their desire for the completion of the WIM mission is personal, wanting to close the gap of success that exists for women. When Barsalona left her business around seven years ago, she didn’t have many resources to rely on except for WIM.

“That network has carried me through and really helped me with the building blocks of my career and career advancement, and has also just left me a really exceptional group of friends in the industry, like a pack of people who I really still count on to this day,” said Barsalona. “Now, Women In Music means to me, a little bit later in my career, that I’m able to help women who are starting out, or who are at different levels and need different resources. And that is what’s most exciting to me, is to be able to kind of share what I’ve learned and help other folks in their journeys as well.”

Past programs included partnering with Secret Deodorant where they teamed up to connect aspiring artists to women mentors. Along with their other programs, WIM set up a Workplace Initiative that they are hoping will lift off next year. The Workplace Initiative sets out to name the best industries for women in music. WIM hopes that with this initiative they are able to bring in a new level of transparency in the music industry.

“But we’re really hoping to offer this list up that rates companies in music at a certain level of inclusivity,” Barsalona said. “So we’re going to be setting those benchmarks and kind of applauding the companies that we think are doing a great job and putting out a call to action.”

WIM is teaming up with Noelle Scaggs, co-lead singer of Fitz and the Tantrums, to create an organization that pushes for diversity within the music industry as part of the Diversify the Stage initiative.

Upcoming opportunities include an internship through WIM. More information can be found on their website.
Written by: Itzelth Gamboa — arts@theaggie.org