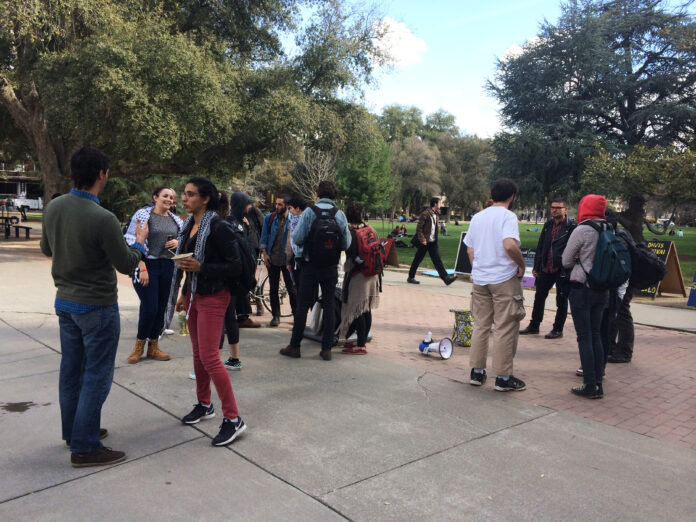 99,576 votes were cast which could have been the effect of “negative partisanship”

In the recent 2020 general election, the total votes cast in Yolo County reached an all-time high, according to a press release.

“[The] total votes cast in Yolo County reached a record high—99,576,” the press release reads. “This equates to an approximate 83% voter turnout.”

Jesse Salinas, the Yolo County assessor, clerk-recorder and registrar of voters, explained  via email that in California, universal vote-by-mail ballots and large amounts of press coverage contributed to the record voter turnout this year. .

Magdalena Wojcieszak, a professor of communication at UC Davis and associate researcher at the University of Amsterdam, further explained the reasons that contributed to a higher voter turnout via email.

“[…] This election and the high turnout in the traditionally blue/Democratic Yolo County are [an] example of what scholars call negative partisanship, or partisans voting against an outparty candidate and not for a candidate from their preferred party,” Wojcieszak said via email.

Wojcieszak also highlighted that while “Barack Obama managed to mobilize millions of new young and minority voters because of his personal charisma and outreach,” the high voter turnout this year could be attributed to people being “[…] very strongly against […]” one candidate, rather than being very excited about the other.

Although there was a pandemic this year, it did not have a significant impact on election results, according to Wojcieszak.

“I don’t think that the pandemic affected voter turnout this year,” Wojcieszak said via email. “The fear of the pandemic or getting infected with COVID-19 may have prevented some people from voting in-person, but it is unlikely to have influenced whether they voted or not. In fact, Yolo County also had a record number of vote-by-mail ballots.”

As of Nov. 5, there were 37,988 ballots left to be processed in Yolo County, according to the press release. Of these, 35,684 were vote-by-mail ballots, including those forwarded from other counties. Another 222 were provisional ballots, 1,518 were conditional voter registration provisional ballots, and 384 others, such as unprocessed ballots that were damaged and needed to be remade or unprocessed ballots that needed to be reviewed further.

“Mail balloting has been very popular in California long before COVID-19, yet its popularity increased this year, likely due to COVID,” Wojcieszak said via email. “Furthermore, extensive research and public opinions polls suggest that Democrats are taking COVID-19 more seriously than Republicans, and so—again—the largely democratic Yolo and California were seeing very high turnout in general, and especially by Democrats voting early and by mail, regardless of the pandemic.”

“That said, even those traditionally politically disengaged individuals may inadvertently encounter political or election information on social media, such as when their friend posts something about the candidates or when a targeted election advertisement appears in their feed,” Wojcieszak said via email. “This incidental exposure has some potential to energize people.”

Even after elections and voting is over, Salinas highlighted ways that people can continue to affect political change.

“Voters can continue to let their voices be heard by participating at a local and state level by getting involved in community groups, attending city council meetings, etc. and speaking out on issues that matter to them,” Salinas said via email.

“There are important decisions being made in every election so stay connected and vote,” Salinas said via email.