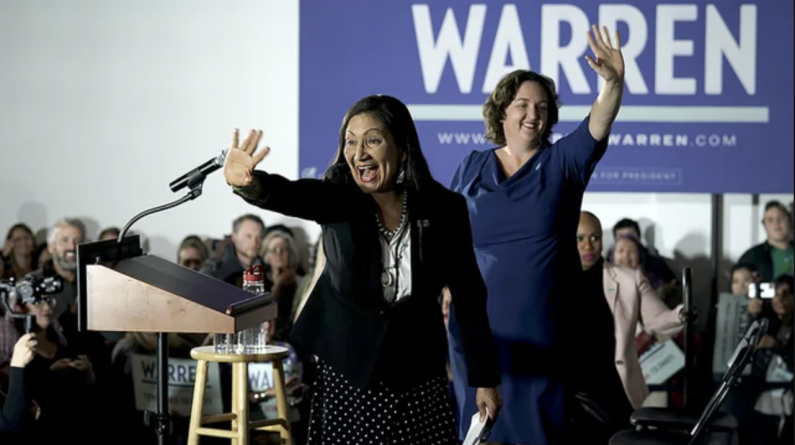 Photo Credits: Greg Nash. U.S Representative Deb Haaland (D-N.M.) (left) is being considered by the incoming Biden administration as a potential nominee to be the next Secretary of the Interior.

With a new year just around the corner, all eyes are on President-elect Joe Biden for any signs of what his presidency will look like. With a few of his cabinet picks already announced, there has been considerable criticism by progressives that his administration will essentially be a “third term for Obama.” His picks, thus far, have generally been establishment Democrats with extensive experience, especially in foreign policy, which suggests the importance of restoring relationships with the rest of the world on many fronts––including climate change.

Biden recently picked former Secretary of State John Kerry for a new Cabinet position as climate change envoy, which the media has dubbed “Climate Czar,” a first of its kind. Establishing the serious importance of the Biden administration’s climate policy for the entire world to see is a step in the right direction according to many environmental organizations.

Kerry was part of the team under the Obama Administration that helped adopt the Paris Agreement and encourage many other foreign powers to do the same. He’s also the highest-ranking U.S. official to have visited Antarctica, where he stayed at McMurdo Station, a U.S. scientific research station.

Despite this history, Kerry has also been criticized for his involvement with his wife’s charter jet company. Private jets emit up to 20 times more carbon dioxide per passenger mile than commercial airlines. Planes make up around 2% of greenhouse gas emissions. Ultimately, although it is a bit pretentious and hypocritical for Kerry to fly around in a private jet, I don’t believe the responsibility should be on the consumer to reduce carbon emissions.

Biden has yet to announce his appointment for the head of the Environmental Protection Agency (EPA), but he has announced his transition team, which includes a former DuPont consultant. DuPont has been riddled with lawsuits and controversy over the past decade due to their involvement in producing a group of carcinogenic chemicals called per- and polyfluoroalkyl substances (PFAs). Not only did they know, likely for almost half a century, that these chemicals had harmful effects on people, but they also attempted to hide this information from government officials and the public to continue making a profit. In 2003, Michael McCabe, the previous deputy administrator of the EPA under Clinton, joined DuPont’s team coincidentally at the same time the PFAs were about to undergo a “priority review” by the EPA. McCabe helped DuPont navigate the EPA review to ultimately avoid regulation of PFAs. To this day, PFAs remain unregulated.

In her recent op-ed on McCabe’s inclusion in Biden’s transition team, Erin Brokovich, an environmental activist, said, “It should go without saying that someone who advised DuPont on how to avoid regulations is not someone we want advising this new administration.” If McCabe’s inclusion on this team is indicative of how this administration plans to treat the EPA, I am genuinely outraged. I don’t generally use such strong language in my column, but this is something I would expect of the Trump Administration––who have one of the worst environmental records of any modern presidency.

Biden also has not announced his pick for Secretary of the Interior. Three potential candidates have been put forward by the Sunrise Movement: Rep. Deb Haaland, Rep. Raúl Grijalva and Rep. Jared Huffman. Other potential candidates include former Senator Carol Moseley Braun and Sen. Tom Udall.

With Debra Haaland, a member of the Laguna Pueblo Nation, as their top choice, many progressives have emphasized the potential historical importance of her appointment. As one of the first Indigenous women appointed to Congress, Haaland has prioritized environmental protections and public lands. In fact, she has a lifetime score of 97% with the League of Conservation Voters, with only one anti-environmental vote.

If Biden’s picks have shown us anything so far, I think it is the necessity of a diverse and multifaceted cabinet. Haaland’s record speaks for itself, and I believe that she is the strongest choice. Her self-proclaimed “proud progressive” views and strong environmental record make her an obvious pick for this position. In fact, a letter signed by 50 senators from the House of Representatives, led by Grijalva, explicitly endorsed her for this position, describing her as “a respected leader.”

This year has been a year of intense hardship and unlike any other. The best way to address the many systemic issues that have been so glaringly present in our daily lives the past year is to create a cabinet that reflects the diversity of America’s people and political spectrum. Biden was right in saying that the challenges his administration faces are unlike any other––he must take radical action unlike any other president before him.