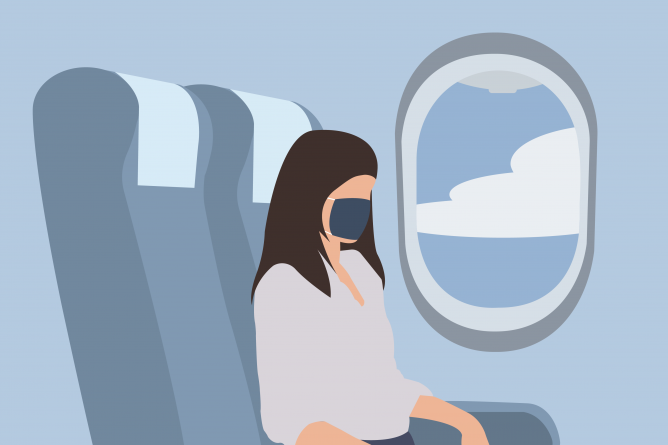 Unlike previous holiday seasons, this winter brings travel limitations as the number of COVID-19 cases has skyrocketed across the country and California reverts back to the purple tier. Consequently, hotels and airlines have both seen a decrease in customers as people are wary of traveling during the holiday season.

Oliver Guzman, a front desk employee at the Best Western University Lodge, described how typically the winter season tends to be slower than other months, with a 50% average capacity. This year, however, Guzman stated that the hotel has had a 15% occupancy rate during these past months. Similarly, Rocio Ramon, the front office supervisor for the Hyatt Place UC Davis, stated that the hotel often experienced an annual average of 85% occupancy.

As travel has become severely restricted, both hotel representatives explained that the decline in customers has caused a shift in focus. Despite limited guests, Ramon stated that the Hyatt’s mission is to provide ultimate guest satisfaction. The Hyatt hopes to cater to clients during this time through an emphasis on customer service along with competitive rates.

“I haven’t seen rates this low for the entire time I’ve been here,” Ramon said.

As the number of COVID-19 cases rise, many people are being forced into self-isolation due to possible exposure to, or contraction of, the coronavirus. Thus, hotels remain an independent place for people to quarantine from others. Fear over COVID-19 exposure, however, may divert travelers away from hotel stays. Guzman mentioned that the hotel only had two guests who were self-isolating. In both cases, the guests were transparent about their situation and received limited room service upon request.

As a result of the pandemic, Best Western has implemented more frequent cleaning practices.

“We’re maintaining and keeping our rooms clean,” Guzman said. “We’re trying to do at least a 24-hour gap in between room stays and also sanitizing with the spray guns.”

Ramon similarly mentioned that the Hyatt is undertaking additional precautionary measures. Previously, the Hyatt continuously adhered to changing statewide guidelines. Ramon stated, however, that the Hyatt will now continue to operate under the presumption that the state will remain in the purple tier for a longer period of time.

All public high-touch zones like elevator buttons and the front desk are sprayed multiple times a day. Meanwhile, members of the housekeeping staff wear masks and gloves while deep cleaning and pay special attention to high-touch areas like door handles, thermostats, counters and sinks. Afterwards, a housecleaning supervisor approves the room while also recleaning high-touch areas. Ramon also noted that there is no cross-ventilation between rooms since the filters are cleaned and air ventilation comes from the outside.

In terms of travel safety, Samantha Moss, the public information specialist for the Sacramento County Department of Airports, mentioned that airports have adjusted their health protocols as well.

Although many airlines across the country are implementing rapid-testing technology before allowing passengers to board their planes, airports in Sacramento County have yet to do so.

“We don’t currently have any testing sites at the airport,” Moss said. “It’s something we are looking into and may implement before the Christmas holiday. With regards to what airlines are doing, I know there are some destinations that are requiring [testing] to places that we have nonstop flights to such as Hawaii.”

She recommends consulting with specific airlines about what documentation is needed for proof of a negative COVID-19 test. Moreover, she outlined the safety precautions that the Sacramento Airport is taking. Social distancing, sneeze guards and mask mandates are enforced in compliance with state guidelines. Furthermore, the filtration system has been adjusted to allow for 100% fresh air flow. Cleaning has increased across the airport, specifically around high-touch areas and bins.

With the upcoming holiday season, however, Moss is unable to predict the business of the airport.

“I know for Thanksgiving we saw a slight uptick in passengers from what we had seen about [a] month before,” Moss said. “But we were at about 50% of what we saw in 2019 for travelers over the Thanksgiving holiday.”

New statewide restrictions on non-essential travel make it difficult to foresee and plan for the ongoing holiday season. Despite the implementation of cautionary regulations, there have been no major impacts in times or delays.

“It is a personal choice to travel or not. If you are uncomfortable with it, it’s not something I would recommend,” Moss said. “I know the airlines have also implemented a lot of safety protocols to make traveling as safe as possible during this pandemic.”
Written by: Farrah Ballou — features@theaggie.org