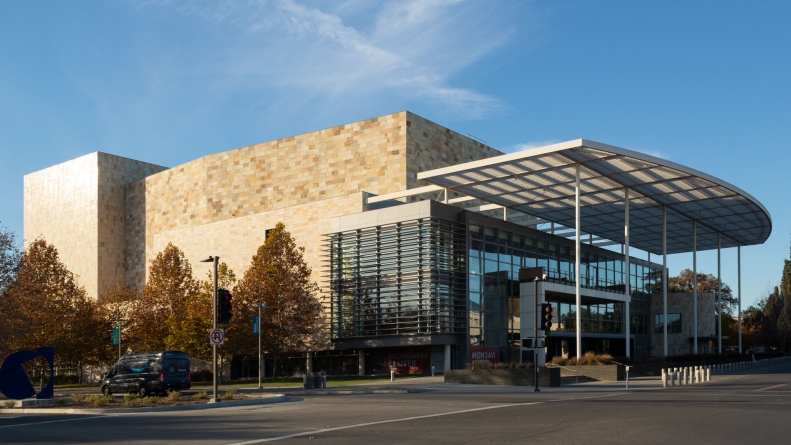 Live performances anticipated to resume in October 2021, dependent on COVID-19 vaccine, according to the Mondavi Center’s executive director

The “Homestage” production series is accessible on the Mondavi Center website. To access the performance streams, students must make an account with the Mondavi Center and sign up for the events. All recorded virtual events are free for UC Davis students with the exception of a few select productions, according to the website.

While the Mondavi Center auditorium remains desolate today, it was once a campus hub for performing arts and provided a creative outlet for students.

“Performing in front of a Zoom crowd is not the same,” said Sheila June, a third-year international relations major. “You need the energy in the room, and that needs people. But that’s just not something we can do right now.”

“Spoken word is something that I’ve been wanting to get into since high school,” June said. “The Mondavi Center has hosted open mic nights every quarter. That’s when I got out of my shell. That’s where I’ve been able to branch out and explore performing.”

Roth said he tended to go to many shows throughout the school year prior to the pandemic.

“Normally during the school year, which is when our season is, I spend a lot of time going to shows,” Roth said. “We’ve done as many as 100 performances in a year and normally we do around 50-60.”

Roth is in frequent contact with other performing arts directors across the country. UC Davis is part of an organization of arts programs called Major University Presenters (MUP). MUP includes UC Davis, Stanford University, UC Berkeley, University of Washington and 15 other American universities. Although the organization regularly meets twice a year, Roth said that the arts directors have been meeting twice a week since the pandemic started.

“All of us are checking in with each other a lot, because it is such a complex time and everybody can learn from each other,” Roth said.

Performing arts is a unique experience with unique challenges to virtual operations compared to other educational departments.

“All of us who work at the Mondavi Center believe in the value of the live arts experience—for people to be in the room with the artist while something is happening in that moment and to share that experience together,” Roth said. “We believe that it is important to stay connected to our public by having the home stage productions, but we also don’t think that they substitute for the live experience.”

Roth said that in-person performances are not only significant for viewers, but also for the performers themselves.

“For the artists too—they want the feedback from the audience, they want to be there and hear the people’s response,” Roth said. “That gives them energy and changes what they might be doing.”

June echoed these sentiments and noted the difficulty of a lack of connection between artists and audience members in an online platform.

“Performing is already such a big connection,” June said. “You need to have that audience to be your connection. Not having that is hard. At this past open mic night, recording into my phone wasn’t the same. My educational experience and performance experience, being able to be more comfortable with public speaking and getting up in front of a microphone, that is on the decline.”

“I’ve been getting weekly emails about the open mic nights,” June said. “They’ve been very supportive. Any contact I’ve had with any of the Mondavi Center directors or event coordinators has been pleasant and they have been very helpful.”

Roth projects the Mondavi Center will resume in-person productions beginning in October 2021. The performance experience may be different, however. Roth predicts temperature checks and social distancing at live performances.

“It’s our intention to return to live performances next season, which is the next academic year 2021-2022,” Roth said.
Written by: Hannah Blome — campus@theaggie.org