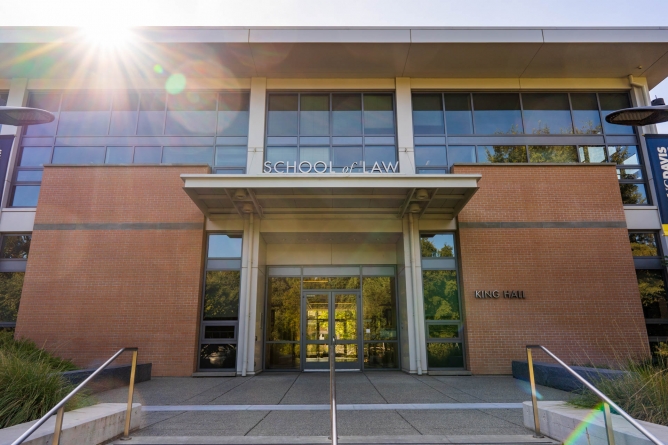 In 2015, the UC system began an initiative to provide legal services for immigrants directly through the school. Operating out of UC Davis’s law school, the UC Immigrant Legal Services Center (UCIMM) has been able to help students and their immediate families with legal services related to immigration and has inspired other higher education institutions to do the same.

The UCIMM has branches at all UC campuses, each of which have legal fellows, like Ariel Bailey at UC Davis, who shared some of the legal services that she and the other fellows provide for UC students.

“I do consultations and represent our clients who are associated with the UC Davis campus,” Bailey said. “We do general immigration consultations where we review an individual’s immigration history and personal situation to determine if they have any forms of immigration relief available. If they do, we can provide legal advice or even full-scope representation related to applying for immigration relief. The most common types of things that we do are DACA renewals and eventually hopefully DACA initial applications.”

Rachel Ray, a managing attorney at the UCIMM, explained that in addition to DACA, the center also provides comprehensive consultations, family petitions, U and T visas for students and their family members, special immigrant juvenile status and referrals for legal matters outside of the center’s abilities. It provides all of these services to students completely free of charge, and they are even working to bring similar programs to other colleges and universities nationwide.

The center has put together the “UCIMM Toolkit,” which is a resource containing important information about the UC’s immigration legal services model, in the hopes of expanding this service to other higher learning institutions. Ray explains that the toolkit aims to guide other institutions to create programs similar to UCIMM on their own campuses. UCIMM has consulted with the California State University system, the California community college system, the University of Oregon and other institutions.

“We do semi-regular advising of other higher learning institutions who want to implement a program similar to ours,” Ray said. “We’ll talk with them about their students’ needs and everything from funding to case management software to how to hire attorneys.”

Since President Donald Trump took office in January 2017, Ray explained that the needs of her students have changed, as the president has consistently threatened DACA throughout his term.

“There is a lot more fear and there are, generally speaking, fewer options for students,” Ray said. “The bulk of our clients are DACA recipients and DACA has been in flux since 2017, and we do a lot of advising on DACA and a lot of DACA renewals.”

In addition to changing DACA policy over the last four years, Bailey added that there has been a lot more confusion in the realm of immigration legal services.

“The biggest thing is just how quickly immigration policy has changed,” Bailey said. “It can be very confusing for even an attorney to navigate those changes, but for individuals who are trying to focus on school and living their lives, it can be a whole lot to deal with. So, we, as an organization, have had to […] be pretty nimble and react to a lot of changes and make sure we’re keeping students informed and staying on top of the law.”

As Bailey said, DACA policies have added new barriers for students who are also trying to juggle their course loads, jobs and commitments on and off campus. Since President-elect Joe Biden was officially announced as the president-elect, the center released a statement about their optimism for the next four years.

“It is our great hope that the election of Joe Biden and Kamala Harris will reverse the many anti-immigrant policies of the Trump administration,” the UCIMM team stated on their website. “In the months leading up to the election, we have been working to increase our capacity to assist the many students and family members who may be newly eligible for immigration relief under a Biden administration.”
Written by: Katie DeBenedetti — features@theaggie.org