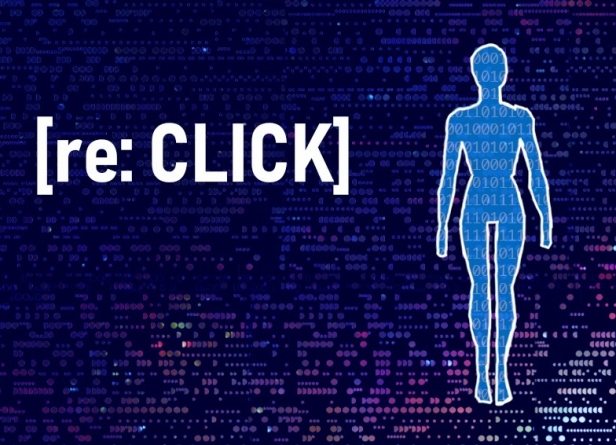 Have you ever been online?

“[re: Click],” a joint production between the UC Davis Department of Theatre and Dance and the American Music Theatre Project at Northwestern University, adapted and directed by Margaret Laurena Kemp and Roger Ellis, gave its final performance of the year on Dec. 12. It’s an experimental piece of theater—performed entirely online—that follows a group of students as they traverse the difficult and identity-disrupting realities of digital existence.

The show is based on a stage production, “Click” (written by Jacqueline Goldfinger), and was reimagined in a way that manages to capture the idiosyncratic and repetitious experience of online information gathering in a surprisingly evocative way. Through the series of embedded YouTube live streams and Vimeo links that make up the four parts of the show, viewers are fed a narrative suggesting rejection and exploitation, among other difficult symptoms of the modern flesh/internet split life.

Lines and inflections are repeated through various characters and motions are synchronized across screens, creating moments of near deja-vu that reinforce thematic ideas and concepts. The bulk of the performance, however, consists of college students staring blankly at some place just below the camera and almost unintelligible mutterings by performers off-screen. The presentation is purposely eclectic and never gives the viewer space to piece together information. Moments of clear focus are rare, but this is intentional: It’s built to mirror the cluttered informational wasteland of the internet. This is a focus that seems to be based in a boomerish fear of digital life and the implications of ownerless information, a fear many of us raised on the internet do not hold.

Furthermore, it’s easy for a viewer to wonder why none of these performers have been provided with a decent microphone, especially when so many lines are quiet and/or mixed with a chorus of others. A usable condenser mic plus audio interface is around $60.

The performance’s website is black and moody, often filled with Matrix-reminiscent hashes of binary, and generally sets a tone comparable to something off a deep web URL, which provides a fitting accent to the nebulous nature of the performance itself. The whole thing is steeped in a 2000s conception of the internet.

While definitely interesting, “[re: Click]” is an effort that in no way curbs its experimental presentation in the name of clarity. It’s an experience that requires active attention and deciphering to make a lick of sense out of what could be loosely considered its plot. It has shades of the multimedia spheres of “This House Has People In It” and co., though more limited in its capacity and less sprawling. This is an attribute that may or may not be to your taste. Live performances go on while you visit different parts of the website with no guidance, and it’s entirely possible to miss pivotal moments while on a different section (though due to their nature as embedded streams and videos, skipping back is easy).

While this year’s performances—the “alpha” version of the show—have come to an end, “[re: Click]” will have further dates with its “beta” version in 2021.