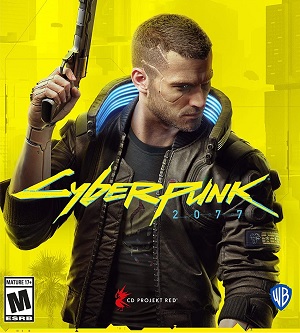 CD Projekt Red’s latest game is unplayable, and it’s hard to be sure you’d want to play it anyway

The anticipation for “Cyberpunk 2077” was intense, with 8 million pre-orders out of 13 million copies sold, more than half of those who bought “Cyberpunk 2077” did so before knowing if the game was worth playing. This stark vote of confidence was brought on by the almost universal acclaim of “The Witcher 3: Wild Hunt,” CD Projekt Red’s last release, and a nearly mythic promo which touted the game’s knee-buckling eight-year development cycle and the supposed breadth of content and possibility emerging as a product of said development cycle. But if people know about “Cyberpunk 2077” at this point, they probably already know what a mess it turned out to be.

Immediately after the game’s release, the full picture became clear: it was unplayably buggy and filled to the brim with scrapped features, a totally linear story progression and an almost empty open-world. And that’s if you could get the game to run, which some people, especially on console, couldn’t. Sony was overwhelmed by players attempting to return the game, eventually coalescing in their decision to remove it from the Playstation Store entirely. People were understandably upset.

The most vocal complaints had to do with the last-gen console versions, which developers had claimed ran “surprisingly well” but in actuality were undercooked enough to only sneak through Sony’s certification process on the tenuous claim they’d “fix things upon release,” according to Michał Nowakowski, a CD Projekt board member.

The kerfuffle that is “Cyberpunk 2077” has erased the reputation CD Projekt had nurtured over the last decade or so as one of the last truly consumer-friendly developers—one that earnestly cared about the player experience and would not lie, cheat or mislead in order to achieve the requisite sales numbers on a spreadsheet. As the games industry matures into a monolith comparable to Hollywood or the music industry, the onslaught of larger financial interests make it hard to reconcile the practical and the ideal. “Cyberpunk 2077” is just one of many battles in a war against the insipid scummery of corporate-led art.

With the sheer volume of issues plaguing the game, those affecting playability tend to take the helm (and understandably: most people prefer bad to unplayable), and it’s easy to lose track of some of the more depressing design elements present. “Cyberpunk 2077” is a digital graveyard of aborted mechanics and content, all mercilessly cut in the name of a swift release: a railway that spans the game’s world but remains inaccessible, constant dialogue choices that sound like they should have consequence but do nothing, AI that just stands next to imminently detonating cars, a “wanted” system that has cops visibly spawning around corners instantly alerted to your position, a “lifepath” system that seems like it should affect all sorts of things but which does almost nothing, hundreds of locked doors throughout the world leading to nothing, five distinct endings (one of which is a game-over screen) determined by a single piece of dialogue in the final mission, etcetera, etcetera, etcetera.

While the story is mediocre but indistinguishable from any other role-playing game, pretty much everything else is a depressing reminder of the realities of game development. “Grand Theft Auto 5,” a seven-year-old game, has a significantly more interesting, natural and polished open world, the games of David Cage (“Heavy Rain,” “Detroit: Become Human”) have more expansive narrative decisions and most action games on the market have better combat. What’s maybe more depressing than the game’s playability on release is the fact that it’s yet another game that’s essentially just “Skyrim” but slightly different—as have been a sad number of major video game releases over the last decade.