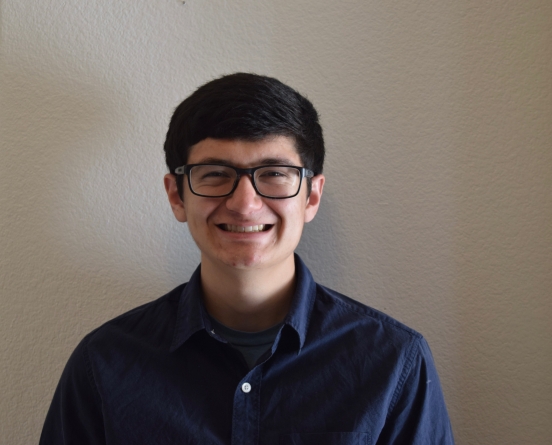 With the enactment of a stay-at-home order in March 2020, many turned to apps such as TikTok for entertainment. Justice Dodson, a third-year molecular and medical market biology student, was no exception to this. In fact, he began creating content on the app in March and his videos have only grown in popularity during the pandemic.

“I actually posted my first microscope video on March 12,” Dodson said. “At my community college we would have really long labs, so we would finish them early and my professor would let us look at whatever we wanted under the microscope. One of the things that we found was this dead bug and the pressure from the glass on top of the specimen caused it to explode. At that moment I was like ‘Okay this is really cool and I want to share it somewhere,’ so we did it again and I took a video and put it on TikTok.”

Dodson began his TikTok account when he was still a student at Yuba College, using extra time in labs to explore additional findings under the microscope. He explained that when he first started posting, he was strictly doing it for fun and did not expect to gain a wide following.

“In that moment, I wasn’t trying to do something crazy or something big, maybe it’s moved into that more now but originally it was just for fun,” Dodson said. “It got way more views than I thought it would so I was like ‘Okay, I’ll buy a microscope,’ and it just kind of took off from there.”

Throughout the year, Dodson has grown his TikTok platform to over 500,000 followers and has made hundreds of videos. One of his personal favorite videos was a TikTok of a dead centipede that he found. When he put it under the microscope, he found that the camera was actually able to see organisms that the centipede had eaten living inside of it, which he said was unexpected for both him and his followers.

Dodoson said that throughout the pandemic, his content has shifted from just posting microscope videos to trying to dispel rumors and bring awareness to facts about COVID-19. One of his first videos that went viral was a video of the virus on a face mask under the microscope, which highlighted the importance of wearing a mask.

“The original focus was just to share things that were interesting looking, but being at home and in the middle of the pandemic, I think the type of content that I make has kind of shifted,” Dodson said. “There’s so much conflicting information and taking it and putting it into one video where you break down any misconceptions and establish a scientific community on TikTok […] and just taking [the information] and putting it into a format that can be easily digested by anyone is what I’m trying to do.”

In the future, Dodson hopes to expand his audience beyond members of Gen. Z.

“The main thing I want to do is be able to reach a larger audience, and by that I mean more diverse,” Dodson said. “TikTok is a platform that is dominated by our generation and younger people.”

By discovering TikTok and ultimately making content informing people about the COVID-19 pandemic, Dodson has even started to reconsider his ultimate career plans. Although he began TikTok as a hobby and always planned on becoming a pharmacist, Dodson is glad that he’s been able to teach important scientific information  to people who aren’t necessarily interested in the field.

“I feel like it’s taught me how to maybe teach people science in non-traditional ways,” Dodson said. “We’ve all gone through a science class and sat there and watched lectures and stuff but I feel like that only works for some people. I’m a science nerd so it’s fascinating to me but not everyone shares that and I think the amount of creativity TikTok lets you have […] taught me how to present the same ideas I’m learning in […] a way that’s outside of the classroom.”Written by: Katie DeBenedetti — features@theaggie.org