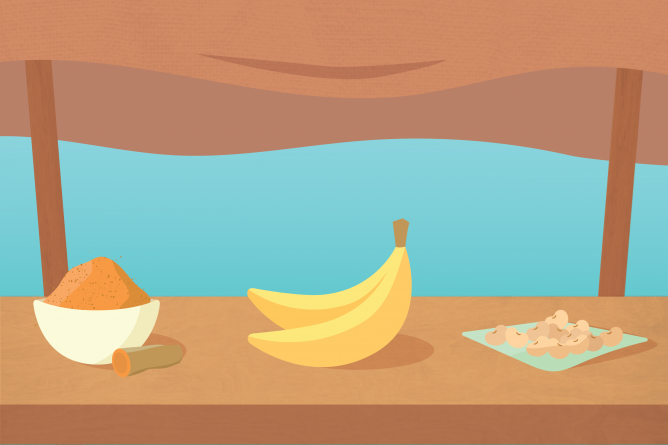 In the emerging field of paleoproteomics, researchers have discovered evidence that fruits and spices from Asia arrived in the Mediterranean earlier than originally speculated, according to the Ludwig Maximilian University in Munich. This research implies that in the Bronze Age, distant societies were connected by long-distance trade.

Paleoproteomics involves analyzing a variety of food proteins and plant residue that is preserved in the calculus (or plaque) of teeth, which is formed when bacteria in the human mouth petrifies. The field involves the difficult task of assigning individual protein remnants to certain particles of food which consists of strict identification, and which requires the protein surviving for thousands of years, according to the study.

Dr. Glendon J. Parker, a professor of environmental toxicology, and Dr. Jelmer W. Eerkens, a professor of anthropology, are both members of the Forensic Sciences Graduate Group at UC Davis and are both familiar with the field of paleoproteomics, a subset of proteomics. The professors collaborate together on a range of projects.

The field of proteomics is possible because the chemistry of calculus is an appropriate environment for the preservation of different biochemicals used to study the past, according to Eerkens. New techniques in studying this preservation is contributing to a new era of research.

One of the projects the professors are currently working on involves using proteomic signatures to estimate sex from a deceased individual’s teeth, which is important in the case of children, as there are no skeletal markers of sex. It is only when adulthood is reached that morphological differences appear between males and females. This data is used to investigate child mortality patterns in ancient populations that existed in a variety of locations such as California, and abroad in Peru, American Samoa and the Nile Valley, according to Eerkens.

Proteomics is used with substances other than teeth such as hair, which is also a good protein source, according to Parker. The professor is interested in developing forensic methods where you can detect genetic markers in hair protein to infer the genotype of an individual. Then it is possible to get random match probabilities from the protein, as opposed to the DNA.

Similar to the study, Dr. Eerkens has done work with the calculus of teeth to analyze the bacteria preserved in it to study alkaloid remains, such as nicotine. When nicotine is found preserved in ancient calculus samples, it can tell the examiner about the tobacco use in ancient societies.

Parker notes that this field of research is important because, although DNA is a richer source of information from a sample than protein, the protein is more stable than the DNA and is more likely to persist in an environment like calculus.

The advantage of proteins is that they represent the expression of a genome, according to Eerkens. If two people had identical genomes, but were exposed to different environments, then different protein signatures would be present. For example, if you take identical twin adults and one of them is pregnant, there will be proteins present in the pregnant twin that indicate the individual has been pregnant. The twin that is not pregnant will not have any traces of these proteins, despite the siblings having identical genomes.

“There’s additional information present in proteins that DNA can’t give us,” Eerkens said.

In the study of Mediterranean food trade, it was discovered that allergy-associated proteins appear to be the most stable in human calculus because of their thermostability. According to Parker, plant-based proteins in general are pretty stable. Allergens are also of interest due to them having different effects on humans today compared to ancient societies. Those societies required strong immune systems because of the natural way food was harvested.

“They weren’t in an environment that is sterile like today,” Parker said.

Paleoproteomics has been used in the past to detect blood-borne pathogens and host inflammatory responses. One study, published in 2017, used paleoproteomics to study 300-year-old dental pulp specimens from sixteen individuals. The individuals were from two archeological funeral sites located in France. One was documented as having the plague and the other was not.

It was discovered that three Yersinia pestis proteins were in 3/8 of the dental pulp specimens from the plague funeral site. The dental pulp specimens originating from the plague-negative site did not have traces of the protein. These distinctions would be unknown if it weren’t for the technologies and methods associated with paleoproteomics.
Written by: Francheska Torres —science@theaggie.org