March Madness to take place in the Hoosier state 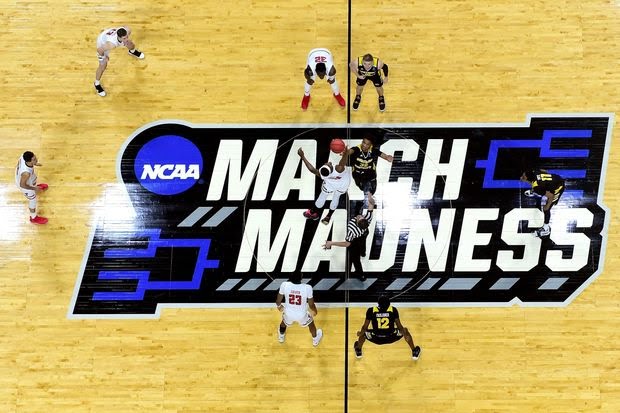 The conclusion of the college football season means it is now the homestretch for college basketball. Usually, mid-January includes many conference rivalries and the battle for supremacy in their region; however, the COVID-19 pandemic has resulted in a change of course for college basketball. Of course, the common goal is always a bid in the National Collegiate Athletics Association (NCAA) tournament and hopefully, a run in the national spotlight. But as we know, this era of sports has been anything but ordinary.

As we saw with college football, the NCAA and its programs have had trouble dealing with COVID-19. Even with scheduling that prioritizes reduced travel or the tons of precautions set forth, there have been many suspended and postponed games as well as halting of programs as a whole. Basketball programs across the country continue to be paused due to a variety of reasons, and with the NCAA men’s basketball tournament coming up in roughly two months, it seems nearly impossible to hold a tournament like years’ past.

After months of planning, the NCAA announced on Jan. 4 that the men’s basketball tournament, known as March Madness, would be held strictly in the state of Indiana, mainly Indianapolis, creating a bubble-type environment, similar to that of the NBA’s.

“This is a historic moment for NCAA members and the state of Indiana,” said NCAA President Mark Emmert in the press release. “We have worked tirelessly to reimagine a tournament structure that maintains our unique championship opportunity for college athletes. The reality of today’s announcement was possible thanks to the tremendous leadership of our membership, local authorities and staff.”

After last years’ cancellation that saw them lose an estimated $933 million in revenue not including the TV deal, the NCAA is trying to do everything possible for that not to happen again. Working with the Marion County Health Department, the NCAA medical protocols were approved and they will be partnering with local health provider to collect and administer COVID-19 tests for everyone involved.

The logistics, travel and other details remain to be seen, but the protocols and locations of the games have been set. They will play games on two courts inside Lucas Oil Stadium, Bankers Life Fieldhouse, Hinkle Fieldhouse, Indiana Farmers Coliseum, Mackey Arena in West Lafayette, Indiana (roughly an hour North of Indianapolis) and Simon Skjodt Assembly Hall in Bloomington, Indiana (about an hour South of Indianapolis). The Indiana Convention Center will be used as a practice facility and it will have many courts available for use.

In terms of the stay, teams will have a whole floor dedicated to themselves. Because the NCAA has a partnership with Marriott, most teams will be housed by the company, which has many hotels near the convention center where they will practice. On game days, teams will be transported from their hotels in a secure fashion, to try and avoid any contact or exposure with people not a part of the team.

“The 2021 version of March Madness will be one to remember, if for no other reason than the uniqueness of the event,” said NCAA Senior Vice President of Basketball Dan Gavitt. “With the direction of the Men’s Basketball Committee, we are making the most of the circumstances the global pandemic has presented.”

There are many questions not only as to how this will work, but to how does one get everyone transferred to Indiana without risking the health and safety of the athletes, staff and everyone else who may be in contact with them? The NCAA released its initial health protocols for the tournament, and student-athletes, coaches, trainers, physical therapists, medical and equipment staff and officials will all have to show proof of seven consecutive negative tests before arriving in Indianapolis. Once there, they will be tested daily throughout their stay.

Aside from on-court activities, masks and social distancing will be required by athletes at all times, except when alone in their rooms or while eating in the designated areas. All will wear a KINEXON contact tracing device throughout the tournament, which are meant to help with contact tracing and let people know who a person with a positive test had been around. In the event of a positive test, these devices will help stop the spread of the virus before it gets bigger.

In terms of attendance, the initial plan is to allow all athletes, coaches, trainers, physical therapists, medical and equipment staff and officials to bring up to six family members each, capping at 420 in total per team. But, these people who are invited will not be allowed to be in close contact with anyone involved in the tournament. Aside from family, the official word on if fans will be allowed is scheduled to be announced on Feb. 1, as the NCAA continues to work with health officials to figure out the best option.

“Our emphasis is on the safety and well-being of everyone participating in the event,” said NCAA Chief Medical Officer Dr. Brian Hainline. “By working with local health officials to develop protocols and administer COVID-19 testing, we are confident we will provide a safe environment for student-athletes, coaches, administrators and officials.”

No official dates or specific timelines have been set for this event yet, but it is believed to be not too different from previous years, where the tournament runs from mid-March to April.

The NCAA could not afford to lose out on another lost March Madness tournament. Absorbing the cost that this will bring will be worth it in the grand scheme of things, which is why they are desperate to make it work. In the NBA’s version of the bubble, the league spent $150 million in its entirety, but gained $1.5 billion in revenue. The benefits outweigh the cost, but the question remains on how successful will it really be.

The clock is ticking for the NCAA. With roughly two months left before the tournament, they must develop a fully detailed plan soon and prepare for all 68 teams they will host as well as the 67 games they hope will take place. This large bubble-type plan will take a lot of work but if done right, the NCAA might have figured out a way to hold other major college tournaments during a pandemic. Done wrong though, and the costs could be massive. The pressure is on the NCAA, not only to continue its long tradition of March Madness, but to make sure they are not risking the lives of anyone involved in the process.
Written by: Omar Navarro — sports@theaggie.org