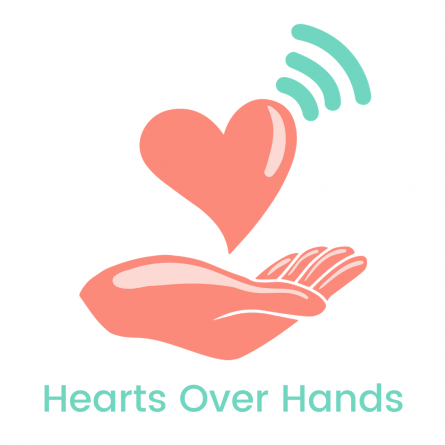 Through Hearts Over Hands, students serve as one-on-one mentors for children all over the country

During the COVID-19 pandemic, students have had to adjust to virtual classes and the cancelation or postponement of most summer camps and after school enrichment programs. This has left many caretakers struggling to keep their kids busy and engaged in learning for the past 10 months. Hearts Over Hands is an organization that connects these families with college-aged tutors to help mentor and teach their children while physical tutoring or daycare centers are closed.

The child mentorship program started in April 2020, when the COVID-19 pandemic was just beginning. Its creators wanted to build a program that would help the families most affected by the pandemic: essential workers, parents facing illnesses and single parents. Hearts Over Hands created a “Big Sib” program, in which college students are matched with a family and take on a combined role of tutor, playmate and mentor.

UC Davis created its own club for students looking to get involved with the program during spring 2020, and now more than 10 UC Davis students are active “Big Sibs” to these struggling families.

One of Davis’ “Big Sibs” is Sonam Sehdev, a third-year neurobiology, physiology and behavior (NPB) major. She decided to join Hearts Over Hands last spring after seeing a Facebook post about the club. She was matched with a family in New York with a newborn and two young boys, so she became a virtual playmate and babysitter for the two boys twice a week. Sehdev said that she initially worried that she wouldn’t be able to be much help over Zoom, but she was surprised by how much she and the boys benefited from the experience.

“Before I joined the program, I was kind of reluctant because I was like, ‘I don’t know about meeting a random family and trying to help them virtually,’” Sehdev said. “It seemed kind of like that would be tricky, but it was surprisingly very easy. They were super friendly. I’m glad that it helped them because it helped me to have a designated time where I get away from school and just do something completely different.”

McKenna Ma, a third-year NPB major, was also surprised at the relationships that she formed with her mentees. Ma has two “little sibs,” a 5-year-old boy from New York and a 16-year-old girl in Southern California. She shared that when she began working for Hearts Over Hands, she was mostly looking for a way to give back to the community, but she has now formed a much deeper friendship with her older mentee, Alex, than she expected.

“I figured ‘Oh, you know, [I’m] just helping a kid out,’ but her mom let me know that I was a lot more,” Ma said. “I feel like at that point, I kind of transitioned our meetings to being a little bit more open.”

Ma said she also feels like she has created a sibling-like relationship with her younger mentee. She shared that usually in their sessions they played board games like “Battleship” or “Guess Who?” and talked about Harry Potter. She was even able to get him a shoutout from one of his favorite YouTube video creators that he told Ma about in a session.

“He loves watching YouTube, and so I actually got one of his favorite YouTubers to record a little video for him saying hi and all that sort of stuff,” Ma said. “He flipped out.”

Valerie Betsis, a fourth-year NPB major, had a similar story as Ma and Sehdev, finding that she connected with her mentee in a really special way. Last spring, Betsis was paired with a middle-school-aged girl from New York, who made her a heartwarming gift when they finished their sessions together.

“She made me a little PowerPoint thanking me, which I totally didn’t expect, but it was just so wholesome and so nice to see that what I was doing was actually worthwhile,” Betsis said.

Betsis said that she joined the club while she was at home during spring quarter as a way to give back during the pandemic.

“As someone who wants to go into the health field after graduating, I thought that this was a really great thing that I can do […] without any sort of prior medical experience, to kind of help with the pandemic,” Betsis said. “I think that I just wanted to do anything I could, and I thought that this is a great opportunity for me to kind of give back.”

Liliana Wilf, a fourth-year human development major, also joined Hearts Over Hands because of her job intentions post graduation. Wilf plans to pursue teaching and said that the pandemic has made it difficult to get experience teaching and interacting with children in person.

“It’s really a great way for me to still have interactions with children while I can’t be in a classroom or at a camp to watch kids,” Wilf said.

Wilf taught cooking and dance classes at some of the program’s larger events, in addition to working as a “Big Sib” for siblings in middle school. She also shared Betsis’ sentiment pertaining to giving back during the pandemic.

“I think a lot of students feel like they want to give back but they don’t know how because it’s really hard to give back without meeting in person,” Wilf said. “So this is a really nice way to help people all over all over the country and just to say thank you to the first responders and to people who are putting their lives on the line.”

The program has over 200 volunteers from different universities and have been able to serve over 200 families. Sehdev also said that they are still enrolling new families to further expand Hearts Over Hands. The program is also accepting applications for new “Big Sibs” through their website. Betsis said that she believes the work that the program is doing is extremely important at this time.

“I think what Hearts Over Hands does so well is it provides you [with] that one-on-one interaction, where even though it is online, you still get that human interaction with somebody else,” Betsis said. “I think that that’s so necessary for a child and for development. And I think that it provides them [with] an individual to talk to who may not necessarily be their parent […] it gives them that social interaction that they so desperately need right now.”