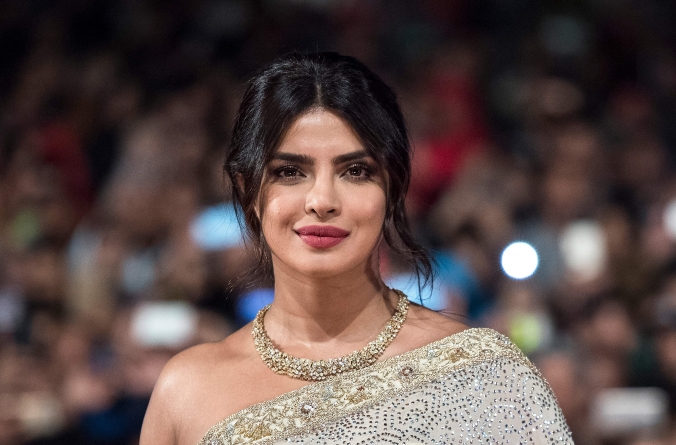 “White is clean, white is pure, white is beautiful,” declares an advertisement from Japanese cosmetics company Mosbeau—a portmanteau of “most beautiful”—which specializes in skin-whitening creams and supplements. The 30-second video-ad features a Filipino model who credits her confidence and good looks to the brand’s skin-whitening cream, before promising customers that they too can have whiter skin and be their “most beautiful” selves. Mosbeau is one of many brands that help make up an $8 billion market for skin-lighteners, but who exactly is driving this multi-billion dollar industry?

At a young age, most Asians are told to stay out of the sun—to fear it. “If your skin is too dark, you won’t find a husband” was a phrase I heard all too often growing up, accompanied by the slightly more subtle “you’re pretty, for a brown girl.”

Many Asian women feel pressured to maintain fair skin, turning to skin-lightening creams with harsh chemicals like mercury and hydroquinone, which are known to cause irritation, poisoning and even long-term damage to the nervous and renal systems. Despite the health risks, skin lighteners continue to be a popular commodity, underscoring a Eurocentric standard of beauty that is literally toxic. In the wake of recent social movements and efforts to tackle anti-blackness, uprooting colorism in the Asian beauty industry is a long-overdue measure.

In South and Southeast Asian countries, colorism is a colonial legacy rooted in class systems. In colonial-era Indonesia, natives who spent hours working in scorching-hot paddy fields had dark skin, while wealthy Dutch women who spent their time lounging indoors had fair skin. Similarly, the ancient Hindu caste system made fair skin desirable in India, Sri Lanka and Nepal, as laborers in the lower castes had dark skin and were subject to poor treatment from their higher-ranking, fairer-skinned counterparts. Thus, fair skin became synonymous with wealth and power, making it a sought-after, profitable trait.

Apart from using chemicals to lighten the skin, Asian beauty trends include using a paler shade of foundation and wearing colored contacts in an attempt to mimic European features. While everyone has the right to use makeup how they want and follow trends that make them feel confident, the problem with Asian beauty companies pushing an exclusively white, Eurocentric image of beauty is that young girls with naturally dark skin, deep eyes and wide noses will end up hating themselves for looking different—feeling as though they have to undergo painful, unnecessary changes in order to be beautiful.

Evidently, the beauty industry seems to be making slow headway in achieving greater diversity. In 2016, #unfairandlovely was a global social media campaign launched against skin-lightening brand “Fair and Lovely,” which was famous for problematic commercials that featured darker-skinned models portrayed as lonely and undesirable, while noticeably lighter-skinned models attracted success and happiness. In August last year, “Fair and Lovely” changed its name to “Glow and Lovely”—a small step towards overcoming toxic beauty standards in the greater South Asian community.

However, it’s not enough to simply change the name of a skin-lightening product while still perpetuating attitudes that contribute to its demand. There should be a greater representation of dark-skinned models in the Asian beauty industry, and businesses should be held to a higher standard of ethics when it comes to both their products and their advertisements. As we collectively try to unlearn colonial beauty standards—spending a little more time under the sun—we give way to a new era of beauty, one that embraces racial diversity and our natural features, so that one day, hopefully soon, young girls will look in the mirror and see their unique features as something worth celebrating.