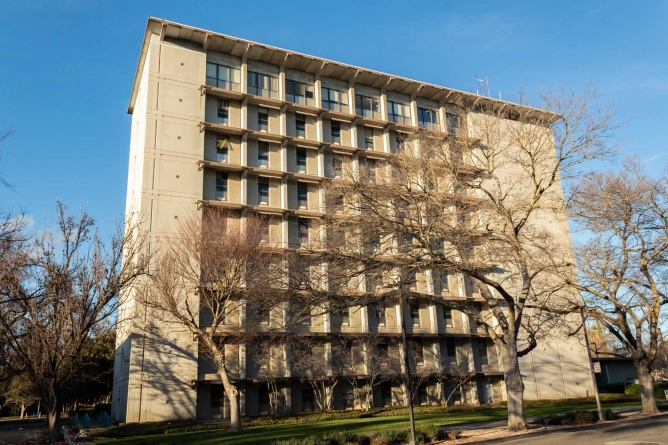 Thanks to the efforts of students, alumni, staff and community members, the course also introduces the first app to accompany a UC language course

After eight years of demand, the Punjabi language program has officially launched through the UC Davis Middle Eastern and South Asian Studies Program for UC-wide enrollment. The Elementary Punjabi three-course sequence is being taught fully online, with the first group of students having begun the class in the Winter Quarter of this year.

UC Davis, alongside UC Santa Cruz and UC Santa Barbara, received a grant of about $200,000 through the UC Innovative Learning Teaching Initiative (ILTI) to fund the course. While other UCs have offered Punjabi classes in the past, this is the first time the Punjabi language course will be available online to all UC students.

The course is called “Punjabi Without Walls,” since it goes beyond the physical classroom walls and traditional way of teaching. It is modeled after a similar online language program called “Spanish Without Walls,” launched by UC Davis Professor Robert Blake.

Pushpinder Kaur, a Bay Area author and teacher, led the curriculum effort together with Arshinder Kaur at UC Santa Cruz and Upkar Ubhi at UC Berkeley.

According to Dr. Sudipta Sen, the director of the Middle Eastern and South Asian studies program at UC Davis, students had been asking to have Punjabi taught at UC Davis for more than eight years, but the university was hesitant to approve it due to budget and enrollment concerns. It was the long-standing student demand that helped this program get approved, Sen said.

One of those students was Harfateh Singh Grewal, a UC Davis alumna. After taking a class with a visiting lecturer during his junior year, Grewal and some members of the Sikh Cultural Association came together to ask for a Punjabi course at Davis.

Despite this, it wasn’t until 2015 when Dr. Nicole Ranganath, an assistant adjunct professor at UC Davis, reached out to Grewal to further discuss and develop the curriculum for the program. Grewal says he is proud it has finally launched.

“The most unique aspect of this program is that it grew up from a strong partnership between the UC system and the Punjabi community,” Ranganath said. “This innovative approach to offering Punjabi for all UC students would not exist without the support of hundreds of friends in the Punjabi community.”

So far, the course has been popular, having filled up immediately with 35 students on the waitlist.

Dr. Kuldeep Singh, the lecturer of the Punjabi course currently in place, emphasized the time and effort it took for this program to come into existence.

“We have more than 800 UC Davis Punjabi heritage students who really wanted to learn the language,” Dr. Kuldeep Singh said.

The course developed its curriculum not only through staff in the UC system, but also relied heavily on community members who have taught Punjabi, including instructors from gurdwaras, or Sikh temples, who volunteered their time.

So far the course has been popular, having filled up immediately and had several students on the waitlist.

The course also introduces the first app to accompany a UC language course, called UC Punjabi. The app was developed by volunteer Punjabi software engineer Nirvair Singh and UC designer Unmol Singh Bhinder. Students can use the app to listen, write, pronounce, read and more to further help develop their Punjabi skills and learn Gurmukhi script, which translates to “from the guru’s mouth.”

Not only does the course offer Punjabi language, but it integrates Punjabi culture as well, with students learning about Punjab holidays, food and more.

“Language is a carrier of culture,” Dr. Kuldeep Singh said. “I share my passion for the Punjabi language and my pride for the Punjabi culture. They are not only learning language; they are enriching themselves in the culture.”

Currently, the course is filled with mostly students who have Punjabi heritage, but there are students from different ethnicities and backgrounds as well.

Jasdeep Hothi, a current fourth-year psychology and political science double major, was also a part of the students who pushed to get the course approved, gathering signatures from classes she was a part of in the past and advocating for funding since her first year.

She is one of the few students who advocated for it and has gotten the chance to experience the class.

“There’s a lot of Punjabi students at Davis,” Hothi said. “Walking to class, I would run into five to six Punjabis every 10 minutes. We were stuck taking Hindi classes, because that’s the second closest language to Punjabi. To have Punjabi now is a game-changing factor, because it opens doors for other Punjabi literature classes to be offered or Punjabi history so it’s definitely a stepping stone in the right direction for the Punjabi community.”

With UC Davis being surrounded by cities with large Punjabi communities, and with Punjabi being the third most spoken language in the Central Valley, the Punjabi program is a win that students, staff and other community members can celebrate.

“California Punjabis are a very old community,” Sen said. “They came here in the 1880’s and 1890’s, and they have been part of the California ethnic landscape for a very long time. [The Punjabi program] not only enriches our MESA program, but recognizes the contributions and the presence of more than two generations of Punjabis in the Central Valley and the greater Sacramento region.”
Written by: Annette Campos — campus@theaggie.org