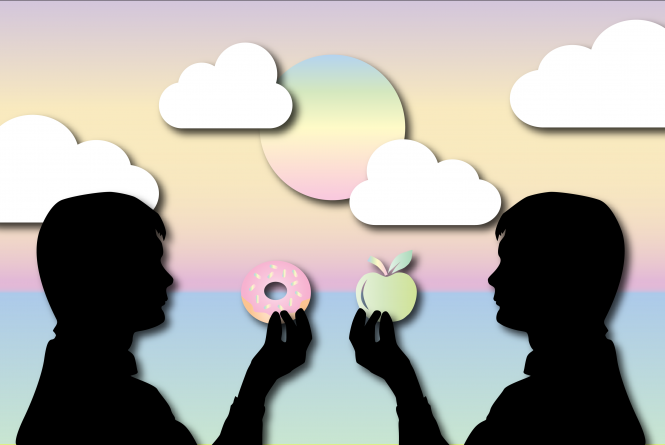 This article is the first installation of The California Aggie’s Mind and Body series, which discusses nutrition, physical wellbeing and mental health.

Over the past few months, posts concerning fear over possibly harmful dyes, additives and ingredients in food have been circulating on social media. There have been particular concerns about food additives banned by the European Union (EU) but approved for consumption by the Food and Drug Administration (FDA) in the U.S.

Tatiana Diacova, a Ph.D. student studying nutrition at UC Davis and a member of the Graduate Group of Nutritional Biology, stated that although people are often worried about the food additives permitted in the U.S., these compounds actually function to make food safer.

“Basically, we need to find things we can add to our foods that would make them less friendly to pathogens but more palatable and appealing to the consumer,” Diacova said.

One of the controversial chemicals, potassium bromate, was banned by the EU but is still used in U.S. food production. According to Diacova, however, this chemical serves a useful purpose.

“Potassium bromate is added to flour because it makes the product extra fluffy and soft—and that is exactly how we like our burger buns,” Diacova said.

The EU, after conducting research on mice, banned potassium bromate upon discovering a connection to the chemical and the development of cancer. Diacova, however, stated that the study’s results do not directly translate when considering human health.

“Usually, such studies use the raw and isolated version of the compound of interest and administer it to mice in very high amounts over the course of a few weeks,” Diacova said. “The problem is that under normal circumstances a human would not be able to consume such a large amount just through dietary sources.”

Furthermore, according to Diacova, the FDA has not banned potassium bromate because baking converts it into a harmless substance—bromide.

Meigan Freeman, a fourth-year clinical nutrition major and the president of the Student Nutrition Association at UC Davis, stated that restrictions relating to food dyes were approved in the EU after studies on food dyes became more prominent.

“There are studies that show food dyes have made kids, a small percentage of children, more hyperactive than they normally would be,” Freeman said.

Freeman stated that the UK banned food dyes after such studies were released, but that the U.S. kept dyes in production because there was not enough evidence of their possible risks. Freeman stated, however, that the overall impacts of food dyes are not detrimental.

“A little bit of hyperactivity is bad but it’s not dangerous,” Freeman said.

Although there are possible negative effects that result from consumption of chemicals and dyes, Freeman said there is a tendency to exaggerate the impacts of many of these ingredients.

“I think there is misinformation about how bad it is,” Freeman said. “When it keeps getting spread around on Facebook over and over it’s like the telephone game, it gets worse and worse sounding.”

Freeman emphasized the necessity of reading peer-reviewed pamphlets and articles to gain an accurate and more comprehensive understanding of how these chemicals work.

Diacova also said that food dyes and additives are prevalent in packaged foods that already tend to be unhealthy. To maintain a healthy relationship with food, she stated that it is important to have both variety and moderation in one’s diet.

According to Debbie Fetter, an assistant professor of nutrition at UC Davis, knowledge of the health effects of food dyes is limited.

“Generally my rule of thumb for artificial colorings [and] additives [is that] there’s still a lot that we don’t know,” Fetter said. “I would recommend for people to generally consume most of their foods coming straight from the whole food source.”

Although eating whole foods is important, according to Fetter, it is safe to consume packaged foods in moderation.

When assessing packaged products, Fetter stated that it is easy to be confused by food labels. For example, attempting to identify the amount of hydrogenated oil, which is artificially-produced trans fat, on food labels can be difficult due to labeling laws that make them confusing to interpret.

“If a product has less than 0.5 grams of trans fats per serving, the manufacturer can list 0 grams on the label,” Fetter said.

Fetter stated that this can become a problem when people consume more than one serving, and thus may ingest more trans fat than anticipated.

“Products that have had artificial trans fat are things like Cheez-Its,” Fetter said. “How many people actually consume one serving of Cheez-Its?”

In order to maintain a healthy diet, Fetter recommended setting aside 20-30 minutes each weekend to plan out a grocery list that will allow for healthy meal options. She recommended grocery stores like Trader Joe’s which tend to contain more affordable produce. Fetter, however, suggests remaining aware of the fact that all stores, even grocers like Trader Joe’s, can carry unhealthy foods.

“Trader Joe’s gets that health halo effect where people think that everything coming from Trader Joe’s is going to be super healthy,” Fetter said. “But their Joe-Joes are still Oreos; their cookies are still cookies. It’s always good to just be mindful of that.”

To obtain access to fresh produce during the pandemic, Freeman recommended the ASUCD Pantry, CalFresh or the Supplemental Nutrition Assistance Program (SNAP) to secure produce at affordable prices.
Written by: Farrah Ballou — features@theaggie.org