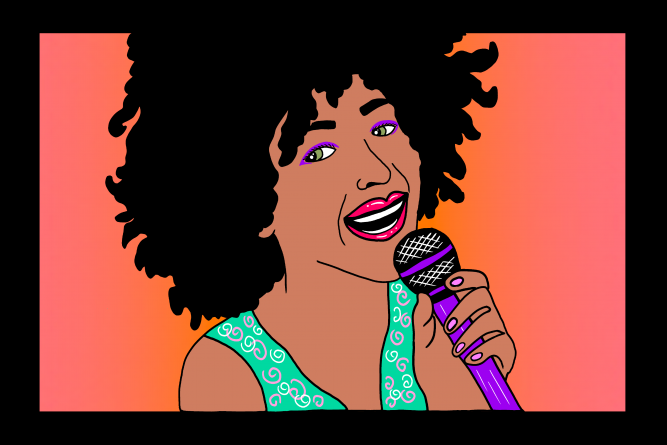 On Saturday, Jan. 30, Lindsay Flores and Karylle Ilao, two first-year students, hosted their monthly virtual open mic night for all UC Davis students. The event was attended by around 15 students and featured music, poems, comedy and children’s stories. The hosts began the night with an icebreaker, then introduced the performers who signed up beforehand. Audience members were muted during each performance, but they were able to show support through Zoom’s chat feature. They opened up the floor to any other students who wanted to perform before using the second half of the night as a midterms study hall.

Flores, a first-year animal science major, had the idea to start these open mic nights before her first year at Davis began. She started writing poetry during her freshman year of high school, but she could never find open mics for people under 18 years old. During her senior year she began hosting open mic nights at a coffee shop that had opened up in her city and brought along the tradition to Davis.

“When the pandemic started and we went to college, I realized I missed hosting open mics and hearing people’s stories,” Flores said. “So I thought it’d be really fun to bring that back as a way to get to know more people at the university while also getting to hear a bunch of talent.”

Flores shared her idea with Karylle, a first-year civil engineering major, and the two hosted their first open mic in September. Over 70 students attended and performed, most of whom were first-years, and Flores stated that it was a great way for new students to get to know each other. She said that in addition to seeing other students showcase their talent, her favorite part of the open mics is watching students meet one another and become friends.

“Open mics are a really good opportunity to meet people,” Flores said. “Yes, it’s a place for talent, but it’s also a place to make friends and talk in a welcoming space.”

Flores encourages all students to attend and perform during the open mics. She said that they do not need to be a professional or even have a structured performance, but can express themselves in any way they would like.

“If someone were to come to the open mic and just talk about how their day went, I would love to hear it,” Flores said. “When people think, ‘I’m going to the open mic just to watch because I don’t have any talent,’ I don’t think that’s true. I think everyone has a talent that can be heard, even if they don’t realize it.”

Ilao agreed that one of her biggest goals for the open mics is to help students get to know one another outside of class, especially since many of the first-year students aren’t on campus this year. Hosting the open mics has even helped Ilao connect with other students.

Both hosts have performed during each open mic night to encourage other students to feel more comfortable performing. Flores recites her own poetry and Ilao usually performs songs on the guitar or ukulele.

“Performing online is definitely a weird experience,” Ilao said. “I still get pretty nervous any time I perform, but when I do, I have that option of putting Zoom in a small corner of my screen and looking at something else.”

Ananya Yogi, a first-year genetics major, has attended multiple open mic nights. Yogi met Flores through an online group of UC Davis class of 2024 students and they planned on rooming together during their freshman year. Even though they were unable to live together due to the pandemic, the open mic nights have given them an opportunity to connect virtually. Yogi said that she has also performed at a few of the open mics.

“The open mics were really cool because everyone’s just really supportive,” Yogi said. “I think part of that was pandemic loneliness-related, and we were all excited to actually be able to see and talk to a lot of people at once.”

Yogi had some experience with performing online, as she participated in a theater show on Zoom prior to the open mics. She pointed out that though it is a great way to connect, there are more technical difficulties that can occur while performing through Zoom.

“For example, your mic can blow out if you sing too loudly,” Yogi said. “So you need to learn about tech and how to modulate it to your own needs. It’s interesting acting or singing from your chest up. And if you do want to move around, you have to make sure your camera angles make you look good. It’s a lot of mixing film and the stage.”

Despite the additional factors to consider when performing, Yogi continues to share her talent during the open mic nights because of the supportive environment.

“There’s a supportive nature that comes about, which is hard to find,” Yogi said. “There’s been a multitude of talents at the open mics and everyone just supports one another, because it’s hard to do that in front of strangers.”

The next open mic night will be on Saturday, Feb. 20 from 8-10 p.m. More information can be found at the UCD Freshmen Open Mic’s Instagram page.
Written by: Liana Mae Atizado— features@theaggie.org