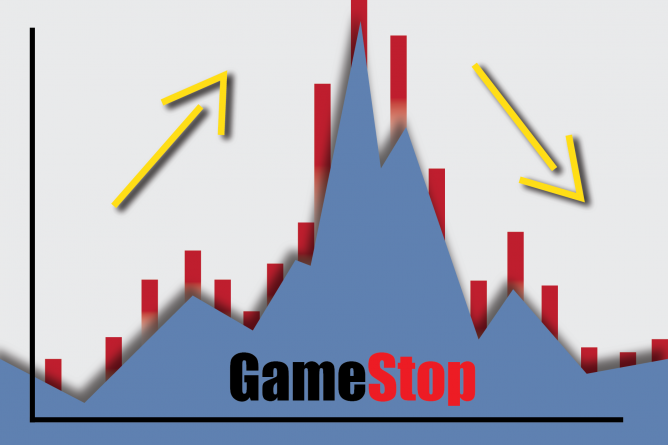 In late January, the Reddit group r/wallstreetbets sent out a call to buy Gamestop stock despite the hopes of Wall Street traders who bet that the video game retail outlet’s stock would fall. Many of the investors inspired by the Reddit group used brokerage apps like Robinhood, and some UC Davis students joined in.

Mihir Wadekar is a third-year computer science and engineering major who recently began investing using Robinhood and purchased some of the shorted stocks like Nokia and Blackberry.

“I started investing right after we got our stimulus checks,” Wadekar said. “This is pretty much money I haven’t earned.”

Dong Yeon Lee, a third-year psychology major and president of the UC Davis stock market club, has been investing since he was 18 years old.

“More people are investing now,” Lee said. “I see that as a good thing.”

Dr. Brad Barber, a professor of finance at UC Davis co-wrote a paper that showed hype-chasing investors will often buy stocks because they see a company favorably depicted in the news, artificially driving the price up for a short time.

“This is an attractive play for short sellers because they can see the retail herd going in and it’s a generally good bet to bet against it,” Barber said.

After the hype dies down, people sell off shares in large numbers and the price of the stock overall plummets; this is when short sellers buy back the shares at low rates, pocketing the difference in price per share. As a result, hype-chasing investors lose an average of 5% of their earnings around a month later as the frenzy dies down.

“We basically found that the top about 10 stocks purchased by Robinhood users each day go on to earn poor returns,” Barber said.

However, in the case of Gamestop, things played out differently than short sellers anticipated. Gamestop reached a height of approximately $380, driven largely by calls from Redditors to jump on the stock.

“It’s really retail investors using Reddit as a forum to coordinate their attacks on short sellers,” Barber said. “Really what it reveals is a general resentment of Wall Street.”

Unlike his genuine belief in the legitimacy of Gamestop’s long-term goals, Lee said his reasoning for purchasing AMC was different.

“If I had more money I would buy more because I really don’t like hedge funds,” Lee said.

For the hedge fund Melvin Capital, this meant having to buy back the stocks at a higher price because they feared losing even more money if they held on.

“What was unusual about it is that retail investors in that episode decided to fight back, if you will, against the short-sellers,” Barber said. “That fight back is interesting because it made it very risky for short-sellers.”

Wadekar said that the move was to send a message to short sellers that Redditors could collectively make them lose considerable amounts of money just because they wanted to.

“I feel the movement was a symbol telling Wall Street that retail investors are not stupid like they presume,” Wadekar said.

After shares in shorted stocks skyrocketed following the wave of media attention, Robinhood started to limit buying highly volatile stocks. Wadekar, who bought Nokia and Blackberry stocks during the spike, said this drove the price back down sharply.

“I bought them on Robinhood and the next morning Robinhood decided to shut off the ‘buy’ option so people could only sell,” Wadekar said. “And because of that, people panicked.”

There have been calls on both sides that hedge funds, as well as Redditors, have engaged in market manipulation by artificially driving the price of the stock up or down, respectively.

Lee, who invested in Gamestop before the spike when it was between $17 to $20, said he has been holding it through its rise because he believes in the company’s ability to succeed and not because he planned on jumping ship once the stock rose.

“I think if the beliefs are being shared and are sincerely held, then it’s not really market manipulation,” Barber said.

Wadekar said he hopes investors will now have increased control over their finances.

“This episode has just proven that hedge funds can make mistakes,” Wadekar said. “Why would you want to trust someone like that? If they are losing billions of dollars and they went bankrupt, they will take your portfolio with them.”

Barber said that one of the reasons he encourages new investors to buy index funds, a much slower moving but safer investment option, is that they are cheap comparatively and the majority of the returned funds go to the investor and not to Wall Street.

“In other words, index funds are a good way of making sure the gains from the Stock Market go to Main Street rather than Wall Street,” Barber said.

Wadekar said that Gen Z and Millennials have shown that the way the stock market traditionally operates needs to change.

“I feel we’d be more inclined to trust ourselves then the hedge funds because of what happened two weeks ago, what happened in 2008 and what has been happening in Wall Street,” Wadekar said.
Written by: Kathleen Quinn — campus@theaggie.org