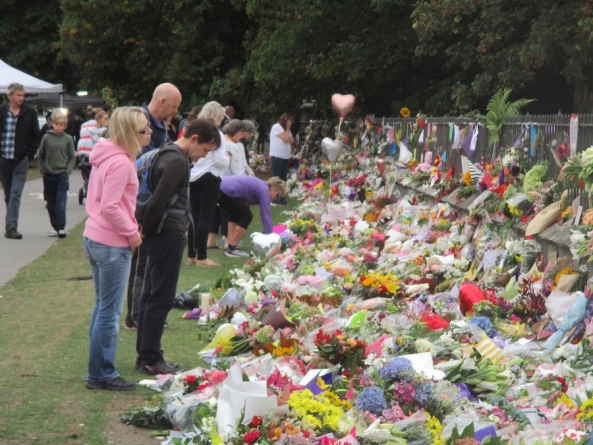 All hope was yet to be lost. During a “Save America” rally on Jan 6., former President Donald Trump rang the last battle cry. Holding on to claims of election fraud and ballot harvesting, Trump’s words gave his supporters the final spark they needed: “We fight like hell and if you don’t fight like hell, you’re not going to have a country anymore.”

A flurry of vandalism, violence and vitriol against President Joe Biden’s win in the 2020 election was unleashed onto the U.S. Capitol by an estimated thousands of Trump supporters. Riots aren’t built in a day, and Trump had been laying the inciting instruments throughout his term as president, from Tweets grounded in racist and xenophobic rhetoric to his reluctance to condemn white supremacist groups. The aftermath of the riot not only reveals the state of democracy in disarray, but cements Trump’s legacy for bringing far-right extremism into the mainstream.

The prominence of far-right extremism is especially concerning due to the historical ties between pandemics and extremism: “Since ancient times, pandemics have spurred sharp turns in political beliefs, spawning extremist movements, waves of mistrust and wholesale rejection of authorities,” wrote Marc Fisher for The Washington Post.

Isolation, blame and a paralyzing economy has people “in the absence of trust […] need[ing] to believe in something,” according to University of Maryland social psychologist Arie Kruglanski. Far-right extremism, according to Kruglanski, has picked up on these fears to manipulate people who may not normally subscribe to such ideology.

As the U.S. is facing mounting extremism, teenagers are left vulnerable especially during this pandemic. For many adolescents, their youth has been abruptly put on pause by the pandemic. A lack of social interaction and increased internet use compounds their vulnerability in being exposed to extremist ideologies at a time in their life when they are most malleable.

Cynthia Miller-Idriss of the Polarization and Extremism Research and Innovation Lab at American University lists an abridged version of extremist mobilization during the pandemic, from white supremacists targeting and scapegoating Asian Americans for COVID-19 to far-right extremists manipulating the protests following the police killing of George Floyd in an attempt to incite a race war.

Online gaming communities are becoming increasingly popular avenues to recruit teenage “culture warriors.” On streaming platforms like Dlive, white nationalists have been catapulted to top earnings, spewing hateful rhetoric as they stream. “Culture warriors” younger than teenagers are being targeted as well. An editor of the neo-Nazi website Daily Stormer has described the website as being designed to target children as young as 11.

Extremist groups are adept at converting bigotry into memes and humor—it is one of the prominent recruiting strategies. Jokes, as Twitch streamer Steph Loehr explains, remove accountability and create an othering narrative: those who aren’t laughing are “sensitive” snowflakes. Even if someone isn’t being directly targeted, they run the risk of absorbing this programming through social media algorithms that recommend similar content, according to William Baldét of the Center for Analysis of the Radical Right.

Extremism is not just a growing threat within our homeland, but thousands of miles away as well—like a 16-year-old boy in my home country of Singapore. Recently detained for allegedly plotting to kill Muslims, inspired by the Christchurch mosque shootings. He is the first detainee to be inspired by far-right extremist ideology in Singapore. Extremism—and who is vulnerable to it—is not limited by geography, or a certain “type” of person.

In combating extremism on an individual level, I want to highlight the response by religious leaders in Singapore in understanding the importance of how we shape narratives around extremism. In particular, these religious leaders highlight the importance of “continue[d] efforts to engage and build relationships with youth. It is hard work […] [but] there are no shortcuts […] to fast-track this.”

Instead of passing judgement, or blaming extremism solely on factors like religion, it is important we tackle conversations about extremism with intentionality, lest we further isolate and radicalize individuals. A New York Times article outlines teaching resources for students to make sense of the riots at the Capitol and implores that we not only condemn the riots, but also understand the roots of it.

Similarly, in order to combat extremism we need to understand its root causes: “These are people who have chosen hate and ideology as a drug of choice to numb the pain of underlying issues and grievances, and so we treat this the same way we treat addiction,” said Myrieme Churchill, the executive director of Parents for Peace.

As Trump has encouraged far-right extremism to enter the mainstream, it is essential that we call out extremist tactics and behavior. When mother Joanna Schroeder voiced her concerns online about her sons being “softly targeted” by the alt-right on Twitter, she received 180,000 likes with many others sharing similar stories. By sharing her concerns, Shroeder exemplifies that extremism is not an isolated threat but growing within the trenches of the internet through social media platforms. Another mother chronicles in an online essay the journey of her 13-year-old son joining the alt-right, an honest depiction that extremism can happen to anyone—especially teenagers at their most vulnerable.

Ultimately, it is essential we call out extremism as we seek to understand and recover from the riot of Jan. 6 and look more swiftly into identifying the causes that build up to extremism. We need to understand the roots of riots to protect those most vulnerable.