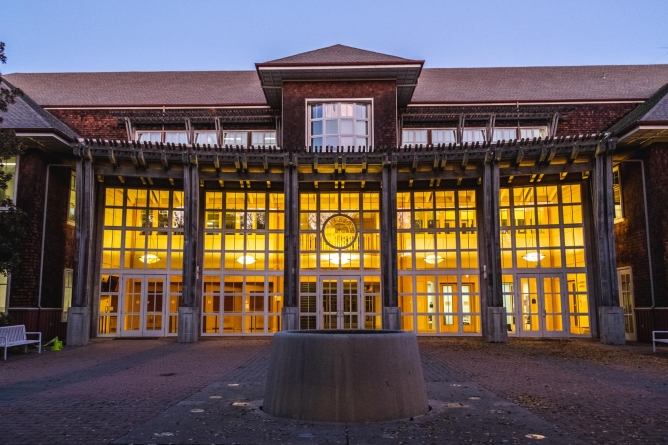 After a lapse in membership, the new executive board hopes to create a sense of community for non-traditional students at UC Davis

A group of older students have banded together to revive the Older, Wiser, Learners (OWLs) club which has been inactive since 2019.

OWLs is an identity-based club that aims to create a support network of students who are 25 and older to share life experiences and help navigate UC Davis.

Sarah Theubet, a third-year communication major in her late thirties and the president of the newly revived OWLs, said she has had difficulty connecting to younger students.

Rachel Mowbray, 31, is a third-year environmental science and management major who graduated from high school in 2007 and went back to school after a six- to seven-year break.

“Re-entry people have taken time off of school and decided to come back not because their parents want them to, but because they want to,” Mowbray said. “They understand the implications and sacrifices of that.”

Michaela Boone, a fourth-year applied chemistry major, is the new treasurer for the club. She said, as she nears 39 years old, she feels lost at UC Davis.

“Because of my age, it’s hard to connect,” Boone said. “I’m usually the oldest in the class, everyone is younger.”

The club is being resurrected after the last known officers were appointed in 2019, and it now has 37 active members. Theubut said she has not seen evidence that the previous officers met after the pandemic campus closures.

“I know it was dormant all last quarter,” Theubet said. “From the looks of it, at least a year.”

Mowbray, who is now the club’s vice president, said she is really excited to get the club back up and running with the help of other members.

“Give it a new face, redefine it a little bit and get it back out there to support students like us,” Mowbry said. “It’s going to be great.”

Theubet said that as far as school resources were concerned, there was still room for improvement working with older students—some mandatory seminars came off as condescending.

“Personally, I felt like a five-day orientation was ludicrous,” Theubet said. “A lot of what they were talking about did not apply. It’s like, ‘No offense, but I’m a grown-up.’”

Many older students have full-time jobs or children. Mowbray said she is looking for something different than what is normally associated with college life and would like more resources that understand where her priorities lie.

“A lot of the time we’re older and so we don’t have all these ideas of what college should be like as far as the sororities, fraternities or partying,” Mowbray said.

“I really have enjoyed the transfer center,” Theubet said. “They’re building a good community for us.”

The Transfer and Reentry Center (TRC), which services transfer students who are 25 and over and/or student parents, will be partnering with the Women’s Resource and Research Center to launch a website to assist student parents, according to an email sent by Marissa Weiss, a transfer retention specialist at UC Davis.

After immigrating from Germany to the U.S., Boone found that the degree she received in Germany would not translate into viable work and decided to go back to school.

“Within two years, I got my associates in natural science and math,” Boone said. “I was like, ‘Well I guess that works better than I thought, let’s shoot for a Bachelor’s.’”

Theubet said it’s important to remember that everyone has a different story about how they arrived at the university later in life.

“I think we all have our own reasons for going back to school,” Theubet said. “It’s nice that we can share those experiences with one another.”
Written by: Kathleen Quinn — campus@theaggie.org