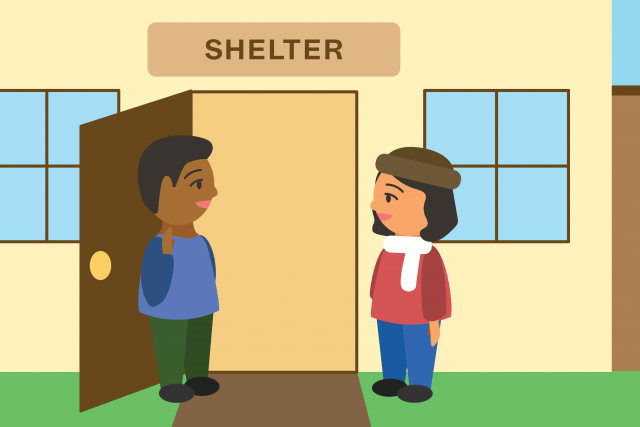 The words individuals use to describe others have an incredible effect on one’s perception of them and the attitudes and biases developed toward them. When people use words like “homeless,” “prostitute” and “drug-addict,” they are partaking in a potentially destructive behavior, as they are defining individuals based on a single aspect of their life, rather than focusing on them as people.

Jasmine Daragahi, a fifth year biological sciences major, and the undergraduate director of the UC-Davis affiliated, student-run healthcare clinic Joan Viteri Memorial Clinic (JVMC), discussed the importance of language and how it can be a vehicle of violence.

“Humans are multifaceted,” Daragahi said. “Homelessness and drug use is just one aspect of someone’s identity, it’s not their whole identity, so we want to make sure that the language we use reflects this sentiment.”

The word “homeless” has become a blanket term that misrepresents a large, marginalized group of society. These are human beings, but they are being defined solely by their home “ownership” status. Similarly, when talking about addiction, we must remember that it is a disease and not who a person is. Human beings are not addicts, they are suffering from addiction.

When asked if the word homeless is derogatory, Alex Dillabaugh, a fourth year neurobiology, physiology and behavior and Spanish double major and a Clínica Tepati undergraduate volunteer said, “I believe it depends on the context, but no I don’t think it’s inherently derogatory… These terms are also used to offer assistance to these communities and [their] usage could be rooted in a lack of knowledge about… the most appropriate term for a group of people who share a common condition.”

But Dillabaugh still believes that “We need to transition to saying ‘those that experience homelessness’ rather than ‘homeless’.” Changing the terminology also shifts the perception of these individuals toward “a more humanizing alternative,” according to Dillabaugh.

“…Correct language absolutely matters in every part of our lives,” Cheung said. Especially when it comes to marginalized folks, she said, person-first language prevents people from distancing themselves from those groups. “We dehumanize them so much that it’s important to value them as people by using the correct terminology.”

Correct language use is necessary when talking about marginalized communities, according to Dillabaugh.

“Having broad, umbrella terms takes away the individuality of each person’s circumstances and these categories impact the way they are viewed and treated,” Dillabaugh said.

Person-first language enables individuals to talk about different groups of people in respectful ways, and avoid the marginalization and generalization described by Dillabaugh and Cheung. Examples of person-first language include: when referring to someone who uses alcohol or drugs, instead of calling them an alcoholic or a drug abuser, person-first language would refer to them as a person with a substance use disorder. Similarly, a person without a conventional home is not homeless—they don’t lack a home, since their home can be where anywhere they feel most comfortable. This person is not homeless, rather, they are experiencing a state of homelessness.

There are potentially negative perceptions associated with these words, according to Hamad Arif, a third year political science and economics double major.

“I think the word homeless does have some sort of negative connotation,” Arif said. “What comes to my mind is people living outside, a sense of instability and bad luck somewhere down the road.”

This type of description shows how referring to someone as homeless can cause people to base another person’s whole identity on their housing status and view them in terms of associated stereotypes.

At the end of the day, someone’s worth as a human being is not tied to the fact they have a mortgage or a rent to pay. No one is rewarding anyone for having a place to live. So why are people punished for not having the luxuries and opportunities that others might have?

“Using the right language is so important because a lot of these weighted words such as homeless and addict carry so much stigma,” Cheung said. “And there’s a lot of history of criminalization and violence from law enforcement and politicians, and it’s really important we are aware of the history of these words and ask community members how they want to be discussed and described in order to humanize them.”

“As someone who has worked alongside and for vulnerable and marginalized populations, I want to make sure that my language reflects my thoughts and attitudes about such a diverse group of people,” Daragahi said.

Language is beyond just a string of letters and words used for communication. Language is art. Language can be kind. But language is also law. Language defines an individual’s attitude toward other people.

“[Incorrect language use] dehumanizes those that society doesn’t really accept with open arms,” Arif said. “Those minority groups aren’t able to get the proper help they need, and rather than making it an individualistic problem, we put the blame on the person themselves and not on an issue with our own society.”

But individuals can actively choose the words they use and how they refer to people to change their inherent biases. It’s okay to not always know the “best” word for someone or their situation, but it’s the effort of trying to learn the most appropriate language that can lead to effective change.

Trying is the least someone can do to change how people treat and discuss marginalized communities. It’s important to remember to convey one’s humanity through their words rather than using language that strips others of theirs.
Written by: Muhammad Tariq — arts@theaggie.org