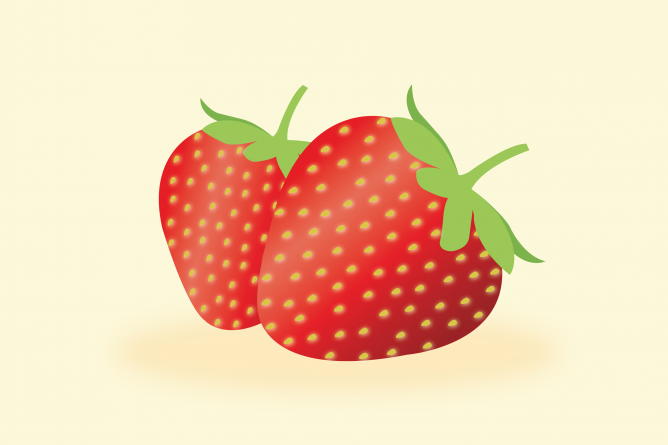 The UC Davis Strawberry Breeding Program added two more varieties of strawberries to its long list of released cultivars that have improved the strawberry growing industry. The UCD Finn and UCD Mojo were designed to replace the Portola strawberry due to its lack of flavor and to introduce a large, sweet fruit to the market that will ripen in the winter.

Glenn Cole, the breeder and field manager of the UC Davis Strawberry Breeding Program, is responsible for selecting and testing all the strawberry varieties that are being studied by the program. Cole, along with Professor Steve Knapp, the director of the UC Davis Strawberry Breeding Program, sat down five years ago and discussed what they were working on in the program and where they needed to improve.

After talking to growers, they learned that the Portola variety was successful in terms of high yield, but the quality of the fruit was dissatisfactory to end users. They spoke with representatives from Costco and Whole Foods, retail companies that play a key role in strawberry sales, who supported the replacement of the Portola. This motivated them to create a strawberry that had the high yield of a Portola with the addition of quality taste.

“These two new varieties, UCD Finn and UCD Mojo, are both sweeter, firmer fruit and that is important for the industry for the ability to ship strawberries across the country,” Cole said.

Mitchell Feldmann, who graduated from the Ph.D. program at UC Davis and was part of the graduate group of Horticulture and Agronomy, worked closely with Knapp and Cole in the program during testing in the field trials. Much of his role consisted of evaluating the fruit quality, yield, size and shelf life while out in the fields.

Since strawberries are clonally propagated, or asexually reproduced, it is important to make these observations and take down measurements because the information will be useful when extrapolating the method to other environments where it might also grow. In California, most of the strawberry production is in coastal valleys, so the environments are all similar.  According to Feldmann, observations in field trials can predict how the strawberry varieties will perform in multiple production areas.

The UC Davis Breeding Program has been around since the early 1900s and has created the varieties that produce about 60% of the strawberries grown and sold in California, according to Cole. Their mission is to improve the strawberry varieties for California growers.

“Our goal is to address the California grower needs because 85-90% of the strawberries that are sold in the U.S. come from California farms,” Cole said.

For the past five years, disease resistance and building publicly available genomic resources have been two of the major focuses of the research aspect of the program while the breeding component focuses on fruit quality. Crosses are made every year to get new combinations of traits in hopes of developing a variety that will stand out and be a potential candidate for the market, Feldmann said. This is the reason there have been a large quantity of released varieties before UCD Finn and UCD Mojo and there are plans for more to follow.

Randi Famula, a lab manager for the UC Davis Strawberry Breeding Program, is more involved in the research side of the program than in the breeding side. In her work, Famula extracts DNA from leaf tissue and uses markers, or locations in the genome, to decide on which traits are present in the individual strawberry plant. For example, a marker can indicate whether a plant is resistant to a disease or not. This makes it unnecessary for the researcher to expose the plant to the disease and test its resistance, risking its death, according to Famula.

A major initiative of the program is developing disease resistance. From the 1960s to early 2000s, soils were fumigated to control soil-borne diseases and pests, so breeding for resistance was not yet an issue. This changed when the best fumigate, methyl bromide, was no longer permitted to be used in the field. Some fumigates are still allowed but they are not as effective. Now, disease is a bigger problem in the strawberry growing industry, according to Cole.

“Our efforts are to go after rebuilding genetic resistance in the cultivars that we are developing that the industry needs,” Cole said.

The lab program has Ph.D. students working on these issues to identify genetic resistance. Dominique Pincot, a postdoctoral researcher as of January who worked with the UC Davis Strawberry Breeding Program as a graduate student, focused on disease resistance in strawberries, specifically resistance to vascular wilts, a soil-borne disease.

There are two scenarios that researchers deal with in terms of disease resistance of a strawberry plant. The ideal situation would be to have a major resistant gene that prevents the plant from getting the disease. The second scenario would be for the resistance to be obtained from a culmination of many little genes across the whole genome in an individual plant. This is harder to select for resistance because it would be required to take the sum of the entire genetic complement of an individual, according to Pinot.

Pinot assessed the new varieties for disease resistances. UCD Mojo is resistant to Macrophomina phaseolina, a fairly novel disease in California. The underlying genetics of this phenomenon are unknown, but Pinot hopes this will be resolved in the future.

Cindy López, a research associate with the UC Davis Strawberry Breeding Program, overlooks the breeding trials in various locations and cooperates with students on their thesis projects. Past graduate students, such as Feldmann and Pinot, are known to learn about the academic and industrial perspective of the food industry. It is a great opportunity for potential professionals to study plant breeding, according to López.

Along with helping students, the program has the goal of interacting with the growers and the consumers to understand their needs. This is what defines the program as a public one.

“The program is hoping to hear from growers, field workers, and consumers to bring all these issues to the lab and do research to try to improve them,” López said.
Written by: Francheska Torres — science@theaggie.org