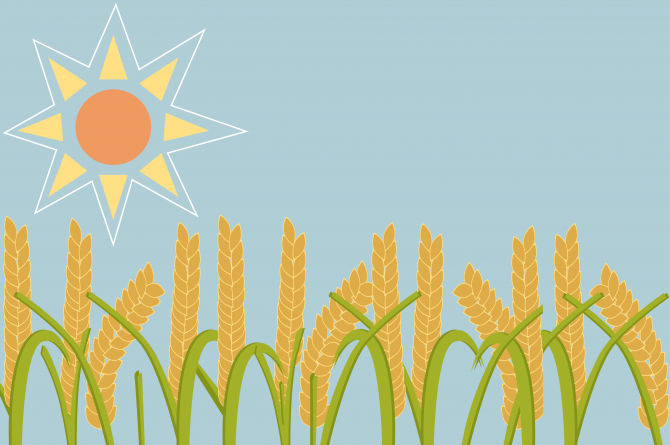 On Feb. 8, Marrone Bio Innovations (MBI), a Davis-based biopesticide company, announced that its new product Pacesetter has performed well in 2020 field trials in the Midwest.

“Pacesetter’s performed really, really well and grower demonstration trials have reached six plus bushels more of corn, and three plus bushels more of soybeans, so that gave us a really strong return on investment for both crops,” Paschen said. “We saw a bigger, more consistent ear size on corn, and we saw a wider leaf surface and longer leaves three to four weeks after application.”

Paschen went on to elaborate that some of the trials were grower demonstration trials and some were done by a third-party company paid by MBI.

“Some of the studies that were done, our replicated trials, were done by third-party, independent researchers—we paid them to do the research,” Paschen said. “And then we also did 60 plus grower demo trials.”

Pacesetter is a product intended to be used along with conventional fungicides, according to Paschen, a combination he described as a “synergy.” Paschen elaborated on the concept of grower demonstration trials.

“This is really Marrone Bio’s first expansion into the row crop market,” Paschen said. “We’re basically building a new market in the Midwest; this is new territory for Marrone Bio. We’ve sold some products there before, but this is the first time that we’ve put that much focus on it and had products that were specifically put in place for corn and soybeans, which are two of the largest acre crops in the United States. There’s 90 million acres of corn, and there are 75-80 million acres of soybeans. Combined, it’s a lot of acres.”

The active ingredient in Pacesetter is an extract of the giant knotweed, Reynoutria sachalinensis. This extract works by activating a plant’s natural defenses, including by stimulating salicylic acid production, which helps the plant resist abiotic stresses and increases yield by making the plants bigger and healthier.

In the field trials, Pacesetter has also helped plants survive drought conditions, in which they usually would “shut down,” Paschen explained.

“One thing that the Pacesetter trials have shown is that you’ve got better plant health, and we take away some of those abiotic stresses,” Paschen said. “That results in bigger, more consistent ears in corn—the kernels are deeper, and there are more kernels on each row of the corn. [Pacesetter-treated] soybeans have more pods. When it gets really hot, soybean plants sometimes abort the pods because they can’t hold onto all of them, and there’s just too much stress on the plant. Having more kernels on the corn and more pods on the beans means higher yields.”

Following these successes, MBI plans to turn its eye toward testing the product on other types of staple crops, according to Paschen.

“We’ve had really good success in corn and soybeans, and we’re also going to be testing the product in cereal grains like wheat. We’ll be doing more cotton trials this year as well. Cotton is another target crop—cotton, rice and wheat.”
Written by: Rachel Shey — city@theaggie.org