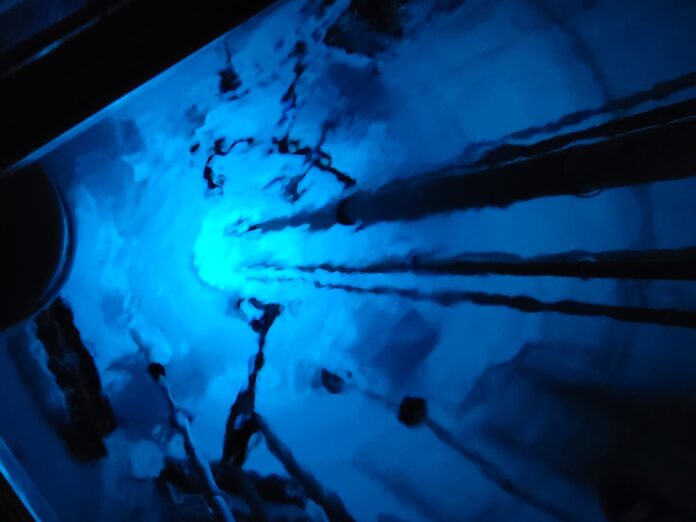 On Feb. 18, National Aeronautics and Space Administration’s (NASA) Perseverance rover landed at the Jezero Crater on Mars after seven months of space travel. This was made possible by the contributions of the McClellan Nuclear Research Center, operated by UC Davis.

The research center’s mission statement is to “provide educational and research opportunities for the advancement of the nuclear sciences in a safe and pro-active environment.” According to Wesley Frey, the director of the McClellan Nuclear Research Center, the center was originally constructed as a base for the U.S. Air Force. It was run by the Air Force for about 10 years before it was sold to UC Davis in 2000 and has been run by the university ever since.

As the center’s director, Frey’s role is to find new applications for neutron imaging, a vital research technique for the aerospace industry. According to Frey, potential examples include building improved systems to observe water uptake in plant roots so that water can be conserved and still produce the same crop yield and quality. This application is more in line with UC Davis’ goal to improve the quality of agriculture.

The McClellan Nuclear Research Institute is also known for its outreach program that brings about 1,000 high schoolers to the center every year to see the Training, Research, Isotopes, General Atomics (TRIGA) Mark ll reactor and conduct experiments. Though the program was temporarily discontinued due to the COVID-19 pandemic, Frey hopes to resume the program this fall.

The McClellan Nuclear Research Institute also played a critical role in Perseverance’s landing on Mars. The technology used can be compared to an X-ray. These work and produce images with contrast because X-rays are preferentially absorbed in higher atomic number and more dense material like bone than lower atomic number and less dense materials like fat, muscle and skin.

Neutrons interact with material a little differently and are effective at interacting with hydrogen and carbon surrounded by metals. For example, neutron radiography can be used to image flowers inside a lead container because neutrons go through lead easily and can interact with flower material, according to Frey.

This technology is used to image pyrotechnic devices such as an airbag initiator. The initiator works by having a small explosive charge that sets off a gas-generating reaction to inflate the airbag. The majority of devices received at the research institute are one-time-use devices. The images make sure the devices are assembled correctly through nondestructive testing.

The neutron imaging method works similarly to X-rays, but instead of an X-ray tube, a neutron source such as a nuclear reactor is needed.

The rover landing on Mars required one-time-use explosives like an airbag. The engine start up and space separations are possible with energy transfer lines, a fast-burning fuse that carries a signal from one place in the vehicle to the other. The nuclear research institute captured images of these lines using their TRIGA Mark ll reactor.

The institute is distinguished as one of two facilities in the country that can do this. There are dozens of reactors in the country similar to that of UC Davis, but only two are built to do this specific type of work of capturing images using neutron radiography, according to Wesley.

The imaging technique was used for the lander equipment as well. Images were taken of the generator that pushed out the parachute and of the explosive pellet that severed the parachute cords.

The reactor also imaged the NASA standard initiator that starts rockets that are fired on the lander, more pellet cutters responsible for cutting the four cords that lower the lander down and the four propellant tanks on the lander to make sure the rubber diaphragms inside the tanks are intact. This is an efficient way to make sure that all the moving parts of the equipment are placed correctly, according to Frey.

Dawn Sumner, a professor in the UC Davis Earth and Planetary Sciences Department, is one of the scientists on the Curiosity rover team and works directly with the rover, interpreting the data it gathers on Mars.

The Curiosity rover and Perseverance rover missions are connected because the results from the Curiosity are being used to make improvements to Perseverance, such as having the ability to map out the distribution of different types of organic molecules more efficiently. The two rovers are also in different locations on the planet and are used to make comparisons while asking the same scientific questions.

“Different areas have different characteristics, and we need to explore a lot of places to understand the planet,” Sumner said.

The Curiosity and Perseverance missions are both international collaborations and consist of individuals with a variety of approaches working together on a difficult task. Missions like these inspire the younger generations to want to improve the world through science and engineering, according to Sumner.

“I hope the public can be inspired by what we can do as a society. If we can land on Mars, we can solve a lot of the problems on Earth,” Sumner said. “We just need the will and persistence and resources to do so.”