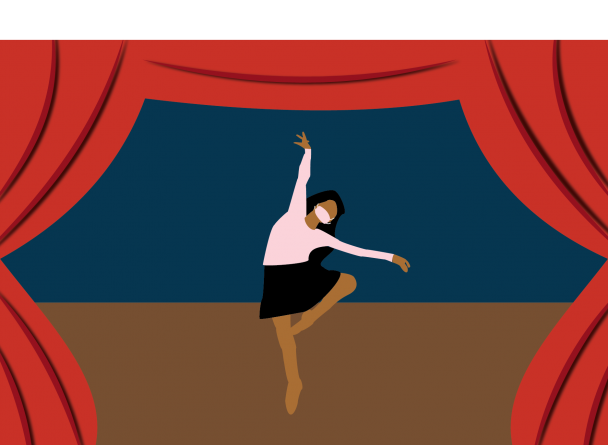 Despite pandemic restrictions, the Department of Theatre and Dance has continued to produce shows over Zoom

COVID-19 has had a “devastating impact” on the theatre industry; national financial losses are estimated to be $14.8 billion. Broadway and regional theaters have been closed for almost an entire year since early March of 2020, and venues will not be able to reopen until the fall at the earliest. This has left not only actors, dancers and musicians out of work, but it has also greatly interfered with training the next generation of performers.

Mindy Cooper, a professor of theater and dance at UC Davis, said that teaching any class is challenging over Zoom, but in the arts it has proved to be somewhat impossible.

“It has been incredibly difficult,” Cooper said. “What I do is so hands-on. I find that you need to be able to embody a character and physicalize, and that helps you often find your way in. So my class is incredibly frustrating to retrofit my teaching style, my technique and my syllabus to ‘Brady Bunch’ boxes on a computer.”

Like most classes at UC Davis, every course in the Department of Theatre and Dance has been completely virtual since the start of Spring Quarter in 2020. Cooper said that by transitioning from in-person to online classes, a lot of her material had to change and that she has had to work 10 times harder to produce her class.

“There are aspects that we have had to just leave by the wayside and hopefully pick those up next year,” Cooper said. “I have a whole running list of stuff I couldn’t really explore with my students, and so I will fold it in as best I can hopefully next year, when we can be in person. You lead with what you can. You really concentrate on the stuff that you can hone in on, and for me personally, that has been the creativity and the cerebral, the thought process of acting.”

Ann Dragich, a first-year Master of Fine Arts (MFA) student in the performing arts, said that her professors have found ways to make virtual classes effective.

“There have been really creative ways that educators have [made virtual learning] work,” Dragich said. “Rather than learning movement by simply watching and copying, which is a very standard way to do it, there’s been very creative meditations and directed improvisation. Coming at something in different ways is really valuable for a learning experience, so that’s been a great thing to explore.”

Even with adjustments and new curriculum, Cooper said that a lot of her classes focus on ensemble acting where students work off of each other’s energy to produce scenes, which is nearly impossible over Zoom. She also explained that in many of her courses, she will have students go out into the community and immerse themselves in the atmosphere of a scene on which they are working. She used to send students to the zoo for an acting exercise based on animals, but with lockdowns and restrictions, her students have had to make do with internet research and prior knowledge.

According to Cooper, in addition to classes being more challenging online, it has been hard to drastically scale back the university’s performance schedule for the year.

“We had to cancel a lot for the department,” Cooper said. “We have scaled it back quite a lot and that’s tough because so often, students learn so much by being in rehearsals, on stage, working, as opposed to in the class. It’s been hard to not have as many performance capacities.”

This year, UC Davis is putting on just three shows. The Department of Theatre and Dance presented “Clique” in the fall, “FOOD” premiered on March 5, and they will be putting on “Juliet and Romeo, A New Musical” later in the spring. All of these shows have been and will be completely virtual, Cooper said, which has meant that they have had to take creative measures in the production process.

Cooper explained that each student who has a role in the shows has been sent an “actor kit,” which essentially creates a 10-foot-by-10-foot greenscreen stage that they use to record their own performances from their homes.

“We give them these massive kits, and then there’s a video that teaches them how to set up their kits,” Cooper said. “A lot of them are doing it in their apartments or at home with their families. Some students have to take it down every day and put it back up because the footprint is 10 feet by 10 feet, and some people don’t have that much space to just designate to [their] actor kit.”

Although this innovation has allowed performances to go on in some capacity, actors in the shows have said that it has been a challenging experience.

Dragich, who was in the March 5 and 6 productions of “FOOD,” said that she struggled with how long it takes to make the technology of her kit work correctly.

“It’s been a very rigorous time […] editing video and putting things together and figuring out computer systems to make things work,” Dragich said. “Managing those things, and just trying to make sure I hit the button at the right time on my computer, is much harder than it sounds. These things are not that simple, and they don’t always work the way they should. So it’s been actually a lot of work and very stressful, and that’s taken away from time I would like to be spending practicing my performance of it.”

Joseph Fletcher, a first-year MFA student in the performing arts who also features in “FOOD,” agreed that filming the show from home has been challenging.

“Communication is hard, especially in a large group because you’re all trying to say something and respond, and people’s internet becomes unstable or they can’t show their faces or people are talking over each other and getting cut off because [of] how Zoom works,” Fletcher said. “It adds more layers to the process and more difficulties to getting good communication and getting a vibe, especially in theater where being in a room together creates an energy.”

Despite these challenges, Dragich did say that the cast has been able to bond in the virtual space.

“I feel very close with the cast because it was a devised process,” Dragich said. “We spent a lot of time doing dramaturgy together, just throwing out ideas and basically explored all of our relationship to food, and the show kind of ended up in this space where it’s an exploration of consumerism, wastefulness, selfishness of people and selfishness of societies. We were able to share those issues with each other and really formulate our ideas about how we feel about the world around us.”

Dragich is also hopeful that the pandemic might ultimately lead to more access to the theater community in the long term.

“We are reaching more people,” Dragich said. “There’s people who live in places that don’t have access to the arts who are seeing what’s going on right now in the artistic community that they were never able to see before. And I think it’s really wonderful. I’ve heard so many people being overwhelmed and having their minds opened and thinking in new ways about art and life. The art itself […] is very ordinary to me. However, I also see how if it’s not something that you’re around, it can be altering to one’s perspective, which is amazing.”

For information about the Department of Theatre and Dance’s upcoming and past virtual productions, visit their website.