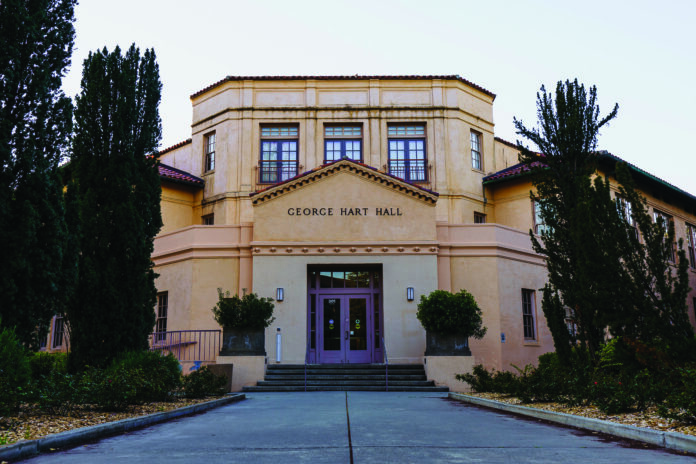 The $1.5 million donation was made by UC Davis alumni after a chance encounter with AAS faculty

UC Davis alumni couple Daryl and Lois Goss donated $1.5 million to the African American and African Studies (AAS) department for its first endowed presidential chair to help further the teaching, research and contribution to the culture and history of communities of African and African descent.

The Austin and Arutha Goss Presidential Chair is named after Daryl Goss’ parents, who the Goss family has credited with giving them the value of lifelong learning and education. Along with the $1.5 million gift, the UC Presidential Match for Endowed Chairs has also contributed $500,000.

According to a press release by UC Davis, Daryl Goss stated that the development of the presidential chair comes from the current climate around social justice.

“We want to bring diversity, equity and inclusion to the forefront of everyone’s mind,” Goss said in the statement. “We need to provide appropriate support toward educational opportunities to generate more interaction and understanding of underrepresented people’s histories.”

The endowment, which has been a long-term effort by the department since 2007, highlights the transformative work being done within this field.

“For the department to have an endowed chair is very prestigious in academia during these times of the Black Lives Matter movement, the racial reckoning that’s going in this country, and the social justice movement that is global now because of the Black Lives Matter movement,” said Professor Emerita of AAS Halifu Osumare. “[It] definitely highlights the importance of African American studies and higher education in general in the world.”

The relationship between the AAS department and the Goss family started in 2006 when the couple came to visit UC Davis, curious about where the department had gone since they graduated, and had a lucky interaction with a faculty member.

“On that day, when they were wandering the hallways of the department, professor Milmon Harrison happened to be in his office and saw this couple looking curious and […] so he walked over to them,” said AAS Professor Moradewun Adejunmobi. “That led to a lengthy conversation and Harrison then invited them to meet the entire faculty.”

Adejubon mentioned that in the first visit, between introducing them to the faculty and students, sitting in on current classes and being offered lunch, the department began to explain their needs and the ways they could assist.

“We stated that we would like gifts to give to our students because many of our students come from homes where they are facing all kinds of financial challenges, and so if they are doing well we would like to be able to reward them,” Adejunmobi said. “One of the things we listed was if we could wave a magic wand, we would like an endowment for a professor worth at least a million dollars. We set that in 2007”.

AAS faculty members mention that this endowment will help to expand the program and bring more opportunities to the department. Currently, the department has only six faculty members teaching undergraduate and graduate courses, the same number as in 2007 despite student enrollment in the major, and student attendance in the classes, increasing.

AAS courses are not only taken by those looking to major or minor in it, but also by many undergraduates looking to fulfill certain credits to graduate.

“I taught a course called, ‘The Survey of Ethnicity in the United States’ that drew people for their humanities diversity credit for graduation from all over the campus,” Osumare said. “One of the things we often talked about as a faculty was that we were not only servicing our major, but the entire campus in terms of teaching undergraduates in particular about issues of diversity and social justice.”

The faculty has trouble meeting the demand of students for their classes due to it’s small size.

“What we hear resoundingly from students is, ‘We want more,’” said Interim Chair of AAS Mark Jerng. “‘More classes being offered, more research opportunities, more forms of community engagement.’ And in order to do that we need more faculty.”

Daryl Goss, who now works as a chief executive officer at Inform Diagnostics, a leading provider of anatomic pathology services, graduated from UC Davis with a degree in AAS in 1983. Lois Goss graduated in 1985 with a degree in Sociology. Currently, Lois is involved with the College of Letters and Science Dean’s Advisory Council, the Women and Philanthropy Advisory Council and the Davis Chancellor’s Club Cabinet. Darryl Goss serves as the UC Davis Foundation Board chair.

Both of Daryl Goss’s parents, the namesakes of the endowment, received higher education at an older age, with Arutha Goss attending community college classes while her son was in college and getting her bachelor’s, master’s, and later, at the age of 70, her doctorate degree. After a 20-year military career, Austin Goss received his bachelor’s.

Whenever Daryl and Lois Goss have the opportunity to meet the students who they are directly helping, the Gosses want to make it known that they are there.

“It means so much to the current students when they see alumni. I think for students at any point and time it is hard for them to envision the future, but especially right now because it looks like the future doesn’t exist,” Adejunmobi said. “When you see someone who walked the same challenges you are dealing with right now and you see how they have been able to put it together, it means so much more than what a professor can tell them or what a student counselor can tell them.”