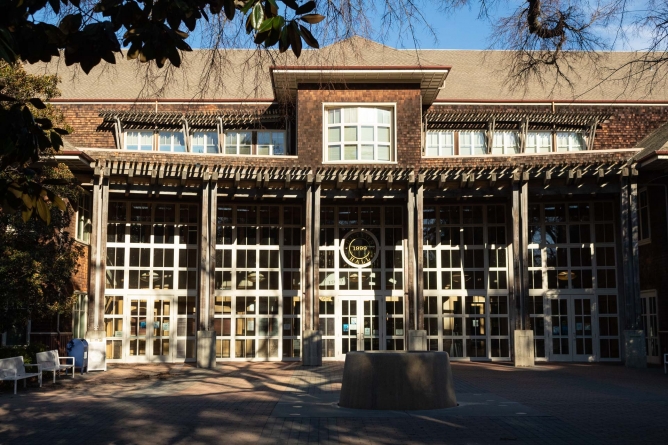 The University of California (UC) awarded $19 million to 15 multicampus research programs and initiatives in the biannual research competition. UC Davis will be participating in eight of the projects that were awarded funding. Each project has support from at least three UC universities and is engaging in research from multiple directions.

“[The competition is] a time for faculty across all nine UC campuses to come together across disciplines and do some high-risk innovating work surrounding the issues that are of interest,” said Anne Visser, an associate professor in the Department of Human Ecology whose project was awarded funding through the competition.

Visser, a recipient of the grant, is conducting a project that is investigating the future of automation in agriculture and productivity within the industry.

“California’s agriculture has been facing enormous amounts of pressure both from climate change and increasing competitors internationally,” Visser said. “From a labor perspective, we’ve had a labor shortage due to immigration controls. Also, the farm worker labor force is getting older in general. Farmers are having a harder time finding people not just to tend to the crops, but in all aspects of agricultural work.”

Initiatives to improve productivity through automation are slightly more complicated in California due to the diversity of crops produced.

This project will work to answer these questions while assessing and improving the health of farm workers with climate change increasing their time in the sun.

“We know that farm workers have hotter days, more hot days in the summer, [and] the harvest season is longer,” Visser said. “The dangerous conditions are increasing—how do you manage these things?”

A transition to automotive technologies in agriculture would also affect the economic landscape of farmers’ wages and call into question the economic sustainability of this change for its workforce.

“When you bring in these types of automotive technologies you are creating new jobs,” Visser said. “Maybe not as many in number, but perhaps more lucrative in terms of salary or income. Can you utilize these new technologies as a way to improve outcomes experienced by workers in various regions?”

By emphasizing labor productivity and agricultural health, the project strives to improve California’s agriculture without sacrificing the well-being of individual farmers.

“Agriculture remains a very important part of our economy and I think it’s being challenged in many ways and in new ways,” Visser said. “My hope is that our project not only highlights these challenges, but also identifies ways to mitigate these challenges and ways to make challenges in what might be seen as obstacles strengths in these regions so that we can create resilient agricultural regions.”

In addition to projects addressing agriculture, the research competition also awarded an initiative to protect Tribal stories through an effort titled, Centering Tribal Stories of Cultural Preservation in Difficult Times.

“[This project offers] an interdisciplinary approach to thinking through repatriation and cultural heritage protection and developing educational modules and curricula for UC students,” said Beth Rose Middleton, a professor and department chair of the Department of Native American Studies who works on the project. “We will work in partnership with Native community members to develop curriculum about multiple aspects of and considerations regarding repatriation and cultural heritage protection.”

Middleton touches on the importance of having this conversation in California.

“University of California and many other universities around the nation are what’s known as land-grant universities, meaning that the government either granted land or revenue from the sale of land to develop a public university,” Middleton said. “That land was taken from Indigenous peoples.”

Middleton plans to pursue her ongoing efforts of repatriation and rematriation of Native lands within the project.

“I hope to collaborate with my colleague at The Maidu Summit, Lorena Gorbet, to talk about The Maidu Summit land transfer,” Middleton said. “I’ve also been in conversation with Morningstar Gali (Pit River) about land transfers to Pit River, and with Alan Wallace (Nisenan and Washoe), who works with The United Auburn Indian Community, about their observations or experiences with cultural and land repatriation processes.”

Hulleah Tsinhnahjinnie, a professor in the Native American Studies department and the director of the C.N. Gorman Museum, will also be joining the project from another angle. Tsinhnahjinnie will be documenting and preserving the Native stories of Pam Gonzales (Cachil Dehe Wintun Nation, Konkow, Huchnom).

“We put together a project where [Gonzales] is going to highlight five stories,” Tsinhnahjinnie said. “I’ll be documenting her stories and videotaping. We’ll go to the sites, we’ll talk to different people, we’ll go to archives and we’ll have five videos that will be a part of the modules to have students understand where UCD is situated.”

Tsinhnahjinnie further elaborated on the project in an email.

“The videos will emphasize her personal history and connections to Wintun land, which will be the core for modules, Mrs. Gonzales believes, if students understand what it means for UC Davis to be situated on Wintun land, maybe there will be a start of cultural respect and exchange,” Tsinhnahjinnie said via email.

At UC Davis, signage can be seen across campus acknowledging the campus’ location on Native grounds. This project strives to further that effort.

“How can we really deepen everyone’s understanding of what it really means to be within Patwin homelands and what responsibilities that carries, in terms of how we relate respectfully to the people here as guests within their homelands and how we work to address situations of injustice that have long languished?” Middleton said.

This story was updated on March 22.