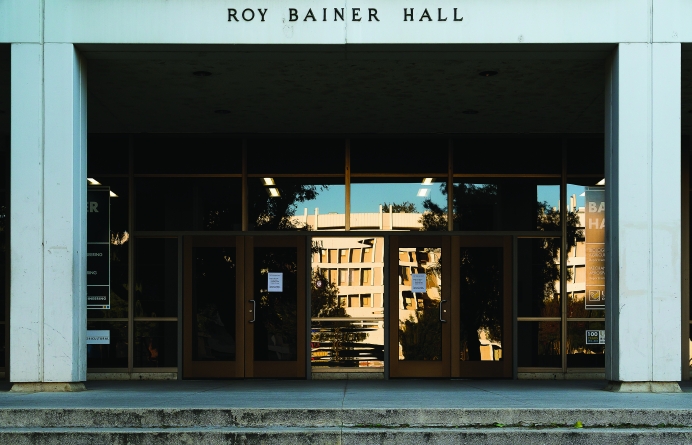 Twelve members of UC Davis faculty were awarded the 2021 CAREER grant, an early-career award from the National Science Foundation (NSF).

“All NSF grant proposals have some aspects of research, intellectual merit, educational activities and impacts to society,” said Laura Starkston, a CAREER grant recipient and an assistant professor in the Department of Mathematics.

The award allows faculty to focus on a single principle of investigation and develop ways to promote education and scientific research over the span of five years.

Katerina Ziotopoulou, an assistant professor in the Department of Civil and Environmental Engineering, is researching soil liquefaction and will be developing new approaches to reduce earthquake damage.

Ziotopoulou said that she has been working in the field since her Ph.D. for years and has developed numerical tools that help predict hazards in the soil.

“After I trained myself [and] attended multiple workshops, I started getting more and more convinced that [this project] really does have the potential to reshape the way we do liquefaction,” Ziotopoulou said. “Even if the five years that I do this project don’t reshape [liquefaction], I was convinced that it would pave the way for newer developments.”

The project will also be implementing education to include the community in the change and inform them about liquefaction and earthquake damage prevention.

“We are looking at developing workshops for teachers from the broader Yolo County and seeing how we can help them develop new demos and tools for the classes to propel their ability to talk about geotechnical earthquake engineering,” Ziotopoulou said.

Tran Nguyen, an assistant professor of environmental chemistry, was awarded a CAREER grant for her research project on sulfur radicals, a simple radical molecule consisting of one hydrogen and one sulfur atom. Nguyen was inspired to pursue the idea when her students noticed an unusual reaction inside the classroom.

“We found that when we photolyzed [used light to break down molecules], the sulfate solution close to the concentration that they would be found on atmospheric particles, [the solution] generates reactive radicals and it started to react with all of our organics,” Nguyen said.

Surprised by the reaction, Nguyen was interested in pursuing this further.

“Sulfate is everywhere in the environment, and it’s thought of as very stable,” Nguyen said. “We photolyzed it, and it produced a bunch of organosulfate products, which is the sulfate anion turning into something reactive enough to start attacking organics and attaching itself to the organic molecule, becoming organic sulfate.”

When atmospheric particles have organosulfates on them, the organosulfate goes to the surface of the atmospheric particle, allowing the particle to interact with water better. As a result, aerosol particles with organosulfates can nucleate clouds more efficiently. “Cloud aerosol reactions and interactions have been identified by the IPCC [Intergovernmental Panel on Climate Change] as the biggest uncertainty in our human understanding of anthropogenic climate change,” Nguyen said.

This project may shed light on the new chemistry’s effects on climate.

The project investigates how some of the chemistry has the potential to be very metastable—a stable state lasting for a relatively long time—in the environment.

“We need to do these reactions and get the fundamental constants that can come out of it,” Nguyen said. “Then, we need to plug it into a global atmospheric model and see how it changes.”

Nguyen plans to share this project with the community by making chemistry more accessible to students.

“I plan to integrate open access data into undergraduate education,” Nguyen said. “I also plan to work with a group that uses social media to distribute more accessible information about environmental chemistry to people around the high school age and parents who do homeschooling.”

Laura Starkston, another grant recipient and an assistant professor in the math department, plans to use math to break down four-dimensional spaces in a way that is easier to visualize.

“We are not very good as human beings at visualizing four-dimensional space,” Starkston said. “The goal of the project is to give some concrete, hands-on ways to mathematically represent or get a visual handle on these spaces that are inherently unvisualizable.”

Starkston shared an analogy to show how this project will express four-dimensional spaces as two or three dimensions.

“The goal with these four-dimensional spaces is to break them down into pieces and encode the way that they fit together in some kind of drawing that serves as an instruction manual for those connections,” Starkston said.

This project will be applicable in the realm of physics and areas where the marriage of math and science is necessary to better explain the four-dimensional spaces that represent space and time.

“A lot of times with abstract math, mathematicians explore it because it’s interesting and there’s something that we don’t understand that we can try to learn,” Starkston said. “Over time, science runs into problems where they need an abstract idea to explain what’s going on, and they look to the math that’s been developed.”

Starkston plans to use the grant money to fund research, employ graduate students and hold workshops for experts all over the country who are interested in the project.

“I [also] want to use the grant money for a program that will connect graduate students and undergraduate students who are interested in math,” Starkston said. “This is a reading program to prepare them to get some extra experience with some specialized topics that they might not find by just taking classes.”

The recipients are hopeful that COVID-19 restrictions will be lifted in order to safely access university equipment for their research.

“We’re hoping everything goes back to normal with COVID so that we can be in the lab a little bit more and access more instruments and do more experiments,” Nguyen said.