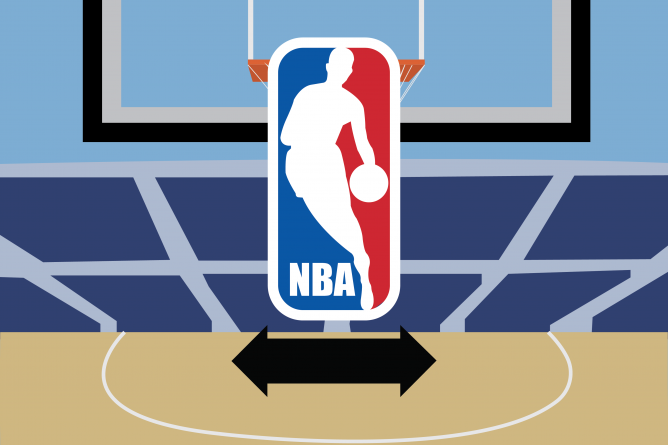 With all teams having played at least 40 games thus far, the National Basketball Association (NBA) has entered the last two months of the season. This shortened 72-game—and sometimes fanless—season has brought many storylines, from injuries to major stars and superstar trades, among others. As teams battle for positioning while we approach the May 22 playoff start, the NBA trade deadline on March 25 saw some big moves from contenders hoping to gain that last championship push they needed.

The NBA trade deadline rivals Major League Baseball’s deadline in terms of player movement. It is not uncommon for big trades to happen, and entering this year, there were a couple of names that could help contenders. From Kyle Lowry possibly ending his time in Toronto, to Aaron Gordon looking for a fresh start away from Orlando, something had to give at this deadline.

The Orlando Magic in recent years has been a team that has not been bad enough to get a high draft pick, but also not good enough to make any noise in the playoffs. Standing somewhere in the middle, they decided to finally lean one way and clean house.

Two-time NBA All-Star Nikola Vučevićhad spent all but one year of his professional career in Orlando. So far this year, the 30-year-old center has averaged a career-high in points with 24.5 and 11.8 rebounds a night. Having been at the center of trade rumors before, the Magic’s reluctance to rebuild from scratch allowed him to spend some of his prime years with them. Finally, on Thursday, the day of the trade deadline, news broke that the player would be traded to Chicago, where he would join all-star Zach Lavine and the upstart Bulls. For Vučević, the Magic were able to gain Otto Porter, Wendell Carter Jr. and two first-round picks. Vučević joins a Bulls team that is currently in the 10th spot in the Eastern Conference, just 1.5 games back of the eighth seed and will be one of the centerpieces as the Bulls fight back into contention.

The Magic were not close to done, as they also shipped off guard Evan Fournier to the Boston Celtics in exchange for two second-round picks. The 28-year-old guard/forward is averaging a career-high 19.7 points per game and shooting 46% from the field. He joins a struggling Celtics team that is trying to regain a spot among the Eastern Conference’s elite in the hope that Fournier can bring some much needed bench help.

To cap off their busy day, the Magic traded 25-year-old forward and former No. 4 pick Aaron Gordon to the Denver Nuggets in exchange for Gary Harris, RJ Hampton and a protected 2025 first-round pick. The Nuggets—hoping to get back to the Western Conference Finals—have been missing Jerami Grant this season, who left for the Detroit Pistons in the offseason. By trading for the disgruntled young wing, Denver gets someone who is able to contribute on the offensive end as well as play good enough defense against the Western Conference’s elite. Shooting nearly 38%, Gordon will be able to show off his skills, as the Nuggets hope playing him off of superstar Nikola Jokic can elevate Gordon’s play.

Rondo on the other side of Staples Center

Veteran player and two-time NBA Champion Rajon Rondo is known as one of the game’s greatest facilitators and basketball minds. As the league reached the last hour of the trade deadline, the Los Angeles Clippers—in desperate need of a point guard—were able to snag Rondo from the Atlanta Hawks for shooting guard Lou Williams, two second-round picks and cash. In hopes to avoid another collapse like the one they suffered in last year’s playoffs, the Clippers look to the veteran as someone who can handle the ball and lessen the workload of Paul George and Kawhi Leonard. Rondo has battled injuries this year that have kept him from getting into a groove, which explains his low numbers. Despite missing 17 games already this season, the Clippers believe Rondo will give them the same boost he gave the other team at Staples Center—the Lakers—enroute to their championship last year.

One of the more intriguing players available was Toronto Raptors’ shooting guard Norman Powell. Currently having the best scoring year of his career, the sixth-year player out of UCLA has averaged 19.6 points a game while shooting almost 44% from three. Hoping to give franchise player Damian Lillard some more consistent scoring help, the Portland Trail Blazers sent Gary Trent Jr. and Rodney Hood to the Raptors for Powell. He now joins a team who has been hoping to get over the hump for quite some time, and with the West being up for grabs, the Blazers hope Powell lives up to his potential.

Another Western Conference team that is looking to make some noise this year are the Dallas Mavericks, who traded for veteran three-point specialist JJ Redick. Although he has not shot the ball to his normal standards, Redick is a career 41% shooter from three. After trading Seth Curry last offseason, the Mavs have been in need of shooters around Luka Doncic. Redick gives them just that, as they look to advance once more in the Western Conference standings.

At the buzzer in Miami

Leading up to the deadline, the expectation was that guard Victor Oladipo would be moved from the Houston Rockets. With the team leading into a rebuild, the former No. 2 pick did not fit into the timeline of the team. While he has battled major injuries, Oladipo was an attractive deadline target for teams as he is a free agent this summer. With time running out for the Rockets, they did in fact trade the guard, but not for what they hoped. In what looks like the deal of the deadline, the Miami Heat were able to bring in Oladipo for Avery Bradley, Kelly Olynyk and a draft swap. The Rockets did get a return for the former all-star, but much less than they had hoped for, as the Heat added another offensive threat in their Eastern Conference title defense.

Although there was a fair share of big trades, the biggest names on the market were not moved. Point guards Lonzo Ball and Kyle Lowry are set to be free agents this offseason, with Ball being a restricted free agent. The young point guard Ball has had a much improved season so far, averaging a career high in points scored and high-level defense. With his contract coming up soon, many believed that the New Orleans Pelicans would trade him to gain some compensation. In the end, Ball will finish off the season in New Orleans, leaving his value and future destination in question.

In Lowry’s case, the Raptors were looking to move the longtime point guard elsewhere, as they tried to begin a new era with Pascal Siakam. With the Lakers, 76ers and Heat all in the mix before the deadline, it was expected. Nonetheless, all teams decided the price was too steep for their liking and stood pat.

With the deadline now over, the buyout market approaches. Players who are bought-out will be able to choose their destination for the rest of the season, oftentimes choosing contenders. With names like Andre Drummond, Lamarcus Aldridge and Otto Porter Jr. all possibly on the market, the buyout market is the last opportunity for teams to make final moves.

After 16 trades, 23 teams and 46 players moved, rosters are now set for the most part and the trade deadline delivered more clarity on where the league stands. With injuries being a major factor this year, these deals may prove to be bigger than expected, as teams begin the homestretch of the NBA regular season.