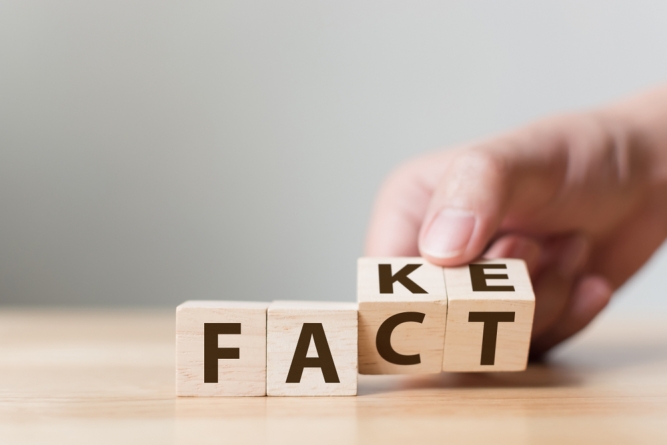 Bait-like infographics and posts don’t prove what they should

Since the turn of the decade, we’ve learned through life-changing events—such as the Black Lives Matter movement or the COVID-19 pandemic—that the internet is our most powerful tool for spreading information and sharing resources on a large scale. We can now safely say that the 2020s are destined to be the age of bubblegum pink backgrounds, serif fonts and hand-drawn comics dominating social media.

The vast majority of accessible knowledge about both national and international current events is found on platforms like Instagram, Facebook and Twitter. A study conducted by the University of Oxford and the Reuters Institute revealed that 57% of Gen Z reported getting their news from social media and messaging apps. The fact that these platforms are used by so many individuals for the express purpose of news drives individuals to create informative posts that are compressed into simple, easy-to-consume media morsels, more commonly known as infographics.

These little tidbits of information can come in myriad sizes (180 characters, possibly), colors (rainbow gradient or millennial pink) and styles. Many are written in digestible language and peppered with charming graphics. They have the benefit of permeating several layers of humans online; a factually inaccurate infographic can only exist for so long until it is debunked by one of the millions of social media users that come across it.

Infographics are also useful in that they spread good old-fashioned awareness. Simply being in-the-know is half the battle of understanding and keeping up with current events; just 30 seconds of scrolling through Instagram stories can give you ample exposure to any given issue and varying perspectives regarding the situation.

When it comes to infographics, however, it’s incredibly important for users not only to be critical of the content presented in them, but also the ways in which content is presented and how the language can be seeking to appeal to their ego. Take, for example, the infographics which insinuate that a social media user doesn’t care about the issue if they don’t repost a picture or data chart. I’ve seen one that implored users to share if they were “against rape,” implying that if a user didn’t repost it, they were “pro-rape.”

When we bring a social media user’s perceived morality or ego into a seemingly benign infographic, it’s no longer a post that is bringing awareness to others, but something that implicates the sharer’s ego and pride. It’s a classic example of virtue signaling, which is defined by Oxford Languages as “the action or practice of publicly expressing opinions or sentiments intended to demonstrate one’s good character or the moral correctness of one’s position on a particular issue.”

Social media is all about perception, and if our cultivated persona is being challenged, we’ll do anything to defend it. That’s what’s so wrong about infographics that urge users to virtue signal. Social media users are being coaxed into reposting more because of the potential attack on their egos, rather than reposting to actually highlight injustices, demand change and share resources. Deciding to not repost a harrowing image of a malnourished infant on one’s Instagram story shouldn’t be tied to a social media user’s morality. It should be tied to the issue of world hunger or poverty—without any extra bells or whistles.

I understand the logic behind sharing one of these more bait-like infographics; I’ve fallen victim to the temptations of these sorts of posts myself. If I found that an Instagram story struck a chord with me emotionally, I’d be more tempted to share it. If someone were to tell me that I didn’t care about the issue for failing to repost an important current event, I would feel bad and then repost––it’s that simple. I’m only motivated because I want to prove that I am, in fact, a human.

I think the elimination of these types of posts is critical to revolutionizing social media activism as a whole. The influx of political postings and discussion on social media has to be one of the most important developments of our decade. The digital age is here to stay. In order to effectively seize the art of internet activism, we have to remove ourselves and our personal brands from the equation.