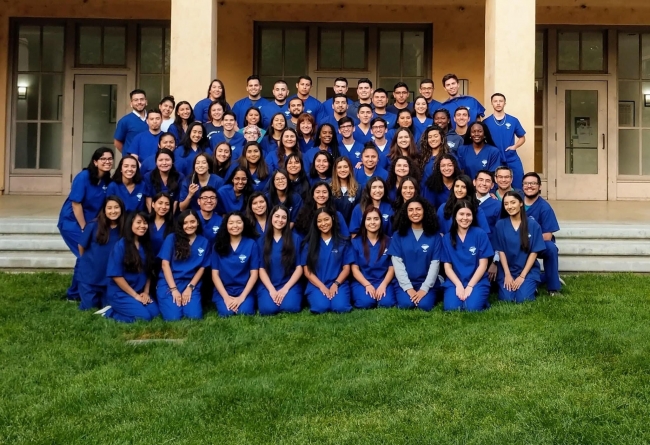 Located in Sacramento, Clínica Tepati is run entirely by UC Davis undergraduate and medical students and is geared toward supporting the Latino community. The goal of the clinic is to provide free healthcare and health education in Sacramento and the surrounding areas.

Diana Magana Martinez, a fourth-year neurobiology, physiology and behavior (NPB) and Chicana/o studies double major and the executive administrator of Clínica Tepati, has witnessed the impact of culturally sensitive exchanges between Latino healthcare providers and patients in the clinic.

“I have seen that the connection that is made between providers and patients who identify culturally or even speak the same language is a lot deeper than you see if it was otherwise,” Magana Martinez said. “I also see that even in healthcare, you are not treating an illness or […] just a condition, you are treating a person, so with a person comes all of their identities, all of their culture.”

Elian Andrade-Garcia, a third-year Spanish and gender, sexuality and women’s studies double major and the undergraduate representative of Clínica Tepati, grew up in a small, predominantly Latino agricultural town and was motivated to apply to the clinic because he wanted to serve a similar population in his future career.

“A lot of them will [say] coming to our clinic is one of the few times that they feel that they’re actually being heard and advocated for in the way that they would expect any medical professional to do for them. So it’s amazing to hear but at the same time it’s super disheartening knowing that other spaces don’t always provide that same care,” Andrade-Garcia said.

According to Yesenia Alvarez, a fourth-year biological sciences major and the community representative of Clínica Tepati, for the undocumented Latino population, finding a healthcare provider that is affordable and that they feel will not report them is a hurdle that is difficult to overcome.

“In the Latinx community, healthcare isn’t something that is very accessible, due to finances or due to immigration status,” Alvarez said. “We offer all of our services for free, and our patients are very comfortable with us. Some people are scared to go to the hospital if they don’t have papers—they’re scared that if they go, they’ll be deported,” Alvarez said.

In Andrade-Garcia’s service with Clínica Tepati, he said that he’s learned that a non-Latino doctor may have internalized stereotypes about the Latino community that could stand in the way of proper care. For this reason, Andrade-Garcia said, better Latino representation in the medical field is vital.

“Doctors will sometimes assume that Latina women specifically are more hysterical and dramatic about their pain or the symptoms that they’re experiencing,” Andrade-Garcia said. “A lot of that misunderstanding or even chalking patients up to putting on a show is super damaging, especially to the population that we serve, so having more Latinx representation in the healthcare field definitely helps.”

Aylín Rojas, a fourth-year human development major and co-head of the clinic’s mental health committee, became interested in healthcare when her great-grandmother suffered from Alzheimer’s disease and she realized her family had little knowledge of what the condition meant.

According to Rojas, mental health is often ill-addressed in the Latino community due to stigmas.

“Especially in the Chicanx/Latinx community, […] a lot of people don’t believe depression is a thing,” Rojas said. “A lot of people, even if they know what they’re experiencing is not normal, they don’t really talk about it because it’s stigmatized, and if you admit it, you’re crazy.”

According to Rojas, with the financial strains COVID-19 has put on already-struggling Latino populations, mental health issues are even more important to address, yet often go ignored.

“Especially during [COVID-19], they’re one of the most impacted communities—it’s really hard to get them to realize […] that it’s okay to have these problems, and when you do, it’s okay to reach out and talk to someone and get help for it,” Rojas said.

Only 6% of doctors in California identify as Latino, although the Latino community makes up 39% of the state’s population. Magana Martinez worries that not enough Latino healthcare workers will enter the field in future years to support the needs of the underserved Latino population. She sees Clínica Tepati, however, as a successful outlet for Latino students who strive to enter the healthcare field despite the unique struggles the Latino community faces and the current lack of representation in the field.

“We see Clínica Tepati as something greater for the next future of healthcare providers,” Magana Martinez said. “It is a worry, but in places like Tepati, I get inspired and I am hopeful that all of our Tepati staff, as we transcend in our professional life, will be constantly making the same impact.”
Written by: Lyra Farrell — features@theaggie.org