TikTok: the champion of the common man 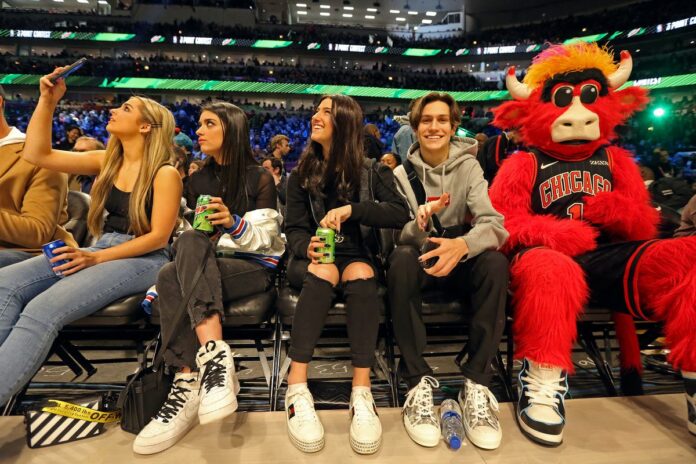 If you’re like every other person that’s gone through 2020, you’ve either heard about, downloaded or loathed TikTok. Personally, I’m a TikTok fanatic. I’ll tell myself I want to scroll for five minutes and end up with my cornea inches from the screen for hours.

The more traditional social media platforms seem to have their express purposes: Facebook is for life-sharing, Snapchat is for messaging and Instagram is for photo-sharing. There’s no doubt that between all of these basic functions, the notoriously infectious internet trends are one of the most exciting and rewarding parts of scrolling around.

Chain messages, mannequin challenges and Harlem Shakes are the bread and butter of internet culture. Despite the staleness of being a one-in-a-billion social media user, these trends allow us to band together under huge inside jokes.

TikTok is in a league of its own in that it takes out all of the usual fluff that Facebook or Instagram have and just feeds you trends. The app is a constant stream of dance renditions and shared sounds––and it works. TikTok trends aren’t just part of the app; they are the app.

What’s most fun about internet trends is that users can partake in something that everyone else is doing with the added challenge of trying to make the trend their own. It’s like the internet’s version of riffing on jokes with your buddies. We’re all trying to come up with the funniest or craziest version of the same thing.

The original Harlem Shake video, for example, was just four people thrashing in a closet-sized dorm room. As the trend grew in popularity, however, people gathered in lecture halls and office buildings to try to one-up everyone else’s thrashing. That’s the beauty of internet trends; we’re trying to fit in and simultaneously stand way out.

TikTok, unlike most social media platforms, has found a way to not only overload you with trends but also makes sure that everyone has a shot at reaching the top.

The TikTok algorithm isn’t entirely driven by what’s most popular in a general sense, it’s mainly driven by each users’ unique video taste. It’s a step above other social media platforms because your average, everyday Joe-Schmoe can go TikTok viral without much more than a skateboard, Fleetwood Mac and some cranberry juice.

In an article by Wired, it’s revealed that the TikTok algorithm “relies on a complex set of weighted signals to recommend videos, including everything from hashtags and songs to the kind of device a person is using.” So if you’re into, say, frogs riding tortoises, you’ll get plenty more frog videos on your For You page.

If a frog video becomes popular amongst its target audience, then it has the chance to balloon into a larger trend and cross over the threshold between niche and mainstream. TikTok, then, has the unique ability to deliver information that might normally be filtered out on other platforms. This is a huge opportunity for us to stir up trouble amongst us—“the masses.”

“The masses” (meaning the large population of commoners in society) as a sociological concept was defined by elites and intellectuals of the early 20th century as groups of people who were written off as irrational, untrustworthy beings. It was also said that we should be quelled and silenced.

A lot of this ideology hasn’t really changed. Take Georgia, for example. The newest round of restrictive voting laws in the peach tree state is a direct reflection on the ill-conceived concept that we, the average Americans, do not know what’s best for us.

TikTok, then, could be one of the many new modern-day conglomerations of the masses that can emerge in the digital age.

A perfect example of this idea in practice was the TikTok-led dunking on former-President Donald Trump’s ego at his campaign rally in Tulsa, Oklahoma. TikTok users joined forces with K-Pop stans and bought over a million tickets for Trump’s rally—and didn’t show. They employed a masterful manipulation of the algorithm to spread information on the prank without letting any major news outlets find out until after the fact.

It’s no coincidence that Trump, a billionaire, tried and failed to have TikTok banned in the U.S. during his presidency. The former president recognized the power that the app has in fomenting passions amongst us and sought to destroy it.

TikTok truly has the best chance of uniting the modern-day masses via the internet. TikTok’s celebration of the little guy can only spell trouble for those in positions of power. Every single user has a relatively easy ability to cultivate a platform, and this gives us the most chances to truly make some waves.