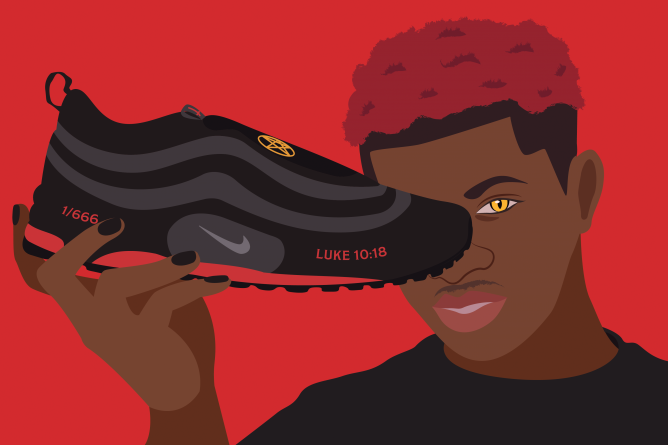 Lil Nas X’s second No. 1 hit has sparked yet another cultural battle

Off of the success of 2019’s “Old Town Road” (and its numerous remixes), it was no easy task to predict whether Lil Nas X would establish himself as a genuine presence in music. Without a full album, or much of a supporting discography at all really, the artist’s future appeared to be an amorphous question mark. While his 2020 single “Holiday” did quite well, peaking at No. 37 on the Billboard charts, he didn’t appear to be maintaining his momentum from “Old Town Road”’s record-breaking 17 weeks at No. 1. With “MONTERO (Call Me By Your Name)” debuting at No. 1, however, Lil Nas X has cemented himself as at least a two-hit wonder and created a huge amount of momentum for his upcoming studio album debut.

The song’s reach has been amplified by conservative voices getting up in arms about the song’s content and music video, with former U.S. Marine Matthew Betley calling it “sick and depraved and an attempt to destroy our society” in a now-deleted tweet. Comedian Matt Walsh wrote an article for the conservative outlet Daily Wire entitled “With His Satanic New Video, Lil Nas X Is Directly Preying On Children.”

It’s hardly a surprising reaction, given the presence of lyrics such as “I want that jet lag from fuckin’ and flyin’/Shoot a child in your mouth while I’m ridin’,” which are explicit enough to prompt pearl-clutching even independent of the visual content (which includes the artist riding a pole down to hell and giving Satan a lap dance). It’s hard to divorce the apparently conservative reaction to the song from attitudes these posters display toward Lil Nas X’s identity as an openly gay artist making music that does not address his sexuality obliquely. The offense seems to originate, at least in part, in the massive voice and artistic freedom granted to a gay man.

This has not phased Lil Nas X. On April 5, he posted, “i hope my haters are sad. i hope they are crying. i want your tears to fill my grammy cup.” It’s hard not to imagine he predicted this. If his daily quote-tweets of enraged politicians are any indication, he’s enjoying it.

In fact, the situation has doubled on the back of Lil Nas X’s release of customized Nike “Satan Shoes,” which include a drop of real human blood. (The blood, if you were curious, comes from members of the art collective responsible for designing the shoes, MSCHF.) Despite the shoes selling out almost instantaneously, MSCHF has since been forced to recall the shoe as a result of a lawsuit from Nike. Many people incorrectly assumed that the shoes were an official Nike release, leading many to threaten a boycott of the company.

The music video itself is a bit cheap looking, but of course little of the conversation surrounding “MONTERO (Call Me By Your Name)” has to do with its artistic value. Nothing about it is groundbreaking or impressive, save maybe the volume of fuming indignace it has spawned online. While the song is catchy and well-produced, it doesn’t have much to offer those treating it as a piece of popular art rather than another coal propelled into the firebox of our machine of perpetual outrage.